For first time ever, Polygon (MATIC) has lower TVL than Optimism — but there is caveat

Second-Layer solutions on top of the Ethereum (ETH) network become increasingly popular in 2022; L2 majors Optimism and Arbitrum are hosting over 160 protocols combined.

Optimism (OP), the largest rollup-based second-layer scaling solution for the Ethereum (ETH) network, has accomplished yet another milestone in terms of massive adoption. Image by DefiLlama As displayed by DefiLlama, a major tracker of decentralized finance (DeFi) protocols, 61 products on the Optimism (OP) network amassed $2.38 billion in total value locked (TVL). 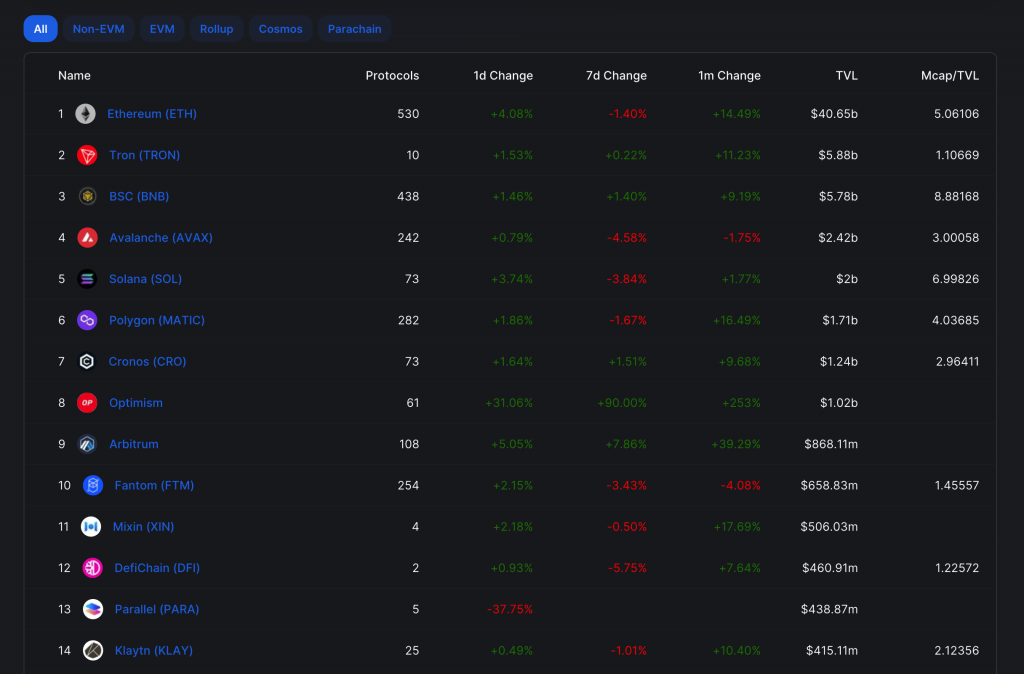 Meanwhile, 282 protocols on the Polygon network (MATIC) managed to attract $1.83 billion. Both results include the statistics on borrowed money. Tron (TRX) and Solana (SOL) remain the leaders of the non-EVM segment — which includes protocols that lack seamless compatibility with Ethereum (ETH) — with $5.88 billion and $2.29 billion locked respectively. Ethereum’s L2s are rocketing in Q3, 2022 Both Optimism (OP) and Arbitrum, the two largest second-layer networks on Ethereum (ETH), are using the Optimistic Rollups technology to bundle Ethereum (ETH) transactions and broadcast them to the mainnet.

In August 2022, Ethereum’s L2s ecosystem finally managed to erase its losses associated with the aftermath of the Terra (LUNA) drama in May. In terms of TVL, the protocols spiked to pre-collapse levels. Image by L2Beat In the last seven days, Optimism (OP) witnessed a breathtaking 700% run in terms of the TVL amount, DefiLlama says.

The outlook for Bitcoin, ApeCoin (APE), and altcoins amid signs of potential recovery

[Chainlink] DAOs and the Complexities of Web3 Governance

Solana Labs is named in a potential class-action…