The two latest DeFi attacks on April 30 on the Fuse pool on Rari Capital of Fei Protocol and Saddle Finance caused a total loss of nearly $90 million.

At noon on April 30, security unit Peckshield reported that Saddle Finance, an AMM protocol on Ethereum, was hacked, resulting in over $10 million in losses.

According to blockchain transaction analysis, the attacker flashed 15 million USDC, then conducted a chain of value manipulation transactions on Saddle Finance to gain 3,375 ETH, worth more than $10.2 million. Hackers tried to launder money through Tornado Cash but only stopped at a small level, while most of the money remained in the wallet. 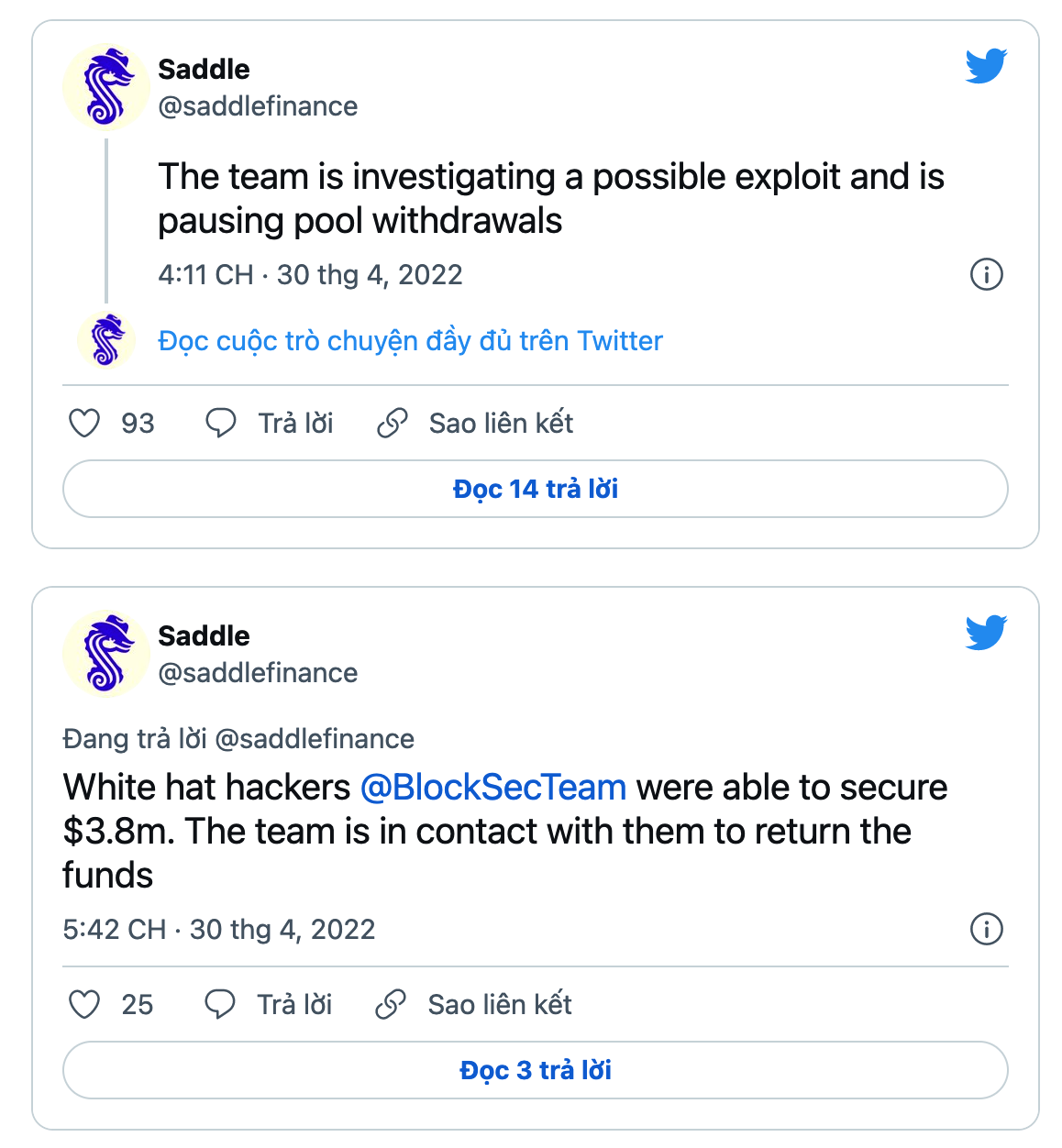 Then, in the afternoon, the algorithmic stablecoin platform Fei Protocol announced that their Fuse pool on Rari Capital had been hacked, but the damage was unknown. Hackers have now started transferring funds to Tornado Cash for laundering. However, the hacker’s wallet has 27,974 ETH, worth nearly $80 million.

Fei Protocol announced to suspend all borrowing activities to limit damage and awarded a $10 million reward for hackers to return all the money.

We are aware of an exploit on various Rari Fuse pools. We have identified the root cause and paused all borrowing to mitigate further damage.

To the exploiter, please accept a $10m bounty and no questions asked if you return the remaining user funds.

Also, on April 30, the hacker who attacked Parity in 2017 suddenly moved 9,000 ETH (worth $25 million) to Tornado Cash and carried out money laundering. The Parity attack then resulted in the loss of more than 153,000 ETH.

Top 4 Altcoins Will Explode In 2022, According to CryptoBusy

BlockSec alerted to a replay exploit with ETHPoW tokens

Thousands of users watched a fake Apple crypto scam on…

Walt Disney Company is seeking legal help as it expands into…

XRP price has soared by more than 40% over the past two days. With the most recent price uptick, XRP has become the…
Loading ... Load More Posts No More Posts