Ethereum surged past yet another milestone, with ETH price breaching the $ 1,800-mark to post a new ATH

Ethereum price has passed another major milestone on the price chart, breaking the $ 1,800 level, recording new ATH levels. Corresponding to the price increase, ETH’s market cap also exceeded $ 200 billion for the first time. Furthermore, ETH has also been on a sustained uptrend since the beginning of 2021. Elsewhere, according to CME managing director Tim McCourt, CME ETH futures reached an impressive 388 contracts traded on the first day of launch.

Ethereum surged past yet another milestone, with ETH price breaching the $ 1,800-mark to post a new ATH

In fact, since breaching its 2018-ATH at $1,448, ETH has been undergoing price discovery on the charts. Interestingly, ETH’s performance came on the heels of Bitcoin itself doubling its value after its own breach of its 2017-ATH.

The interest in Ethereum has accrued from the derivatives markets as well, with 3,529,404 ETH Options contracts being traded in January 2021. In fact, the contracts were up by 18% from December 2020. 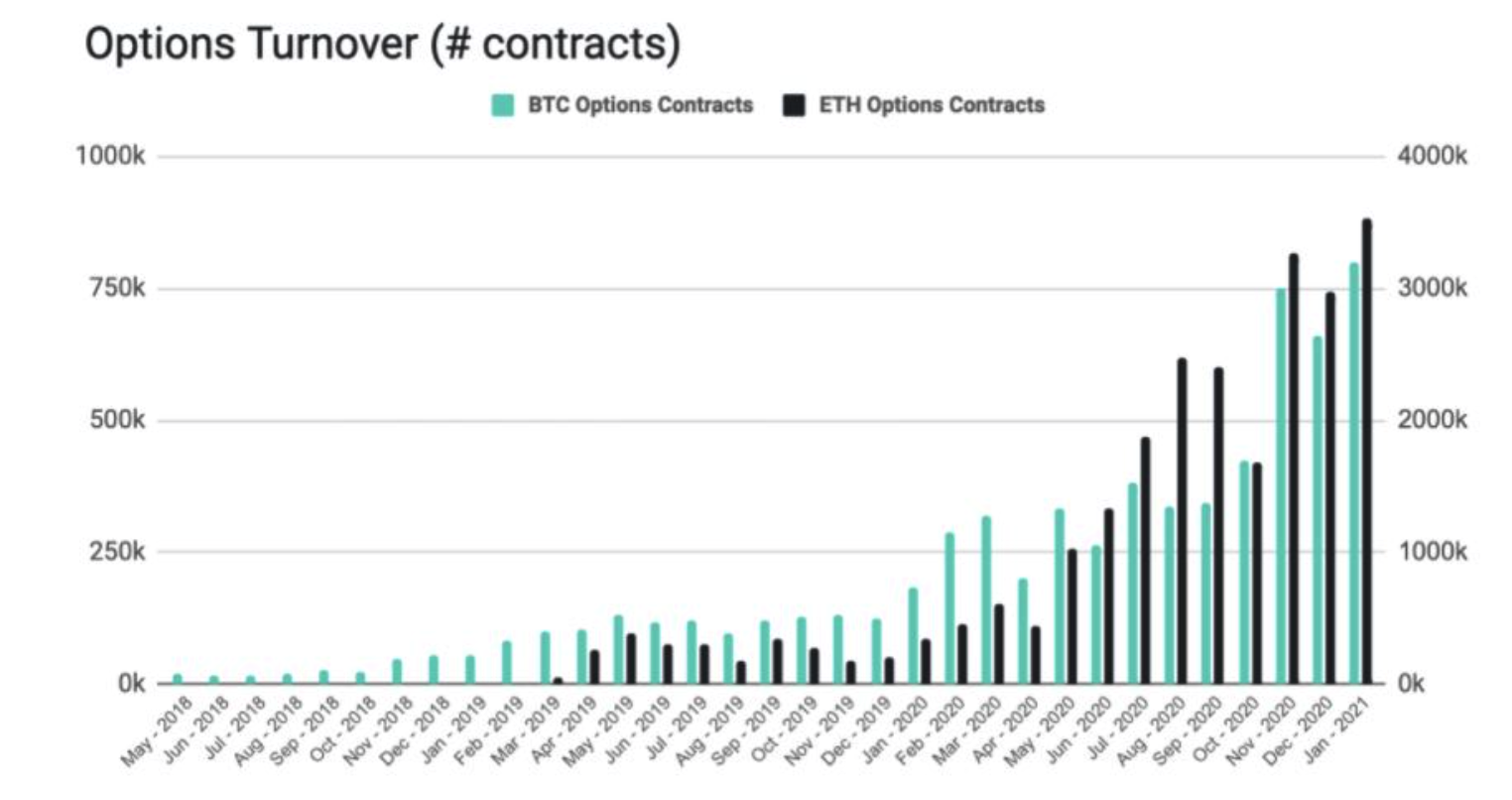 The total turnover was close to $96 billion. The increasing interest in the ETH market was also observed in terms of Open Interest. In January 2021, ETH OI jumped from $800 million to a whopping $1.8 billion, exhibiting a growth of nearly 130%.

According to Glassnode, the total Ether staked in Ethereum 2.0 network recently crossed the $5 billion mark, with the same doing so in a very short period of time. It is important to note that the validators who have staked their Ether in ETH 2.0 will be able to recover their assets only after Phase 2 is launched, which is at least another year into development. Such sentiments highlight long-term trust in the development of ETH 2.0, with the crypto likely to see an improved monetary policy with EIP-1559 as well.

When it comes to institutional capital inflows, it is still early days since Bitcoin absorbs most of the attention from accredited investors. The launch of CME Ethereum Futures is a bright beginning, but it may take a little while before we see constructive institutional interest in Ethereum.

“The estimated amount is about 19,400 ETH with a total value of 33 million USD. Indeed, the market’s reaction to Ether is impressive.”

Monday marks the first full trading day for CME ETH futures. The derivative exchange first announced its plans to launch ETH futures in mid-December of last year. Contracts – 50 ETH respectively – are settled in cash and based on the CME CF Ether – Dollar reference rate. In addition, the minimum trade volume will be 5 contracts.

McCourt has revealed the first date figures on a new episode of The Scoot. He detailed the launch roadmap and how to align ETH futures contracts with CME’s larger roadmap. ETH contracts are the second product after CME BTC contracts, a very popular product with an Open Interest value of up to $ 1.5 billion in December.

Before that, Bitcoin futures saw more than 1000 contracts traded on the first day. Referring to the corrected market capitalization and other metrics of these two cryptocurrencies, McCourt said he was excited about the numbers on the first day of release.

McCourt said that there are plans to promote more product supplies, but did not reveal too much detail about the organization’s plans in the near future. Notably, he is also looking at the top issues after the launch of ETH futures.

At press time, Ethereum was valued at $1,805, with the next target at $2,000 well within the realm of ETH’s bullish momentum.

Weiss Crypto Rating: There won be an Ethereum Killer…