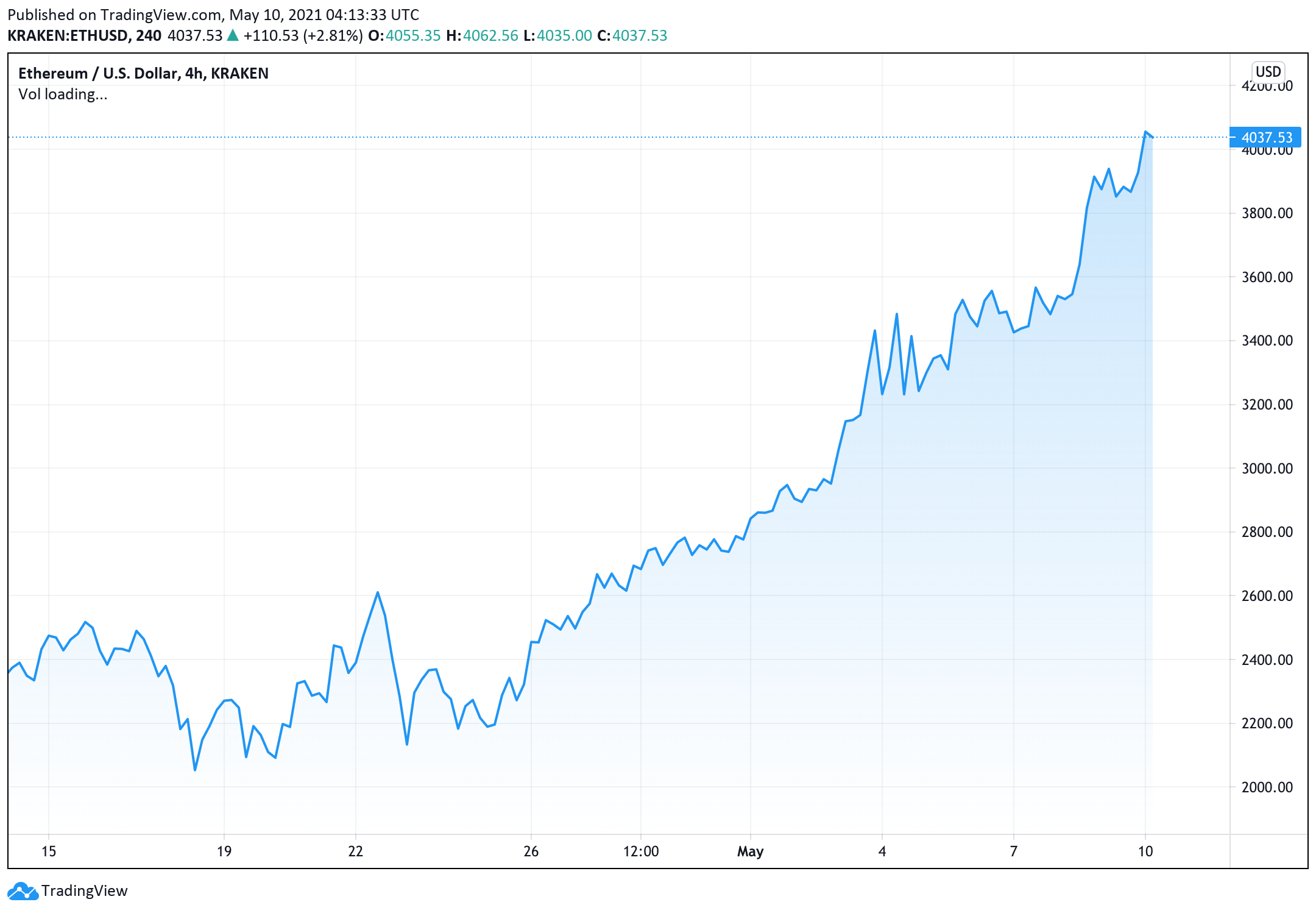 Ethereum price, the world’s second-largest cryptocurrency by market capitalization, has smashed past $ 4,000

Its latest all-time high ends a week of significant growth. On Monday, the price jumped to $ 3,000. The next day it hit $ 3,500 and it’s been up since then. With a market cap of around $ 460 billion, Ethereum still plays the second most difficult role behind Bitcoin. However, it’s possible that this could change.

While this is an impressive performance on its own, keep in mind that ETH was below $ 800 in early 2021, the asset only intensifying in the following days. After charting consecutive all-time highs above $ 3,000, ether continued its move up and hit another milestone at $ 4,000 just minutes ago. In other words, the value of ETH has risen 33% in less than a week.

While Bitcoin is a form of digital cash, Ethereum is digital cash and more. Its blockchain allows for the creation of a decentralized world of financial services through the pioneering use of smart contracts – self-executing computer bits of code.

Thanks to Ethereum smart contracts, decentralized financial services (DeFi) have exploded over the past year. Olaf Carlson-Wee, the founder of Polychain Capital, estimates that around $ 75 billion is locked up in decentralized autonomous organizations that govern the industry.

The biggest news for Ethereum this week came on Friday when asset management firm VanEck submitted a proposal for an Ethereum exchange-traded fund to the US Securities and Exchange Commission.

An ETF is a financial instrument that allows investors to invest in an asset without having to buy it directly. They are a cheap and managed way for investors to buy cryptocurrencies on the stock market. That attracts a crowd of wealthy financial institutions who won’t touch crypto exchanges.

More and more predictions are coming around Ethereum 2.0. Upgrading to Ethereum promises to be faster, cheaper, and less environmentally damaging. The current version of the Ethereum blockchain will merge with version 2.0 later this year.

Bitcoin price is trading at $57,500 with sideway movement in the lower and higher timeframes