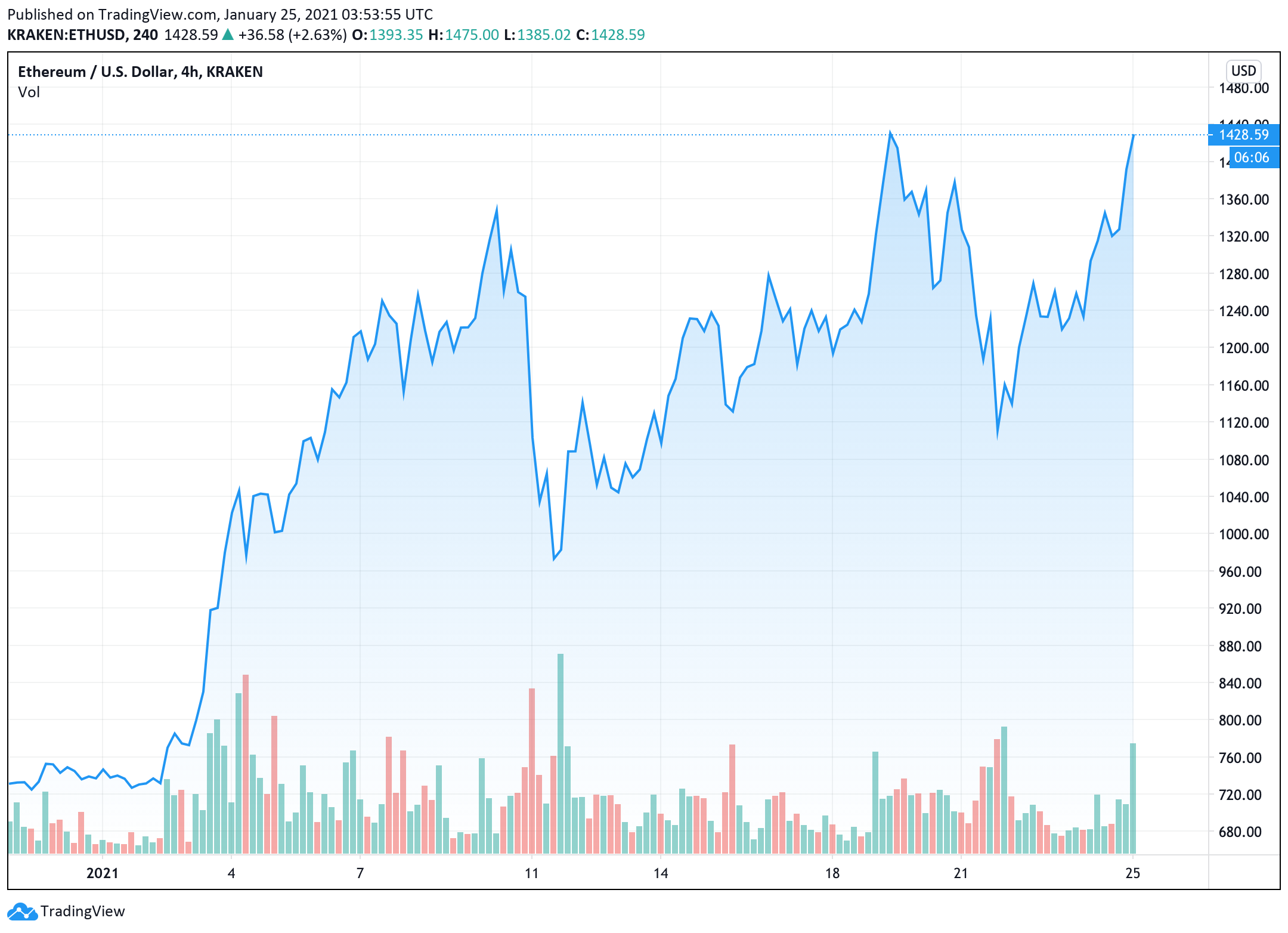 While ETH has trailed its larger cryptocurrency sibling, Bitcoin, in its journey to new lifetime highs, it has outpaced the top cryptocurrency on a year-to-date basis with an 88% increase. BTC has risen 10.98% so far this year.

In another development, an early Ethereum investor has revealed he has now become financially independent after selling all of his ETH, with the price of the cryptocurrency being above $1,200 at press time.

On Reddit, a user going by FollowMe22 revealed in a thread that they had sold all of their remaining cryptocurrency this week, after starting to buy up ETH when the cryptocurrency was trading slightly above $2 back in 2016.

The user claimed he had “missed the boat” on bitcoin, and described using his tax returns in 2016 to buy ETH, and investing “a couple hundred” on the crypto whenever he was able to. To save money to invest, the Redditor did not buy a car and used his bike to commute to work.

“Sold a large chunk during the previous bull run in 2017, and sold the remaining in multiple sales this January. Averaged about 150x on my cost basis across all sales. All long-term capital gains. Now I’m 27 and financially independent. Will be buying my parents a house this year.”

At the time, the user wondered whether there was a significant risk of keeping his holdings on the cryptocurrency exchange where he acquired the funds. After clearing up his doubts, FollowMe22 did seemingly invest and managed to hold onto his funds.

The Ethereum price has surpassed the $1,400 mark twice so far: once in early 2018 and earlier this month. Some analysts, however, believe it could go much higher. Fundstrat strategist David Grider has revelated he believes the price of Ethereum could go to $10,500.

Former Goldman Sachs executive Raoul Pal has revealed he believes the price of ETH, the second-largest cryptocurrency by market capitalization, could go to $20,000 this cycle, based on Metcalfe’s Law.

Binance CEO: Due to the high fees, Ethereum has become…