Ethereum price stalled after hitting a critical high of $ 420 earlier this week. At press time, ETH is trading around $ 408, not climbing higher even as Bitcoin explodes with another breakout before the weekly close. Despite the mixed price action, analysts contend that ETH remains in a bullish state. 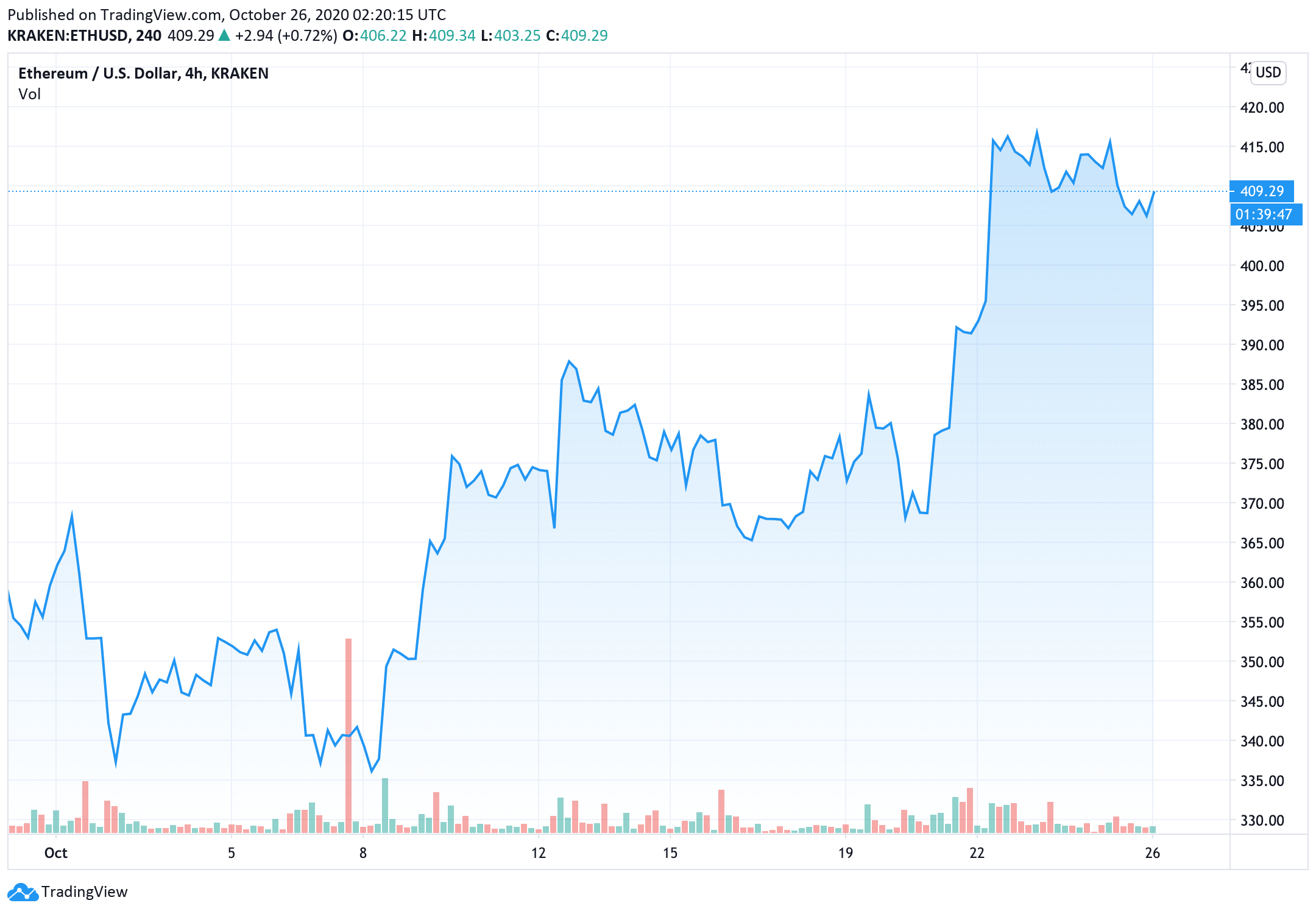 Ethereum price is still in an uptrend

According to analyst Trading Cyclist, Ethereum is still in a consolidation state below the pivot level. In parallel, the uptrend appears to remain intact as ETH holds the $ 400 support zone:

“We got the move everyone wanted. Now price meets the resistance of Sine upper band. Today’s candle shows already a small lower shadow. Some retest around 396/400 might be necessary to break above the band like the end of July, but uptrend on track!” 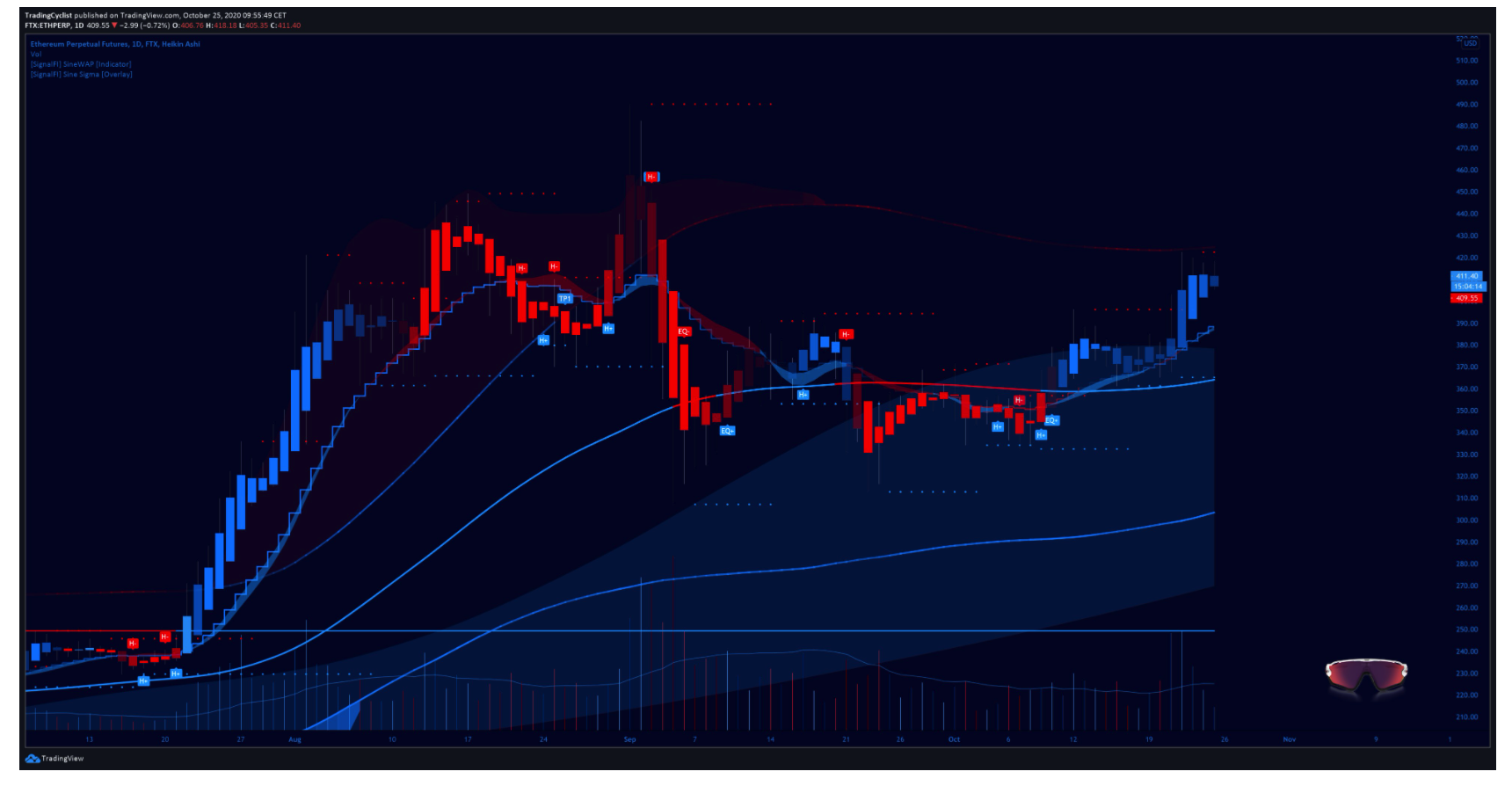 Trading Cyclist and cryptocurrency analyst Steve also emphasized that ETH is currently about to form another milestone higher as it consolidates between $ 405 and $ 420 zones. However, one of the mechanical catalysts. The critical version for Ethereum’s bullish trend may be halted for now.

Specifically, according to researcher Danny Ryan from the Ethereum Foundation, the ETH2 deposit contract could be pushed back due to the audit. A deposit contract is a contract that will link the original Ethereum chain with chain 2.0 to enable staking.

“This library is critical to creating keys, signing messages. Critical, in early phases, [means] that if you use this library, they need to be secure; if you use it to generate your wallets, it needs to have good randomness; and if you are signing your deposits which have a signature associated, it needs to be correct. Given how critical this library is, and given that, if there is a fundamental error in this library, we could f*ck some sh*t up in terms of genesis deposits, that is the blocker.”

Other Ethereum researchers and developers suggested that there will be a delay between publishing the deposit contract and the actual chain launch.

Bitcoin price may now see sideways action for a few months after breaking through crucial multi-year resistance at $12,000

Ethereum price could rise steadily towards the $495 and…