Ethereum price seems to be performing well for the past few days. This power culminates in a rally to critical levels of $ 250. The continuous rise has quickly turned cautious investors into bulls. 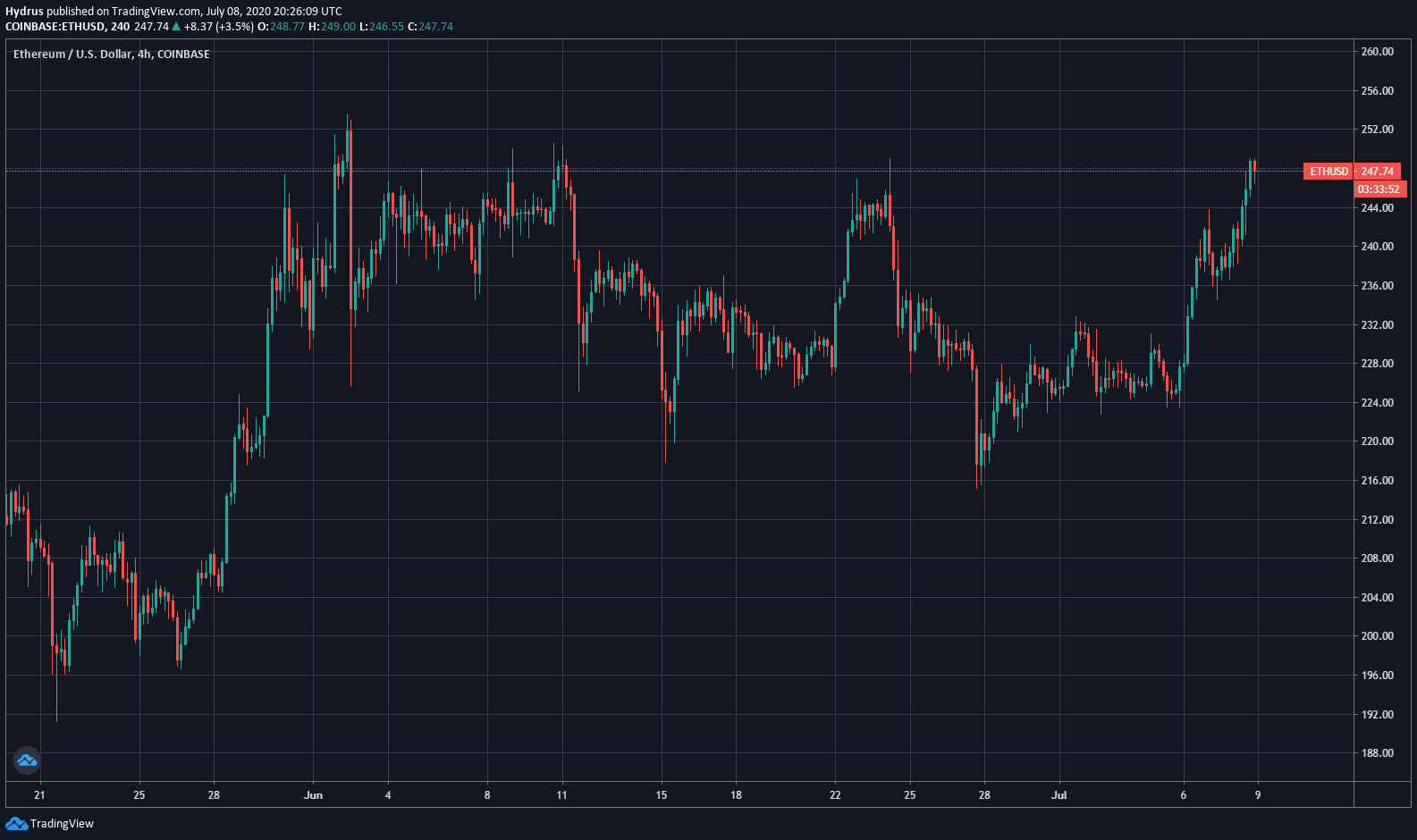 Chart of ETH’s price action over the past seven weeks from TradingView.com

According to ETH Gas Station, the gas price recently hit 73 Gwei. This means that temporary transaction fees are at their highest for months, making most users unsustainable. Even after the initial spike, the gas price remains at 35 Gwei as of press time, four to five times higher than the gas price during lulls.

Therefore, it is highly likely that if there is a high demand for Ethereum transactions, the cost to send transactions will increase. Still, some analysts and network proponents believe that high transaction fees could be Ethereum’s downfall.

My precious gas prices… you betray me. pic.twitter.com/qol7YD3Jzb

“So long as ETH 2.0 is not fully rolled out, there’s an obvious opportunity for a highly scalable blockchain to dethrone Ethereum. Paying $ 10 transaction fee and waiting 15 seconds for settlement is just bad UX.”

Moreover, high Ethereum fees also reinforce the sentiment that ETH has not defeated its competitors.

Although we have yet to see Ethereum’s dominance ultimately threatened, the asset rivals are gaining strength.

Cardano, for example, has performed very well this year. Since the beginning of the year, Cardano’s ADA has increased by 200%, trading at $ 0.13 at press time. Meanwhile, ETH has risen by 90%, relatively weak since the beginning of 2020. The outperformance of ADA is predicated on the launch of the so-called Shelley upgrade.

“The Shelley era represents the natural maturation of the network, making it more useful, rewarding, and valuable for users new and old. Something also about preparing for the future. Shelley will set the stage for a fully distributed network, and an entirely new application ecosystem with even greater things.”

Even the bullish of ADA holders, traders increased, even more, when Cardano founder Charles Hoskinson said that he thought that Ethereum’s market share could start to narrow.

$290 is a reasonable next target for ETH

While BTC remains squarely in the middle of its multi-month consolidation channel between $9,000 and $10,000, ETH is currently pushing up against the upper boundary of its range – which was formed in early-May. If it can break above $250 and set fresh post-March highs of over $255, the token could then set its sights on $290.

According to DYORangutang, a firm break above $250 is all that is needed for it to start journeying up towards its YTD highs.

Another analyst echoed this bullish sentiment, explaining that he believes the cryptocurrency is currently on a “moon mission” that will result in it seeing significantly further upside in the days and weeks ahead.

In the near-term, it appears that a robust four-hour candle closes above $248 is imperative in order for Ethereum to continue climbing higher in the days and weeks ahead. 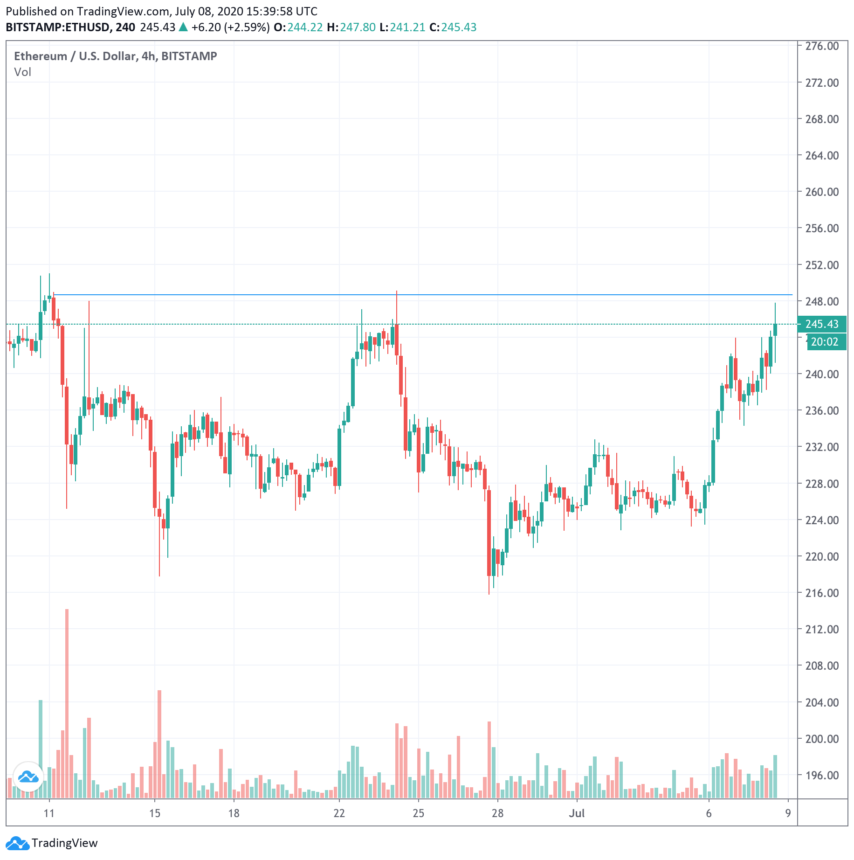 While looking at the chart above, there have been multiple occasions over the past few weeks where the crypto was rejected at this level. If it is able to close above the level – especially on its daily chart – it is a strong possibility that Ethereum price will soon make a bid at $290. How it reacts to this level could offer significant insights into its mid-term outlook.