Ethereum price is rising and might continue to rise towards $2,000, here’s why

Ethereum price remained well bid above the $1,650 level. ETH formed a base and started a fresh increase above the $1,750 resistance zone. The bulls pumped the price above the $1,800 level. At the time of writing, ETH is changing hands at $1,897. 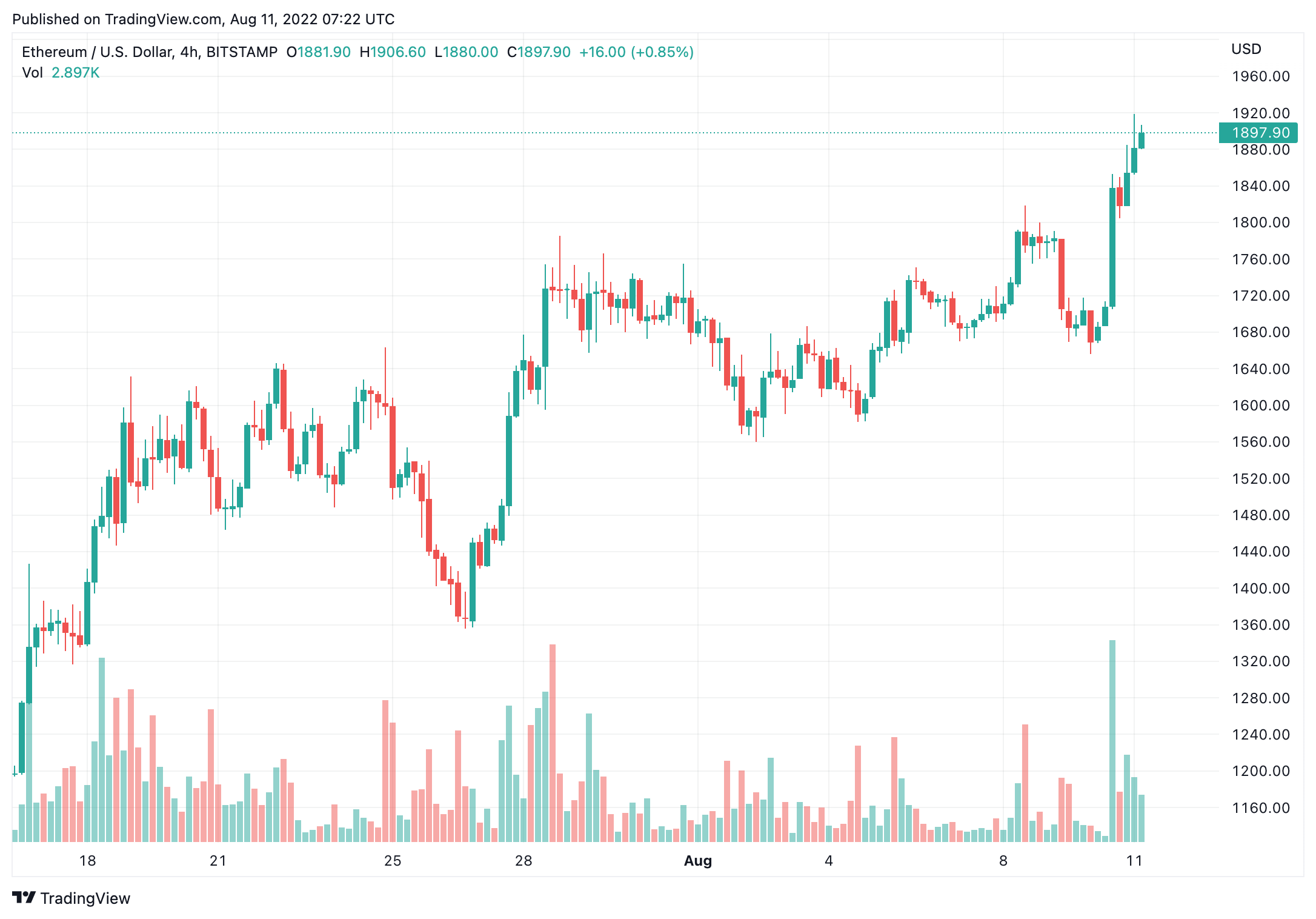 The price climbed higher and even broke the $1,850 resistance. Finally, there was a move above $1,900, and the price settled above the 100 hourly simple moving average. A high was formed near $1,919 and the price is now consolidating gains. It is now trading well above $1,800 and the 100 hourly simple moving average. Ether price is also well above the 23.6% Fib retracement level of the upward move from the $1,655 low to the $1,919 high.

One thing special is Ethereum steps closer to Proof-of-Stake as Goerli testnet Merge goes live. Goerli successfully transitioned to proof-of-stake shortly after the network’s total block difficulty crossed 10,079,000.  It follows in the wake of two testnets — Ropsten and Sepolia — which have both transitioned from proof-of-work (PoW) to a proof-of-stake (PoS) system. Both testnets were a precursor to Goerli’s successful transition.

According to Ethereum developer Marius van der Wijden, confusion arose on the network due to two separate and unique terminal blocks as well as “lots of non-updated nodes” as a reason for an unexpected delay, which was anticipated to go live earlier in the day.

Despite those initial speed bumps, the testnet appears to be operating as intended which followed a successful upgrade to Goerli’s beacon chain, Bellatrix, earlier this year.

Ethereum’s blockchain has now edged closer to a full transition to proof-of-stake in what is known as the Merge — a multi-year event designed to pivot the chain to a more environmentally and efficient protocol. The Merge will finally occur when the current proof-of-work (PoW) Ethereum mainnet protocol will join with the Beacon Chain proof-of-stake (PoS) blockchain network and exist as a PoS chain. That event is likely to culminate in mid-September, according to proponents.

US Rep. Brad Sherman wants SEC to focus more on the activities of “the big fishes” instead of XRP