Bitcoin price has strongly overtaken Ethereum in the past month. Over the past 30 days, BTC has risen about 50% because the Ethereum price has only increased by 20% – 30%. Analysts think this gap will narrow in the coming months as Ethereum is driven higher by technical and fundamental trends. At press time, ETH is trading around $ 467, up 1% over the past 24 hours. 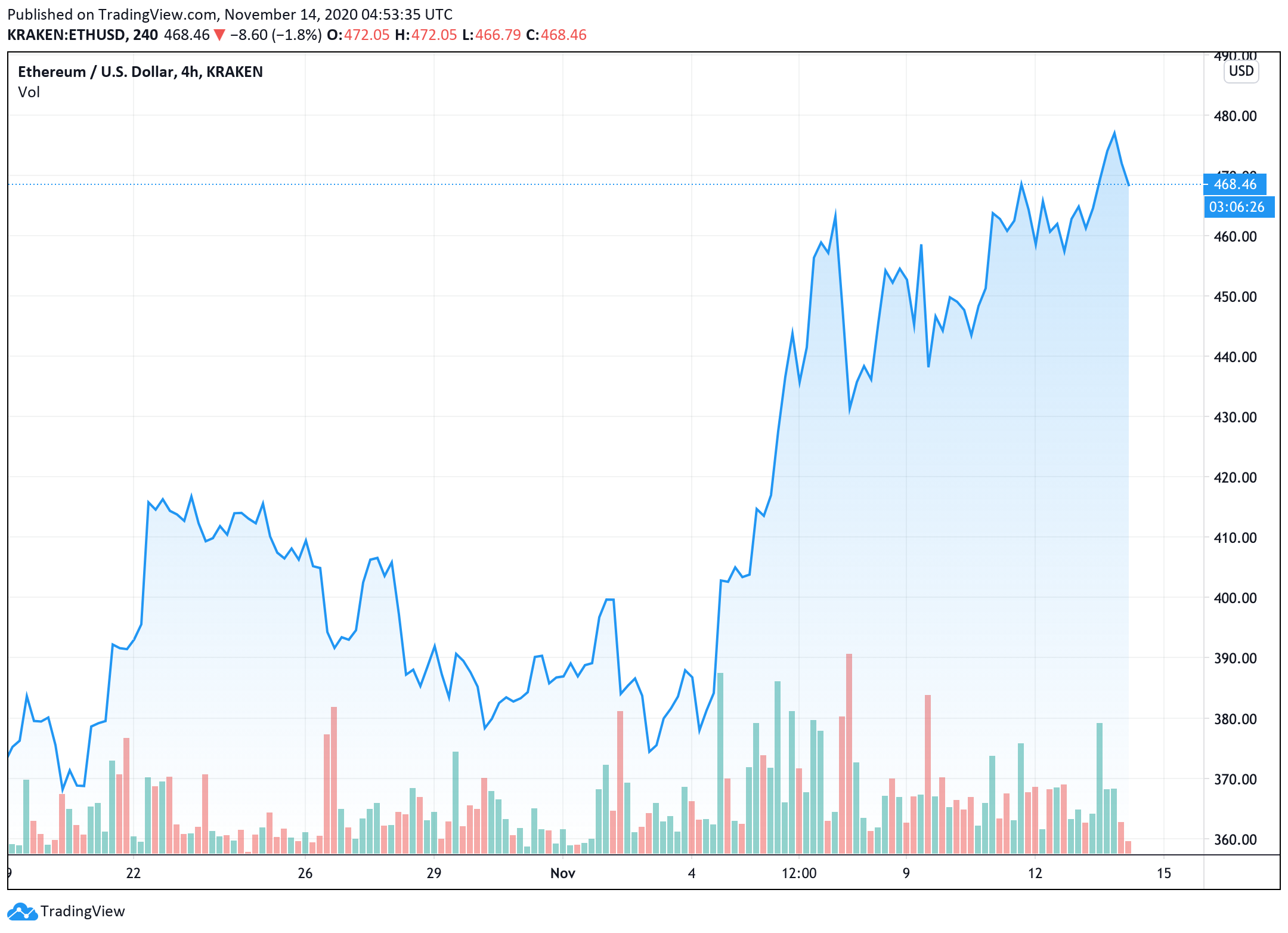 Ethereum price will rally strong momentum in the near term

Analysts think this gap will narrow in the coming months as Ethereum is driven higher by technical and fundamental trends.

According to cryptocurrency analyst HornHairs, Bitcoin’s price action has been related to Ethereum’s price chart over the past few years. As the charts point out, there has been divergence with ETH trading far below Bitcoin’s all-time high. This analysis shows that ETH will quickly climb higher over the coming weeks and months as it tries to catch up with Bitcoin.

As for context, Bitcoin is at around 20% from its all-time high. Ethereum reaching a similar level means it will need to recover at least $ 1,000, 100% higher than its current price. 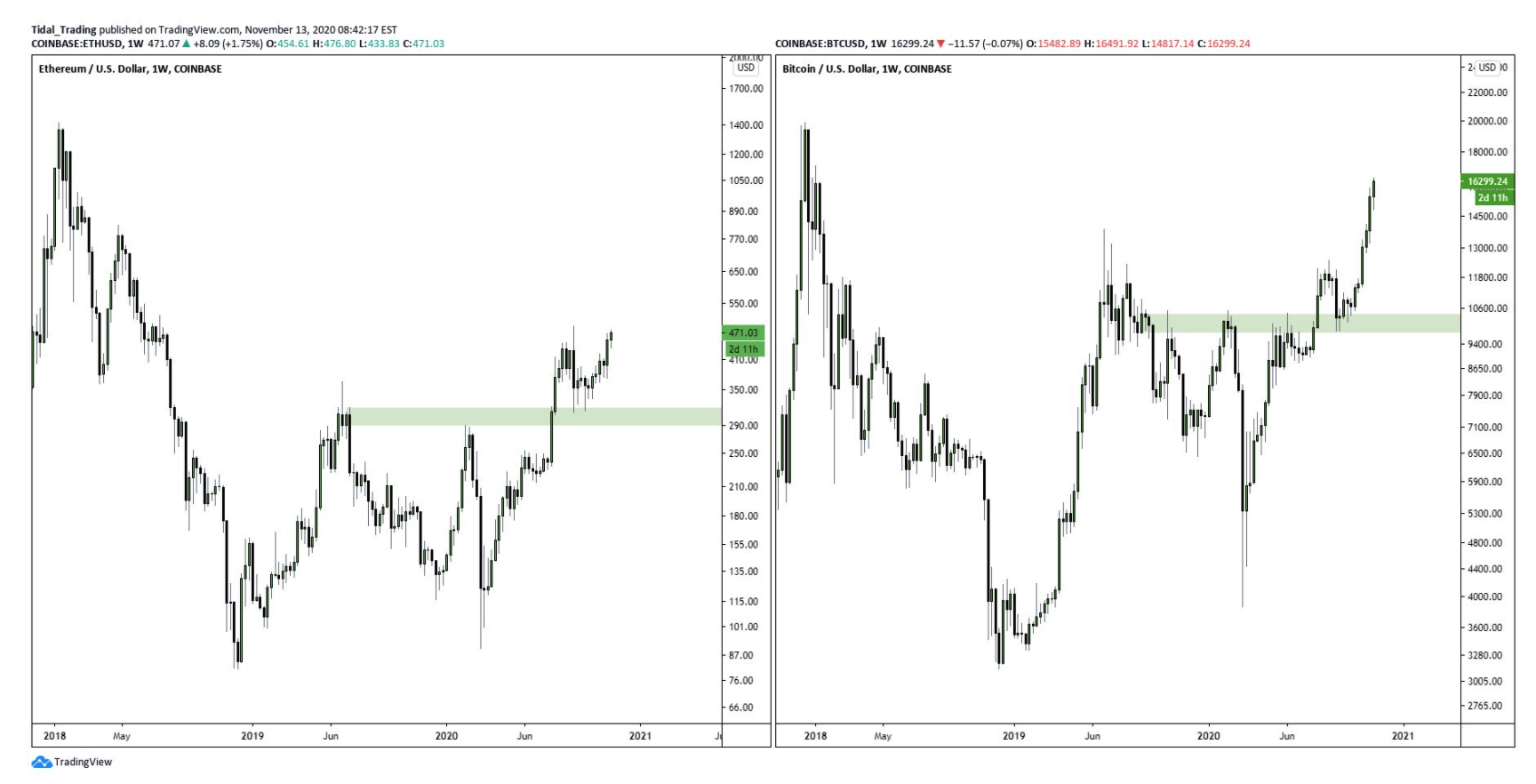 Chart of BTC’s price action over the past few years | Source: TradingView

There are also signs that Bitcoin dominance could soon decline, which should increase the chances of an altcoin rally. Analysts are optimistic that an altcoin rally will be especially beneficial for ETH.

The data shows a large amount of Ethereum accumulating that validates the bull case mentioned by the analysts.

Grayscale reported a strong week of Ethereum institutional purchases earlier this month. The company also recently reported that they now have over $ 1 billion ETH in management for its clients, which is a rapid increase compared to AUM (ETH) just a few months ago:

“MILESTONE: Grayscale #Ethereum Trust has just hit $ 1 billion AUM! As the first publicly-quoted $ ETH investment product in the US and the second #digitalcurrency investment product to become an SEC reporting company, we’re proud of the milestones so far.”

Ethereum is set to continue higher due to the advent of staking ETH2, which encourages investors to hold positions in cryptocurrencies. ETH2 users can earn regular profits paid in ETH by running a validation node, replacing miners on this new chain.

Many analysts think that Bitcoin price is overbought, hence the expectations of a drop in the short to medium term

XRP price has broken out above a two-month-long resistance, trading inside a parallel ascending channel