Ethereum price has firmly surmounted $400 for first time in a few weeks, with buyers now attempting flip this level into support

Ethereum price has breached the $ 400 level for the first time in a couple of weeks, with buyers currently trying to turn this level into support. ETH’s latest price surge allows it to outperform Bitcoin and most other major cryptocurrencies. 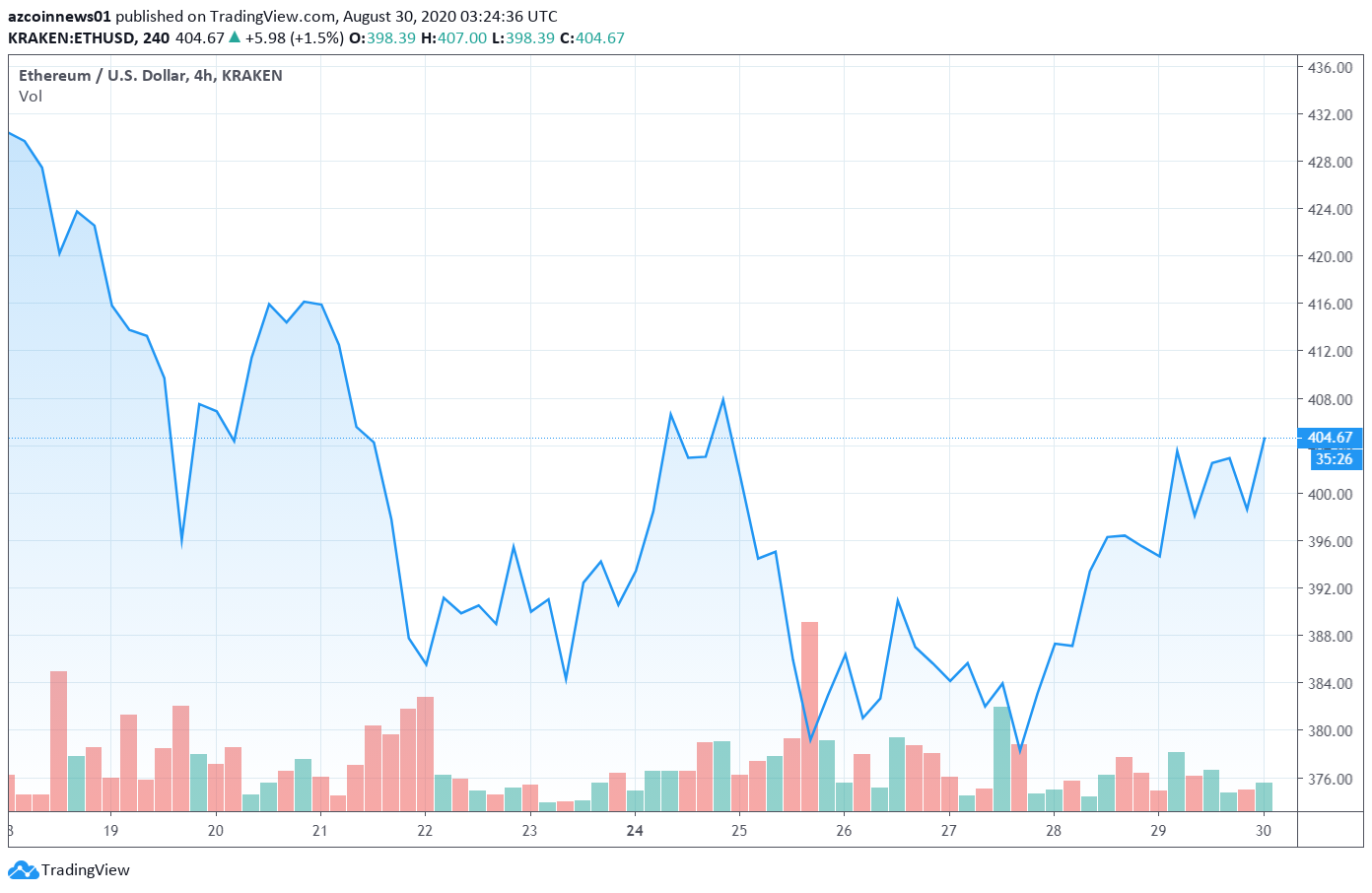 Analysts are widely credited that the cryptocurrency reaches a decisive point, with its short-term trend likely determined by how it reacts to the resistance that sits at $ 405.

That being said, a flip of $ 380 support resistance could be enough to propel it significantly higher, with one analyst noting that this could result in an influx of buying pressure.

At press time, Ethereum is trading up about 2% at its current price of $ 406. This is about the upper boundary of the trading range that the cryptocurrency has been caught in recent weeks.

It’s important to note that while cryptocurrency has attempted to gain a foothold above $ 400 several times in recent weeks, the strong reaction to its $ 380 support level seems to have reinvigorated ETH’s bulls.

Cactus analyst is currently noting that he is closely watching $ 400 for confirmation of support, as moving this level from resistance to support may be all it takes to see. The momentum goes up significantly further.

Seems as though our support level at $380 was once again supported and buyers continue to step in heavily, even though we did bounce back above $400 for a brief minute, $400 still is acting as resistance for now…

Analyst Cold Blooded Shiller explained that $ 405 is a key level of resistance in the short term for Ethereum. He believes that its failure to break above this level could leave it with some significant short-term drawbacks, potentially sending it as low as $ 320.

“Good movement on ETH right up into $ 405. Somewhere around here is the major decision point for me. Narrative based, but I particularly like that this move has been pulled at the weekend, fits into my bias.”

Given the pivotal nature of this level, how Ethereum trades over the next few hours is crucial to understanding its medium-term prospects.

This Defi token is up 27% after the listing on Binance

Over $542 million worth of Ethereum positions were…