Ethereum price is showing some signs of strength today as it moved higher while stuck in a short period of consolidation. At press time, ETH is trading around $ 369, up almost 4% over the past 24 hours.

This consolidation trend comes after ETH rose to as high as $ 380 before facing some increased selling pressure that caused its price to drop back to $ 360 levels. ETH is currently trading squared between These two levels, as buyers and sellers for the most part come to a standstill as they both try to gain control over the short-term outlook of the cryptocurrency.

This sideways trading wave has appeared in part because Bitcoin is also volatile. Bitcoin rallied as high as $ 10,500 yesterday before facing some selling pressure that caused its price to slide to $ 10,200. Whether or not both Bitcoin and Ethereum can cross the upper boundary of these transaction ranges will mean a lot for smaller altcoins.

Ethereum price shows signs of strength after a period of consolidation

At the time of writing, the Ethereum price is trading slightly up to its current price of $ 369. This is the price at which it has been trading for the past 24 hours. This ongoing sideways is not necessarily a bad thing, as it happens after the bulls push the price of ETH above the recent low of $ 320 – capital levels were established just days ago.

The positive response at this level helped ETH salvage the power its market structure has shown previously. As a result, Cactus analyst is currently noting that ETH may be willing to see some further bullish momentum.

Based on the chart below, it can be seen that it is important for ETH to break the $ 380 level in the short term for the uptrend to be validated. 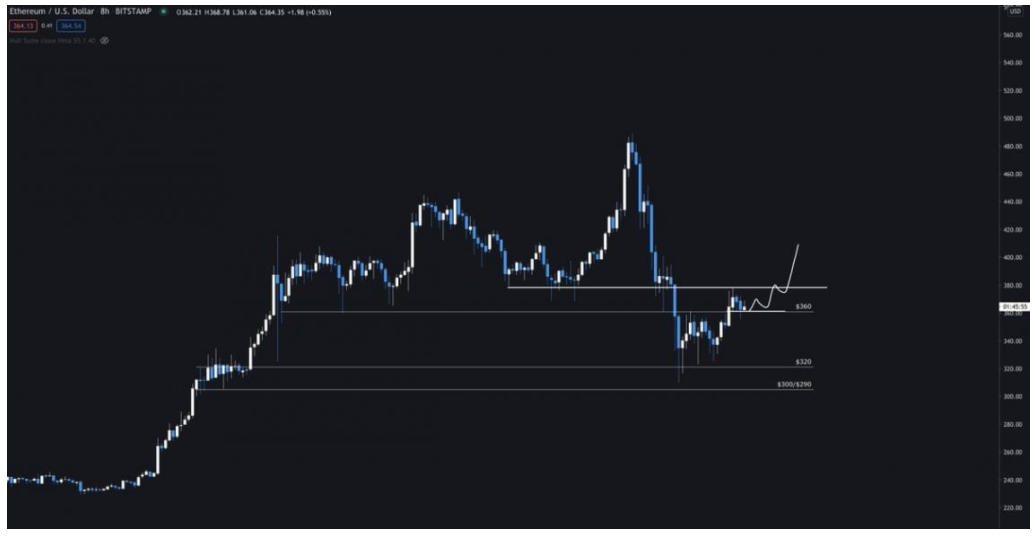 Meanwhile, another analyst Teddy also emphasized the importance of $ 380, emphasizing that whether or not Ethereum surpasses this level or is rejected here will have a major impact on its medium-term outlook.

“Price retested previous support as resistance – currently looks like a rejection. Vital for bulls to push back above.” 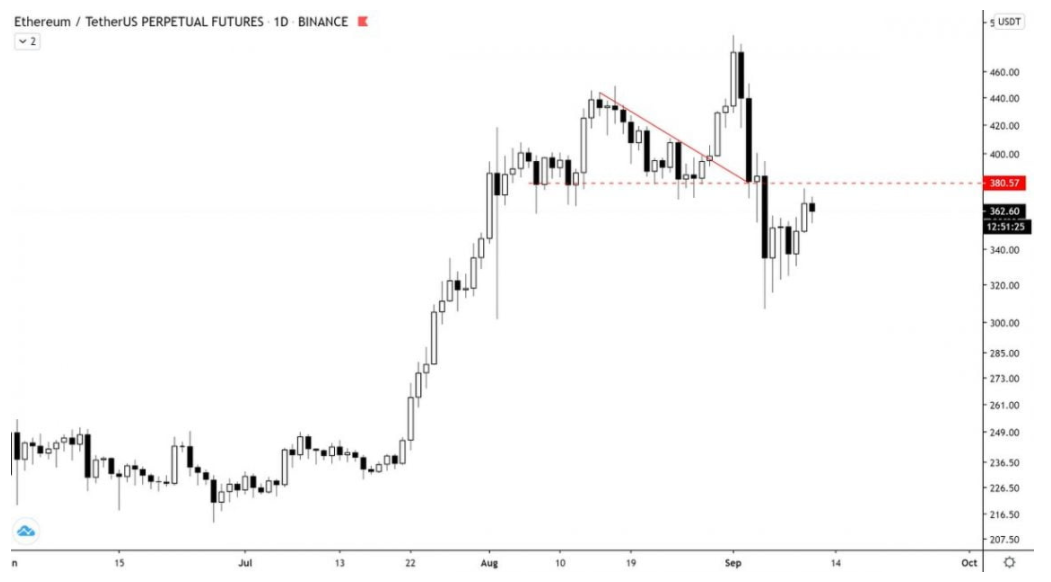 How Ethereum trends over the course of next week are likely to have far-reaching effects on its medium-term outlook.

ETH may soon hit a new ATH after ETH reserves on…

Google Trends: More people are searching for the word…

Ethereum price has been rocketing higher throughout the…

In just 48 hours, Ethereum price rocketed over 50% from…

Ethereum price went up more than 400% last year, while…

With Ethereum price crossing $750 for the first time in…