Ethereum price once rallied close to $ 495, but it failed to surpass $ 500. ETH is currently correcting gains and shows signs of falling below $ 470. In fact, ETH could plummet if there is a clear breakout of below $ 474 and $ 470 shortly. 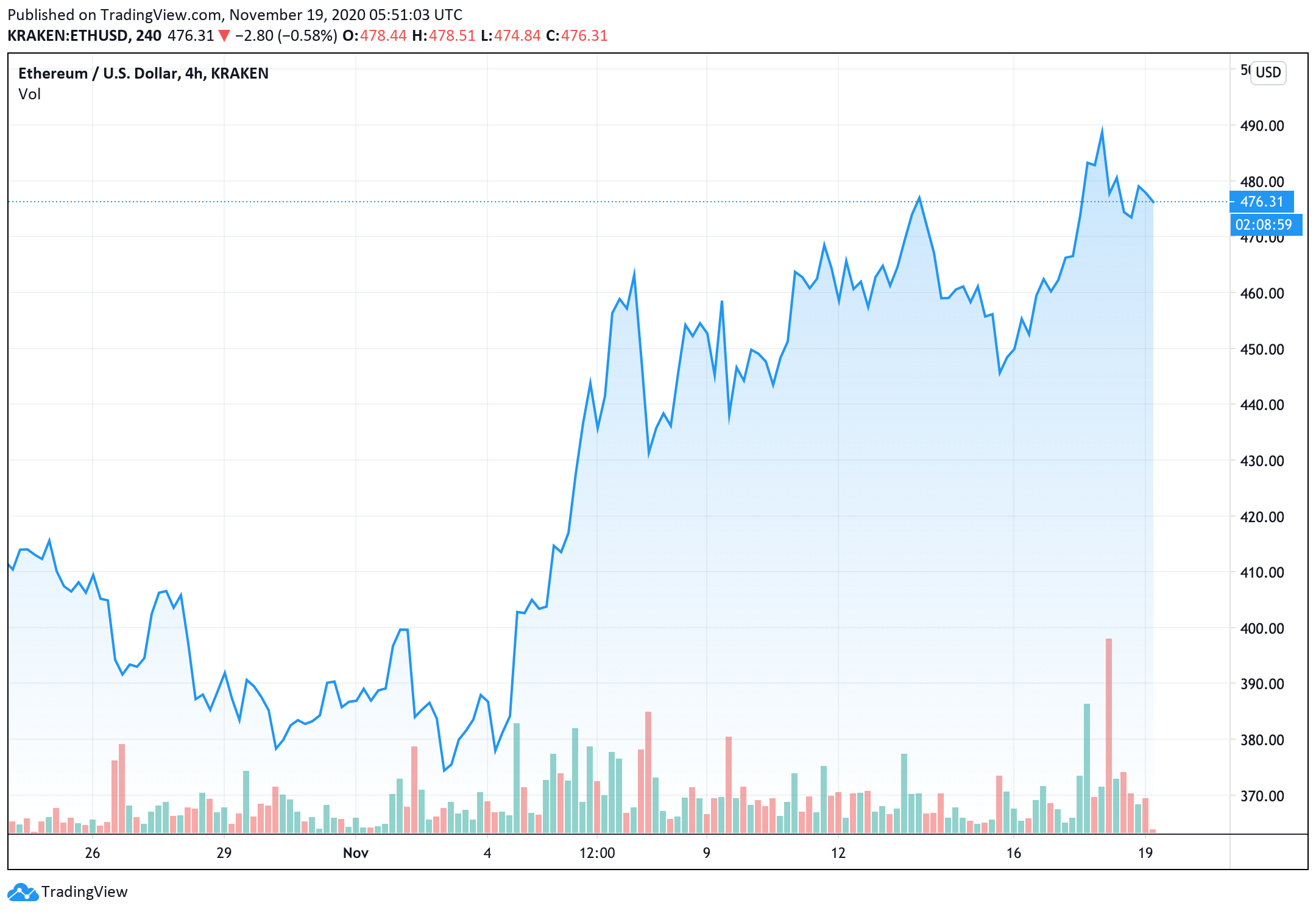 Recently, there was a sharp downside correction below the $ 485 pivot level. Ether price even broke the $ 480 support, but the bulls can still defend the $ 470 support and simple moving average. 100 hours.

The next major support is near $ 474. There is also a major uptrend line forming with support near $ 474 on the hourly chart of ETH / USD. The trendline coincides with the 61.8% Fib retracement level of the recent wave from the $ 470 low to the $ 482 high.

The Dubai investment firm – IBC Group – staking $10 million worth of ETH to support the Ethereum 2.0 launch