Ethereum corrected lower, but it found a strong support near the $ 465 level. ETH price is currently rising and will likely rise further towards $ 500. At press time, ETH is trading around $ 484, which increased by nearly 5% over the past seven days. 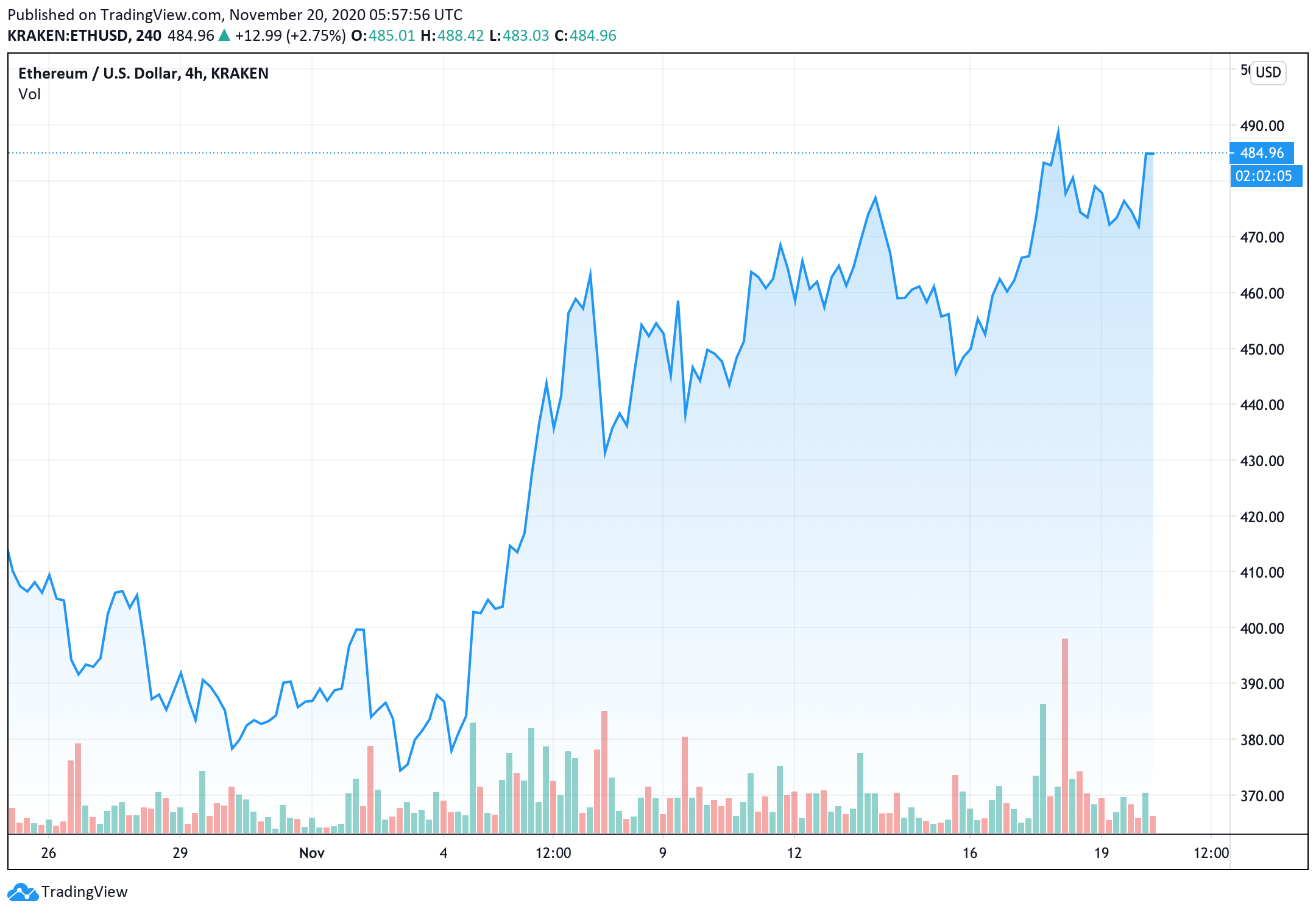 Ethereum corrected lower below $ 495 levels, but the bulls can defend the $ 465 ETH zone that appears to be forming a strong support base above $ 465 and the 100 hourly simple moving average.

Ethereum 2.0 – The expectation factor for ETH is delayed

Speaking on a Reddit Ask Me Anything session on November 17, Vitalik Buterin and a number of Ethereum Foundation members commented on the future of the network and the highly anticipated launch of ETH 2.0.

When questioned about a complete timeline for sharding and the consensus migration, Buterin explained that scaling may be ready before staking:

“For the merge, I would say less than a year is not realistic. Even if a complete merge implementation fell out of the sky in February, I would recommend we sit on our butts until November or so to convince people that PoS is safe.”

Highlighting a comment I made in the reddit AMA yesterday that got buried but I think expresses something important: pic.twitter.com/NR2Y7GWY9U

He stated that sharding can be done whenever it is reasonably stable, and he would be happy not waiting too long to get it out there.

During the AMA, it was also revealed that the proposed Ethereum WebAssembly (eWASM) smart contract redesign has been temporarily suspended. Lead developer Danny Ryan stated that he wasn’t certain that eWASM would ever make it to mainnet. eWASM is an alternative to the currently used Ethereum Virtual Machine (EVM) offering even greater throughput.

EVM is becoming somewhat of a blockchain standard in and of itself and there is a staggering amount of existing contracts, tools, languages, and optimizations all ready for it.

At press time, there had been just over 108,000 ETH staked into the deposit contract according to the ETH 2.0 Launchpad. This represents just over 20% of the target which was expected to be reached by November 24, enabling a one-week period before the Beacon Chain genesis event on December 1.