Ethereum market cap has hit $ 500 billion for the first time amid a streak of new ATH, worth more than Visa

The entire crypto market bounced back after yesterday’s losses and the market cap hit another record at $ 2,550. Bitcoin recovered a substantial portion of the dumping yesterday after soaring above $ 57,000. Most altcoins that have followed suit, including Ethereum, have risen to another ATH. The most prominent is ETH when Ethereum’s market value has hit $ 500 billion for the first time amid a streak of new all-time highs. 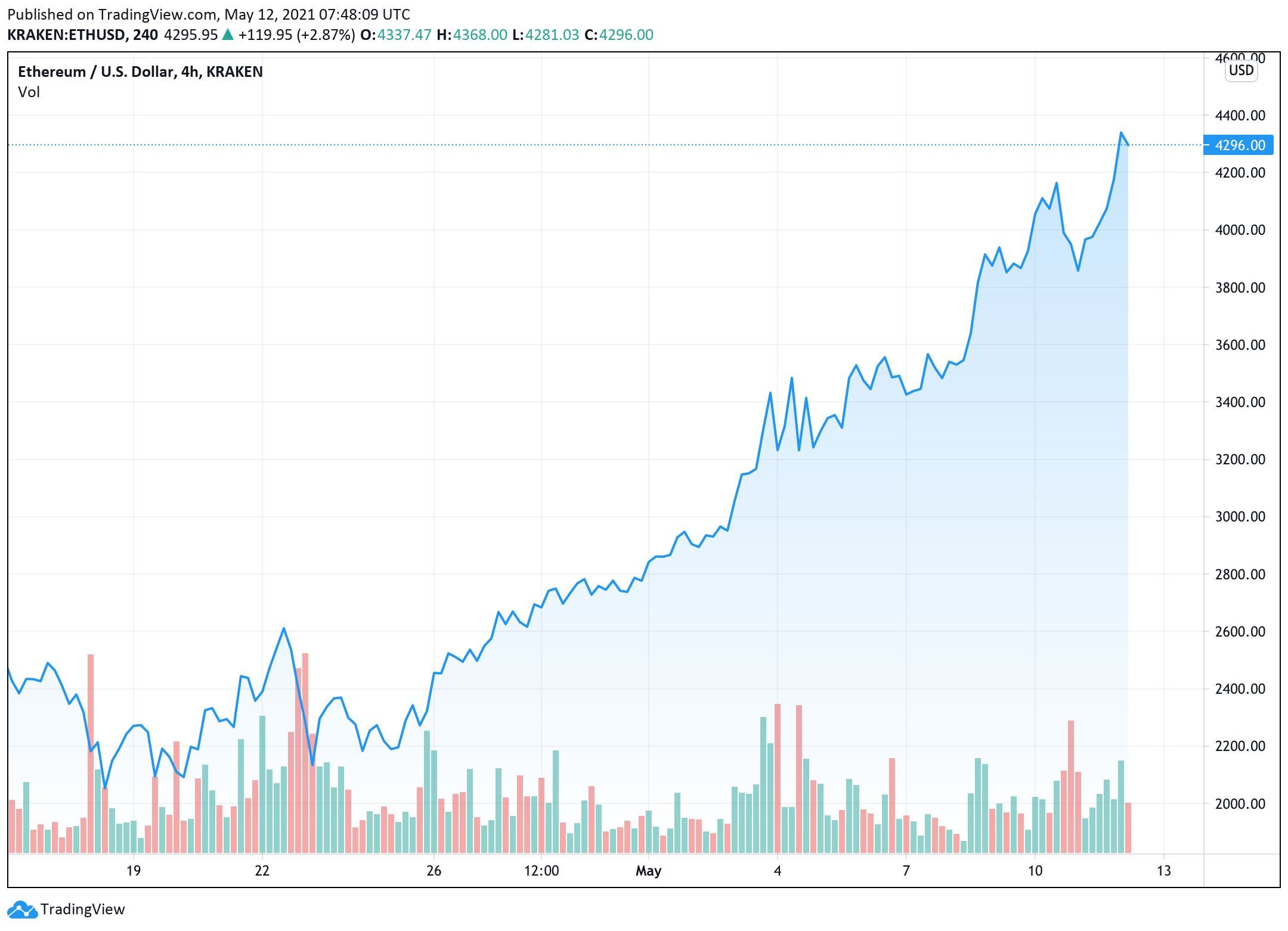 Red conquered the entire crypto market and losses come from all directions. Ethereum flies high from its ATH at the time of $ 4,200 to below $ 3,700 in the hour.

However, the situation has completely reversed since then. ETH is a valid example of this after not only recovering all of its losses but rising higher with its latest record just minutes ago at over $ 4,360. Despite a slight decline since then, the second-largest cryptocurrency is still up about 10% on a 24-hour scale. Another notable achievement is its market capitalization of $ 500 billion for the first time. It is currently worth more than the financial services giant Visa that started piloting transaction settlements in the USD Coin (USDC) stablecoin on the Ethereum blockchain last month.

Ultimately, the crypto market capitalization increased by more than $ 250 billion over two days and registered a new record at $ 2,560 trillion.

Bitcoin also felt the negative consequences of yesterday’s dumping market but similarly, most altcoins recovered at some point. Bitcoin has dropped from $ 59,600 to a low of around $ 54,000 in a matter of hours. Since then, however, the bulls have taken responsibility and disallow and continue to decline.

The SEC will hash things over with Ripple during a new telephonic conference, which will take place on May 21st