Ethereum finally switched to proof-of-stake, which is a major milestone for the entire industry

Ethereum Merge long-awaited and highly-anticipated has been activated. The massive update switches the second-largest cryptocurrency by market cap from a proof-of-work consensus model to proof-of-stake. 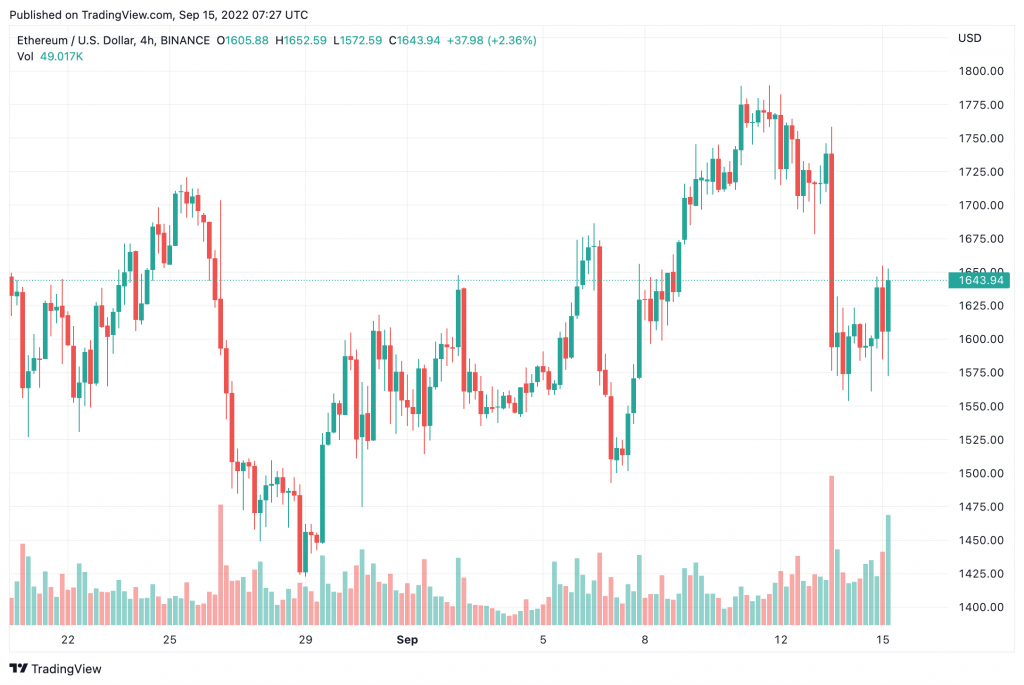 The upgrade has forever changed both how ETH is created and how transactions on the Ethereum network are validated. Up until the moment of the merge, ETH was generated by “mining,” an energy-intensive process by which individuals directed huge amounts of computer power at difficult-to-solve puzzles. Proof of stake is a mechanism by which new ETH is instead generated by individuals and entities pledging large amounts of pre-existing ETH. The transition is anticipated to be faster, more scalable, and over 99% more environmentally friendly.

The Ethereum network missed just one block, and after 12 minutes and 48 seconds, which refers to two epochs (periods of 32 slots each), successfully reached finality—the key benchmark of whether the merge had succeeded.

The Ethereum Foundation said the number of new ETH entering the market will witness a major drop:

After purging miners from the network and replacing them with stakes, Ethereum’s difficulty and hashrate now stand at zero, according to data provided by CryptoQuant.

$ETH difficulty and hashrate are now at 0

Crypto exchanges have detailed a variety of ways they plan to handle a fork, from listing the coin for trading the moment a fork happens to thoroughly reviewing the forked coin as if it were any other asset.