The Ethereum (ETH) network, which formally transitioned from the Proof-of-Work (PoW) algorithm to the Proof-of-Stake (PoS) method following the Merge update, is now displaying some hopeful signals after boosting the number of addresses added to the network, ‘hinting to a breakout.’

Indeed, according to statistics gathered by Finbold from behavior analysis platform Santiment on October 9, Ethereum had an increase in new addresses formed on October 8, with 135,780 new ETH addresses added to the network, the largest since December 7, 2021. 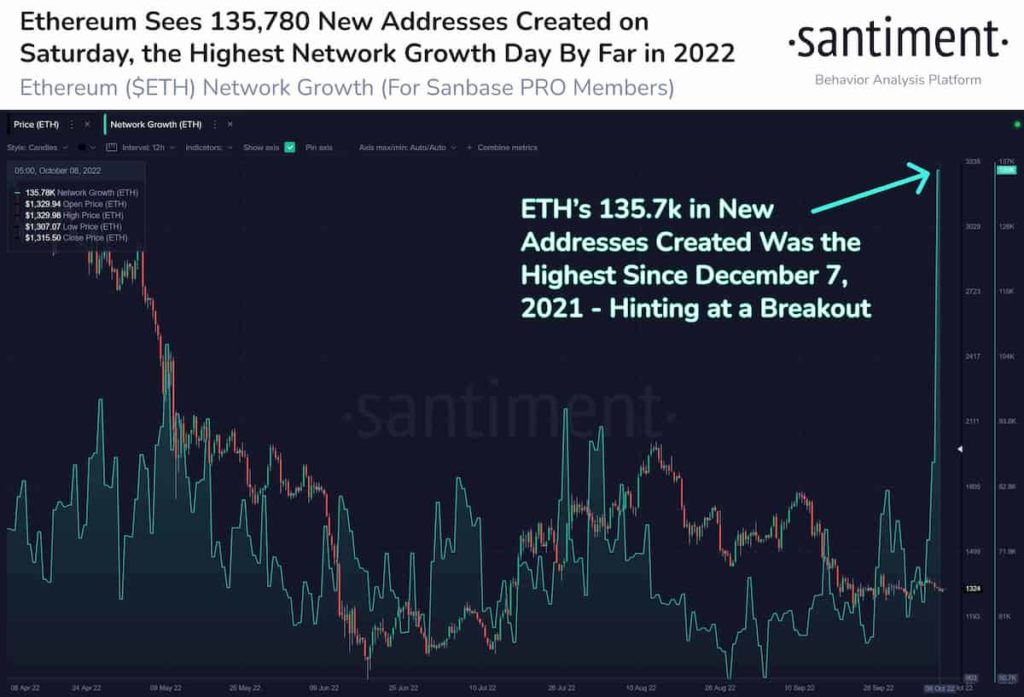 The platform reports 11.1% higher network growth over the previous best of 2022 on January 3 and the greatest since December 7, 2021. According to Santiment, ‘utility hikes frequently precede possible asset breakouts.’

A spike in the number of unique addresses transferring Ethereum for the first time shows that Ethereum may be gaining momentum in the market, recovering its footing after suffering huge losses as a result of the selling pressure caused by the Merge. 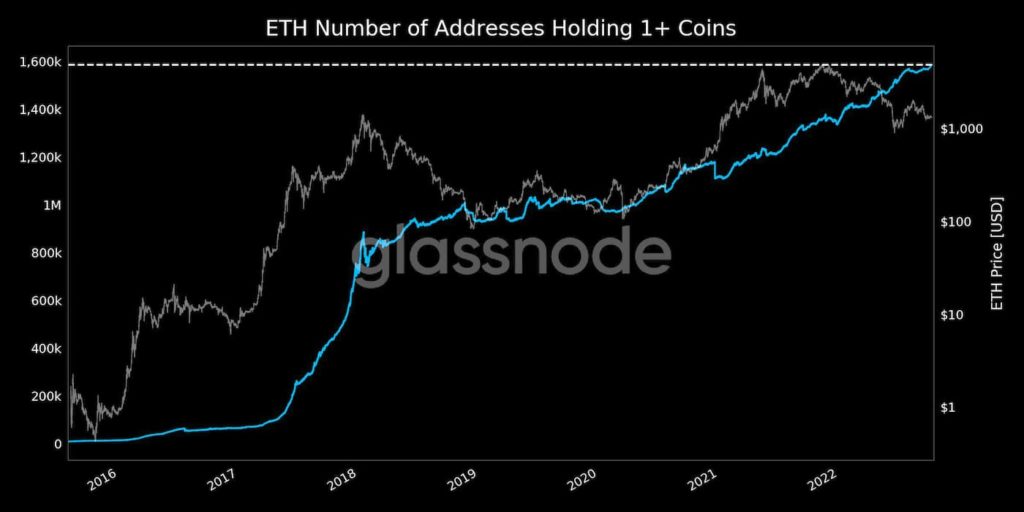 The acceleration in the network’s expansion and the sharp increase in the number of addresses indicated that an increasing number of individuals were becoming interested in Ethereum.

However, despite the growing interest in Ethereum, there has not been a significant increase in the number of transactions on the network.

At the same time, Ethereum’s social activity has been moving downward after the Merge update, recording 8.46 million social mentions and 24.07 billion social engagements as of October 6.