Ethereum co-founder Vitalik Buterin burned $7,023,342,984 worth of Shiba Inu (SHIB). That is about 90% of the remaining SHIB he is holding. This seems to be a move that looks promising for investors in the latest meme coin.

Another message for the #SHIBArmy, the strongest community in crypto. pic.twitter.com/874pnUPNmQ 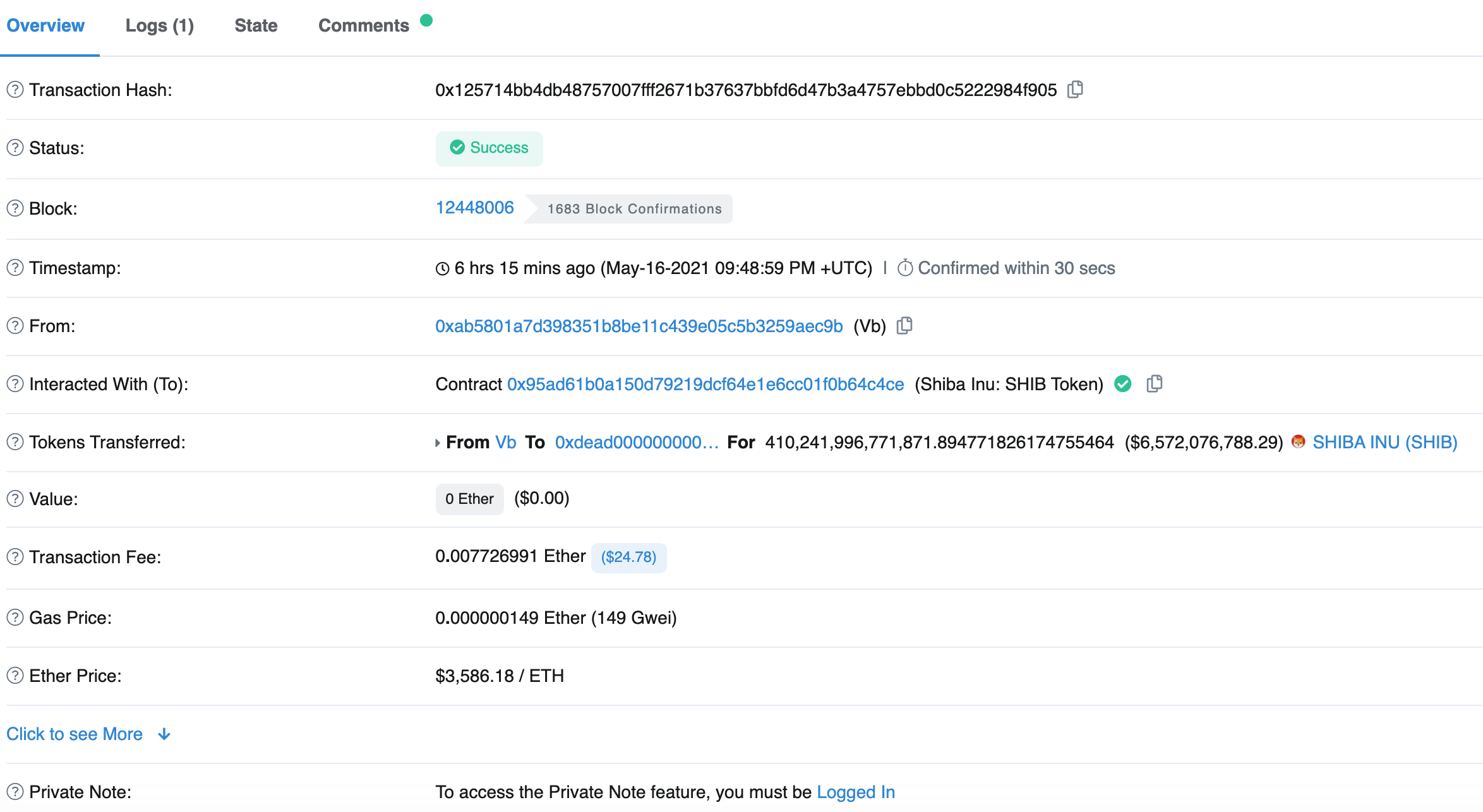 Vitalik Buterin transferring 41% of the total SHIB in circulation to a dead wallet address, effectively destroying the coins

Alongside the transaction, Buterin left a note for the SHIB community:

“I’ve decided to burn 90% of the remaining Shiba tokens in my wallet. The remaining 10% will be sent to a (not yet decided) charity with similar values to cryptorelief (preventing the large-scale loss of life) but with a more long-term orientation. COVID is a big problem now, but it’s important to think about the longer-term future too!”

“Simply holding the remaining coins in the 0xab58 wallet forever was never an option; for security reasons alone they would have to be moved to a better wallet eventually, and any transaction I make would get interpreted as an action. So… may as well do the useful thing immediately. I’ve actually been impressed by how the dog token communities have treated the recent donation! Plenty of dog people have shown their generosity and their willingness to not just focus on their own profits but also be interested in making the world as a whole better. I support all who are earnestly doing that.”

“But for anyone making coins (or daos, or whatever else) in the future, PLEASE DO NOT GIVE ME COINS OR POWER IN YOUR PROJECT WITHOUT MY CONSENT! I don’t *want* to be a locus of power of that kind. Better to just print the coins into the hands of a worthy charity directly (though do talk to them first).”

It’s worth noting that Buterin’s holdings in SHIB were gifted to him by the coin’s founders at launch as a marketing tactic. So ultimately, Buterin had nothing to lose.

Naturally, investors were quick to flood social media with positivity following Buterin’s transaction, asserting that this could be the thing to send the coin to the moon. Considering the circulating supply of SHIB has effectively been halved overnight, each coin is technically rarer and therefore more valuable.

However, it’s worth noting that cryptocurrencies, especially meme coins are based almost entirely on speculation, so this one singular action doesn’t necessarily mean that the value will skyrocket. Between May 7 and May 10, 2021, SHIB made a gain of nearly 3,000 percent before taking a significant tumble last week as the broader crypto market took a dip. As is the case with any investment, don’t invest any money that you can’t afford to lose. Cryptocurrency investments – especially with meme coins – are incredibly risky and should be taken with utmost caution.

Bitcoin price extended its decline below the $43,000 support zone, could soon test $42,000 in the near term

Over the past month, China has stepped up its crackdown on Bitcoin and the crypto market in general. Beijing…
Loading ... Load More Posts No More Posts