The US government’s tax collection agency Internal Revenue Service (IRS) has removed Ethereum (ETH) and two gaming tokens Fortnite’s V-bucks and Roblox’s Robux as examples of convertible virtual currencies. Currently, the IRS only refers to Bitcoin as an example.

According to the IRS report in revised tax-filing Form 1040, they asked people to answer yes or no to questions about whether they received, sold, exchanged, or obtained financial benefits for cryptocurrencies in 2019 or is not.

The IRS website initially listed Roblox and V-bucks as examples of convertible virtual currencies, in addition to famous cryptocurrencies like Bitcoin and Ether. However, the site modified to contain Bitcoin as the only example. If Roblox and V-bucks stayed on, both would require millions of users to a new disclosure requirement – Fortnite and Roblox intelligently had a combined user base of over 300 million. 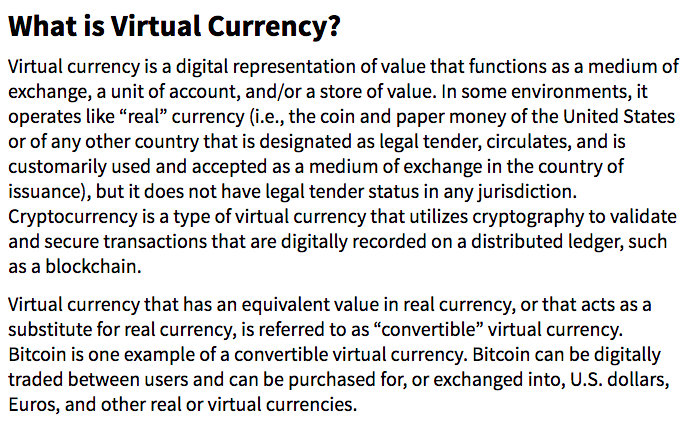 Roblox is an immersive video game that allows users to design their games. Roblox users can earn or buy Rob Robux immediately to buy avatar upgrades or special abilities. V-bucks are the currency used in the infamous Fortnite fighting game to purchase weapons and costumes.

Here’s a thing that make me go 🤔. Short thread:

Tens of millions of American taxpayers will have to answer Question 1 on the 2019 1040 form: “At any time during 2019, did you receive, sell, send, exchange or otherwise acquire any financial interest in any virtual currency?”

Bitcoin is an example of a convertible virtual currency. Bitcoin can be digitally traded between users and can be purchased or exchanged for US dollars, Euros, and other real or virtual currencies.

It is worth noting that Ether is still likely to be considered a convertible virtual currency, like Bitcoin.

XRP price took a massive plunge to the $0.14 on BitMEX, Bitcoin registered a spike of 3.89% after $16 million longs liquidation

Venezuelan mayors agreed to expand the adoption of…

Kazakhstan has proposed legislation that would see a…

The New York State Department of Financial Services has…

Five months after courts lifted the blanket ban on…