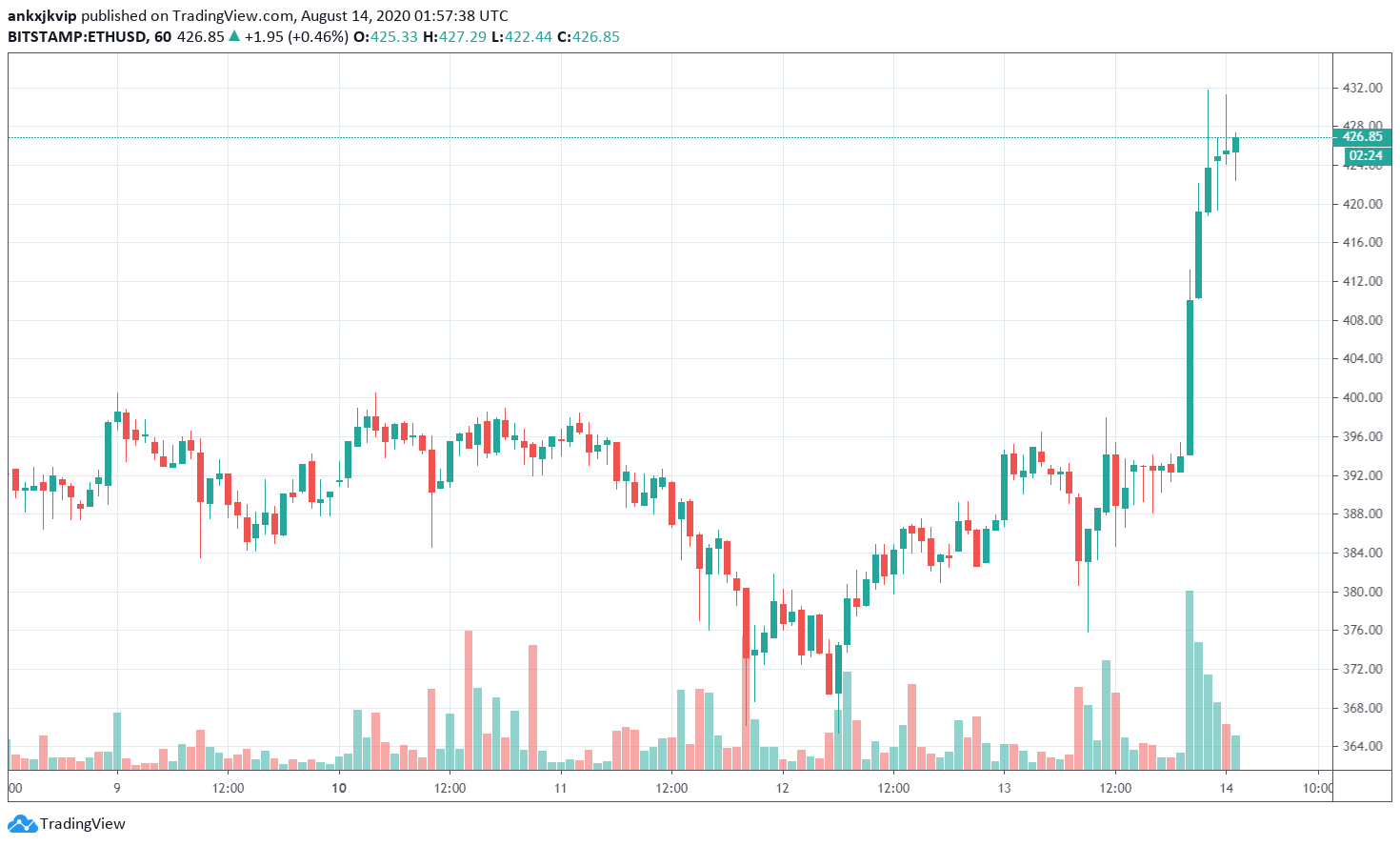 Trader “Crypto Rand” is still expecting ETH to rise further in the short term. He has come up with a chart showing a bullish target of around $ 500, pointing to a potential bullish flag that ETH is forming as a reason why the uptrend is imminent.

$ETH is going fo it. pic.twitter.com/7EtMOmcgqe

As for the ETHBTC trading pair, analyst “Bagy” explains that Ethereum has reached a “decisive point” that will likely determine its medium-term outlook.

The analyst explains that he is expecting a rally of 0.0375 BTC. He also noted that a downward movement here could be significant.

Ethereum is still connected to Bitcoin, so in order for it to see a continuous spike above short-term resistance, BTC must also push higher.

Ripple working to explore new use cases for its network, making it the Amazon of the cryptocurrency world

Ethereum price is struggling to recover above the $345,…

Ethereum 2.0 along might not be able to keep up with…

Ethereum price could be poised to correct towards $383…