While Bitcoin can remain on the lower boundary of its long-held trading range, the ETH price is currently trading firmly below the range it formed in the past few weeks. This points to some potential weakness among its buyers as it is close to the critical $ 220 support level. 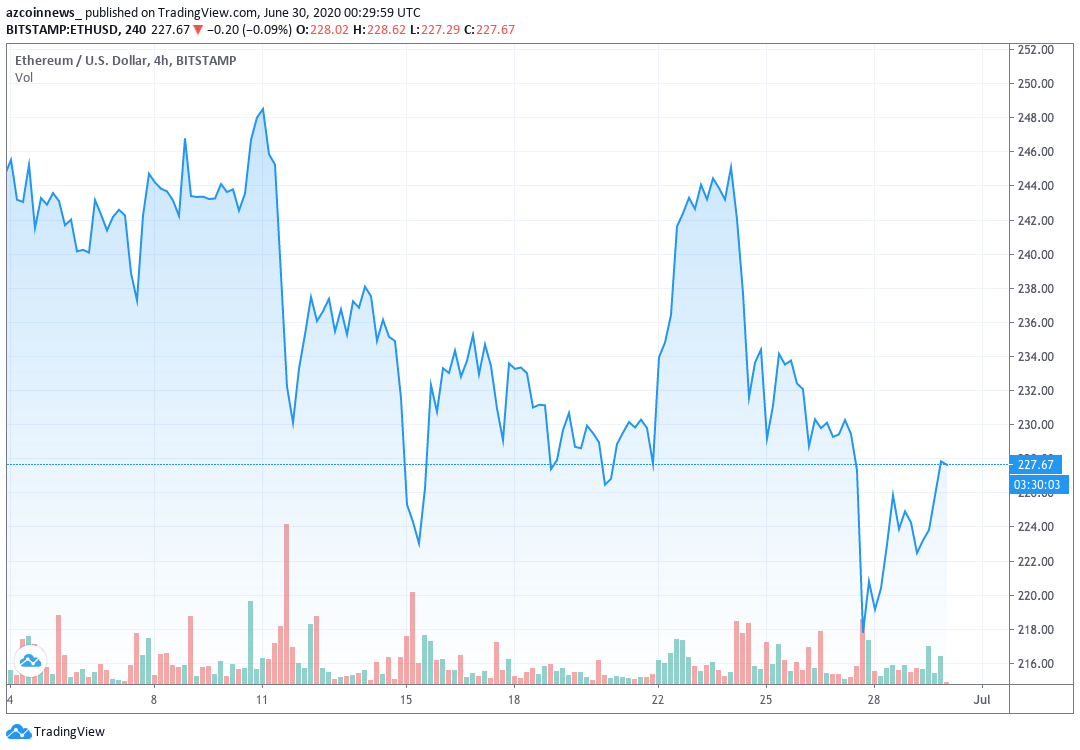 ETH price has dropped over the past few days

At press time, ETH price is hovering around $ 228, marking a noticeable decline from the recent high in the $ 230 area that was set last week before it bounced back from the current price area. $ 220 has been established as ETH’s previous support over the past few weeks, making a recovery here significant.

Ethereum has been flashing a sign of major technical weakness in recent days. This happens when cryptocurrencies grow extremely strong from a fundamental perspective. There are a few factors that are driving this weakness, including a heavy trendline that has proven to be insurmountable, mounting selling pressure, and it just confirmed a dreaded “death cross” formation.

These factors are likely to cause it to decline in the near term, but the next ETH trend may depend mainly on the strong support at $ 220. Enthusiastic protection of this support will be required if the buyer wants to see any further price increases.

Still, there is an opinion that ETH is likely to fall to $ 120. According to analyst AMD Trades, multiple declines at $ 250 are cause for concern about the next downtrend and possibly making it as low as $ 120.

The same technical weakness that caused the analyst mentioned above to set a target in the low- $ 100 regions also caused Ethereum to form a “death cross.” It had not formed this pattern since March – before it plunged below $ 100 – and this could be a grave sign.

According to Tradeblock, the cost of transacting on Ethereum has hit highs not seen in over two years:

“With the rise in DeFi apps, the majority of which are built on Ethereum, ether gas fees hit recent highs, meaning transaction costs across the network have risen in order for timely transactions to occur.” 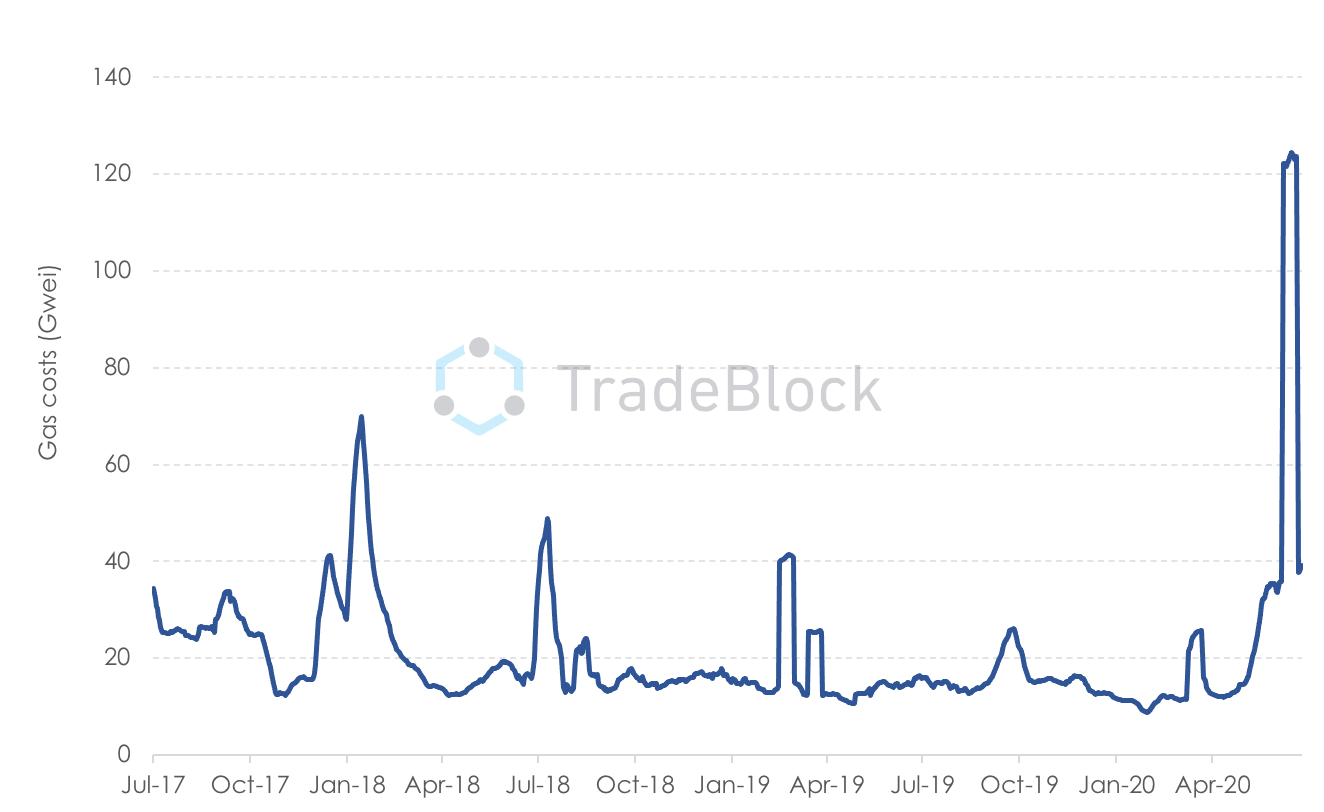 Tradeblock’s data indicates that the cost of “gas” reached 120 Gwei, almost double the 70 Gwei highs of 2017/2018’s bull market. Cross-referencing TradeBlock’s data to that of Etherscan, it can be said that at 120 Gwei, fees were the highest since February 2016. Anecdotal evidence has corroborated this trend.

It should come as no surprise that there are moves being made to mitigate Ethereum’s high transaction fees. There are currently attempts to raise Ethereum’s gas limit, thus allowing for more transactions. This, in turn, should decrease the fees one pays to transact on the network.

AugurV2 will be launched on the Ethereum mainnet on July 28th, 2020

The number of Ethereum addresses holding 32+ ETH is at…