Elon Musk confirmed that the company hadn’t sold any of its BTC holdings, Bitcoin price saw a sudden increase of over $2,000

Tesla CEO Elon Musk is increasingly showing his manipulation of the cryptocurrency market. Earlier, Musk announced that he would stop accepting Bitcoin payments for environmental reasons. Then, under pressure from Bitcoiners, Musk threatened to sell off all of Tesla’s BTC holdings. This caused the Bitcoin price to plummet significantly towards the $42,000 region. However, recently Musk continued to correct and caused BTC to spike, over $2,000 in a few minutes. 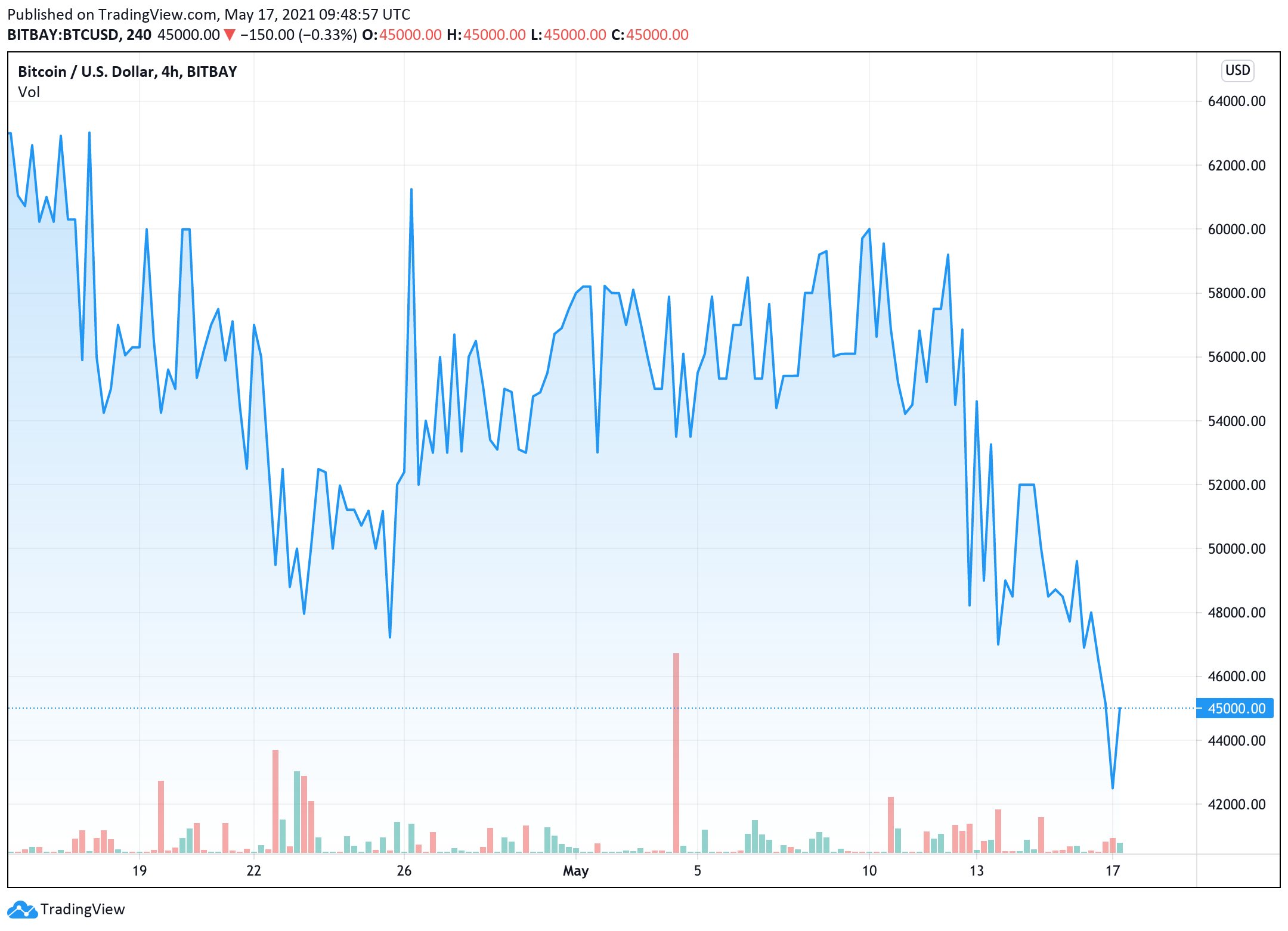 After some controversial Twitter comments about bitcoin and Tesla, Elon Musk clarified that the company still holds Bitcoin. As a result, the price of this asset spiked by more than $2,500.

To clarify speculation, Tesla has not sold any Bitcoin

Elon Musk continued with his Twitter chats about his perception of Bitcoin. In the latest announcement, the CEO of Tesla confirmed that the company has not sold any of its BTC shares.

The price of the cryptocurrency has been questioned by Musk’s comments in the past, and this positive interaction has caused a price pump. In just a few minutes, bitcoin jumped from a 3-month low at $42,400 to above $45,000.

Musk’s clarification comes amid some of his controversial comments about the relationship between his electric vehicle giant and bitcoin. Most recently, Tesla disabled BTC payments for its product, citing environmental issues. As a result, bitcoin plummeted $12,000 in a single day.

However, Bitcoin is still down $13,000 since before Tesla stopped accepting payments in BTC. The volatility caused by Musk has caused great pain to crypto traders. According to Bybt, the liquidations over the past 24 hours are close to $2.4 billion. The largest single liquidation occurred on Huobi when a bitcoin trader lost $90 million.

bEarn Fi, a cross-chain auto yield farming protocol, was exploited, resulting in a loss of near $11 million