Dogecoin price is up 50% in the past 24 hours because of the Elon Musk’s effect… again?

Dogecoin price has increased by more than 50% over the past 24 hours, making it the best performing Altcoin in the top 100 by market cap. DOGE is seeing strong volume numbers in this rally as there were over $ 700 million traded yesterday. 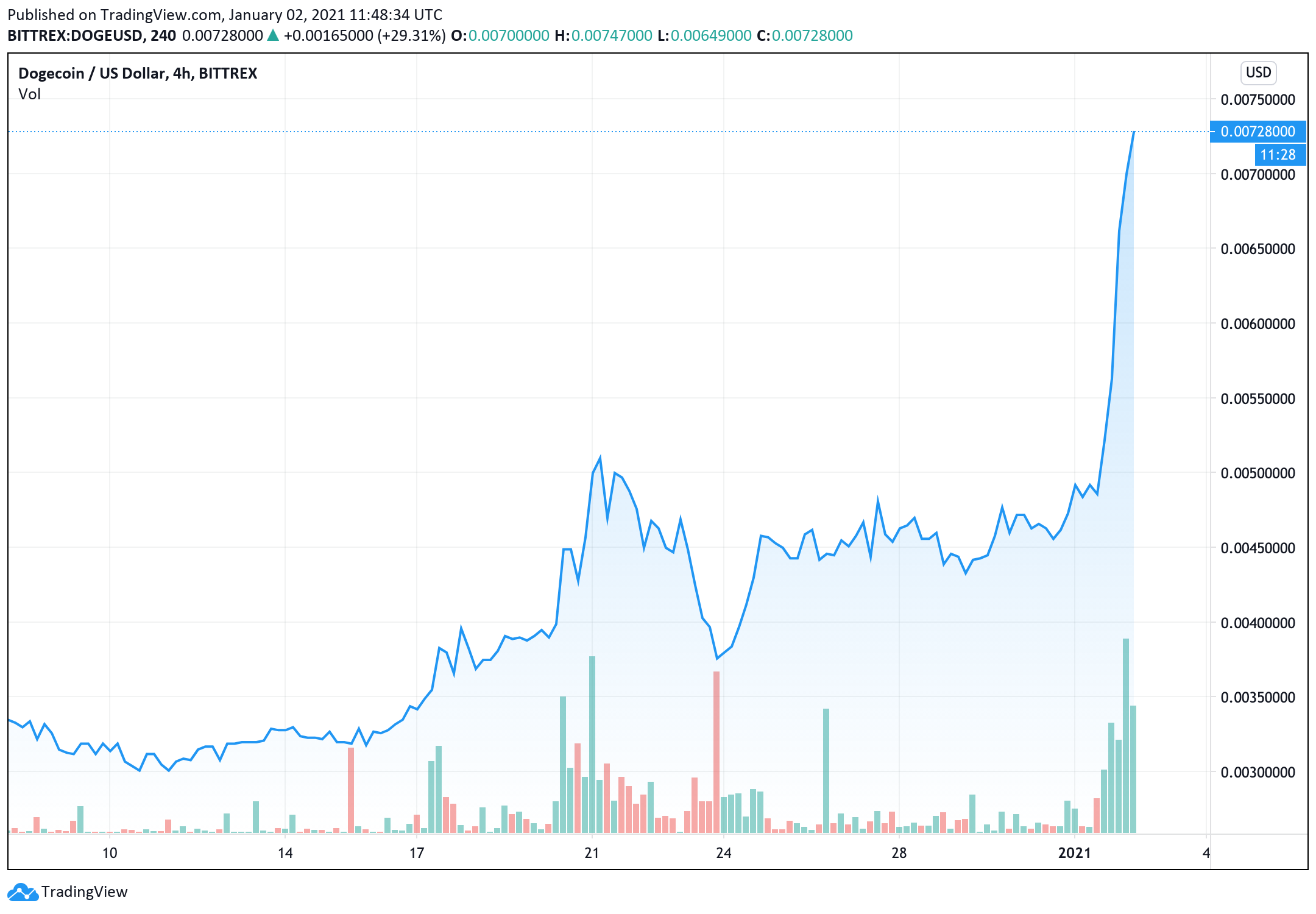 Dogecoin’s soaring has shocked many investors. Just yesterday, there were some Ethereum Classic supporters on Twitter saying that ETC is ready to topple Dogecoin in terms of market cap. Now, DOGE is far ahead of ETC when it comes to rankings.

While this rally surprised many people, it is worth noting that DOGE has long had an explosion of price action in previous bull markets. For several reasons, DOGE experiences extremely strong exponential rallies every few years, moving to new highs against the US dollar and sometimes even against Bitcoin.

At its current price, DOGE is trading at its highest price level since the February 2018 rally. Assuming that Dogecoin follows a path similar to the ones it took during its bull cycles. Before that, some thought it had room to run.

This rally comes after Elon Musk, CEO of Tesla and SpaceX, jokingly started tweeting about cryptocurrencies.

While it is unlikely that the Tesla founder is actually buying Dogecoin, his tweets have had a tangible impact on the DOGE market. For example, after he tweeted a meme about DOGE, the cryptocurrency went up about 20% over a period of a few hours. The cryptocurrency has also responded to a few of his other tweets on the subject.

Musk seems to be a fan of crypto culture, often saying that it’s his favorite cryptocurrency.

Bitcoin has jumped above $30K for the first time, setting new ATH