Dogecoin price continues to conquer the market with its impressive performance, setting another new all-time high above $ 0.6. This high has put DOGE in fourth place on the CoinMarketCap chart, surpassing even XRP with a recorded capitalization of $ 69.15 billion. 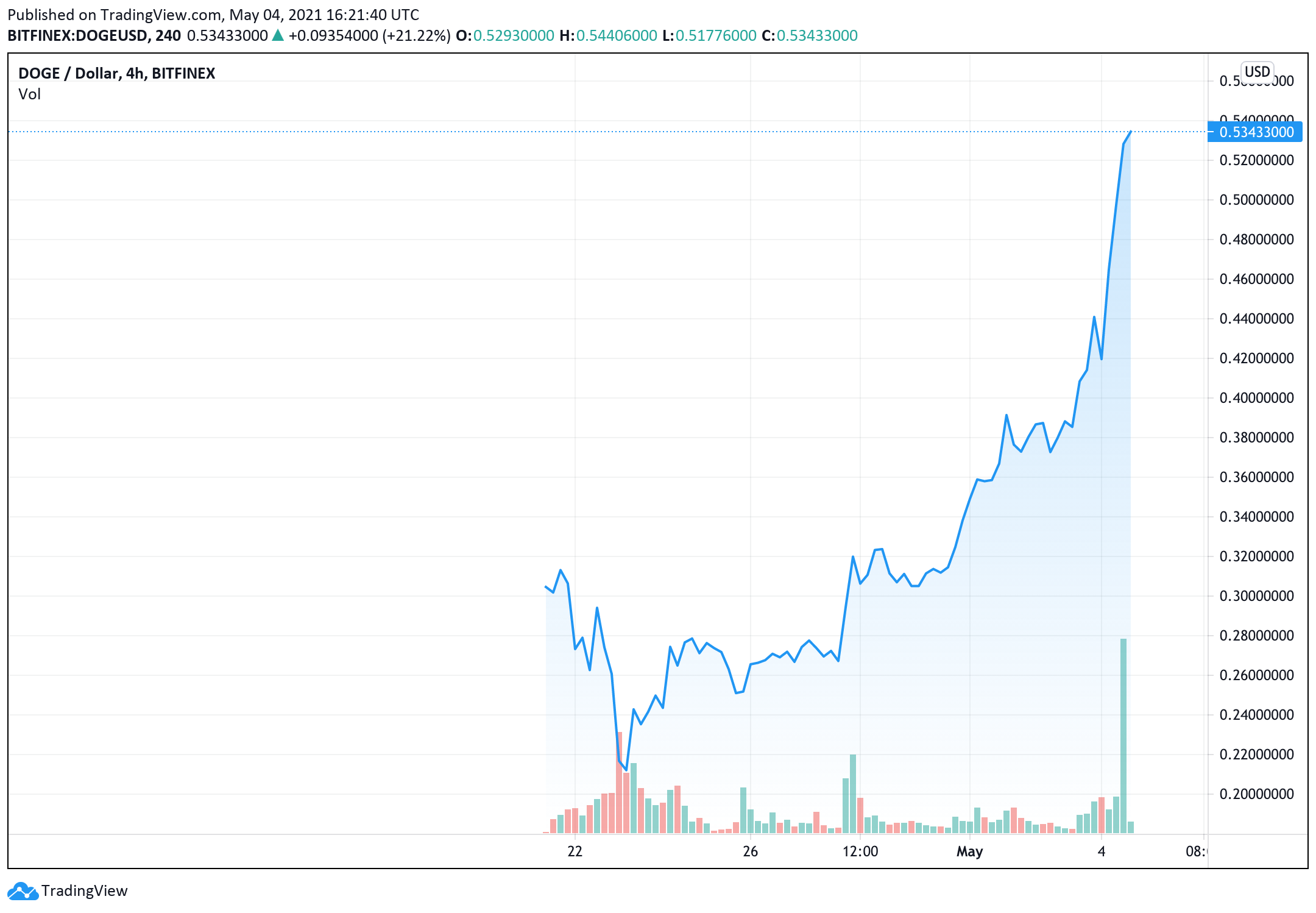 Overcoming XRP, Dogecoin price increased by more than 40% on the day, ranking fourth on the chart

Global adoption of the famous Dogecoin meme cryptocurrency continues to spread with news being listed on the Winklevoss-run exchange – Gemini. At the same time, the token soared to another all-time high above $ 0.6 and became the fourth largest cryptocurrency, overtaking XRP.

Dogecoin’s spectacular performance this year stunned the entire community earlier today, recording a year-to-date increase of almost 10,000%. At that time, DOGE’s latest record was just $ 0.50. This Shiba Inu dog-inspired token not only surpassed that level in the following hours but also continued to climb to an all-time high of more than $ 0.6.

Although it has fallen a bit since then, Dogecoin is still trading above $ 0.5 and the market cap is still recorded at close to $ 70 billion. As a result, this coin meme has become the fourth-largest cryptocurrency by market cap. This means DOGE has overtaken XRP as the XRP market cap is just over $ 60 billion.

Dogecoin is also in the top 200 of global assets, according to data from AssetDash. After overtaking giants like BMW and MetLife, DOGE, which started as a joke, is now bigger than the Intercontinental Exchange and Moody’s Corporation.

The latest bull run comes amid favorable news from US-based crypto exchange Gemini. The exchange led by Tyler and Cameron Winklevoss has announced that users can deposit DOGE tokens into the platform, and trading will open soon.

Deposits are now open for $DOGE. Keep an eye on our feed for trading updates!

Gemini is the second name on the day of the DOGE listing announcement, after eToro announced it will add DOGE trading earlier today. Accordingly, the Bitfinex exchange also announced the opening of margin trading for DOGE.

You can see the DOGE price here.

Ripple has added the former of U.S. Treasurer Rosie Rios to its board of directors

Dogecoin price reach the ATH after eToro lists the joke…