According to IntoTheBlock, Dogecoin has been soaring in price in the past few days, whales have been buying more DOGE. Several new whale investors have joined the DOGE network, too, buying over half a billion meme coins. @ali_charts trader on his Twitter page shared the chart.

The chart shows that the amount of Dogecoin addresses that contain from 100 million Dogecoin to 1 billion DOGE has increased by 5.13%. In particular, six new whales have joined the DOGE network, setting up wallets and buying roughly 620,000,000 Dogecoin.

“Dogecoin | The number of addresses holding 100M – 1B $DOGE has increased by 5.13% over the past week. Roughly six new whales have joined the network, scooping up approximately 620M DOGE”, Ali tweeted. 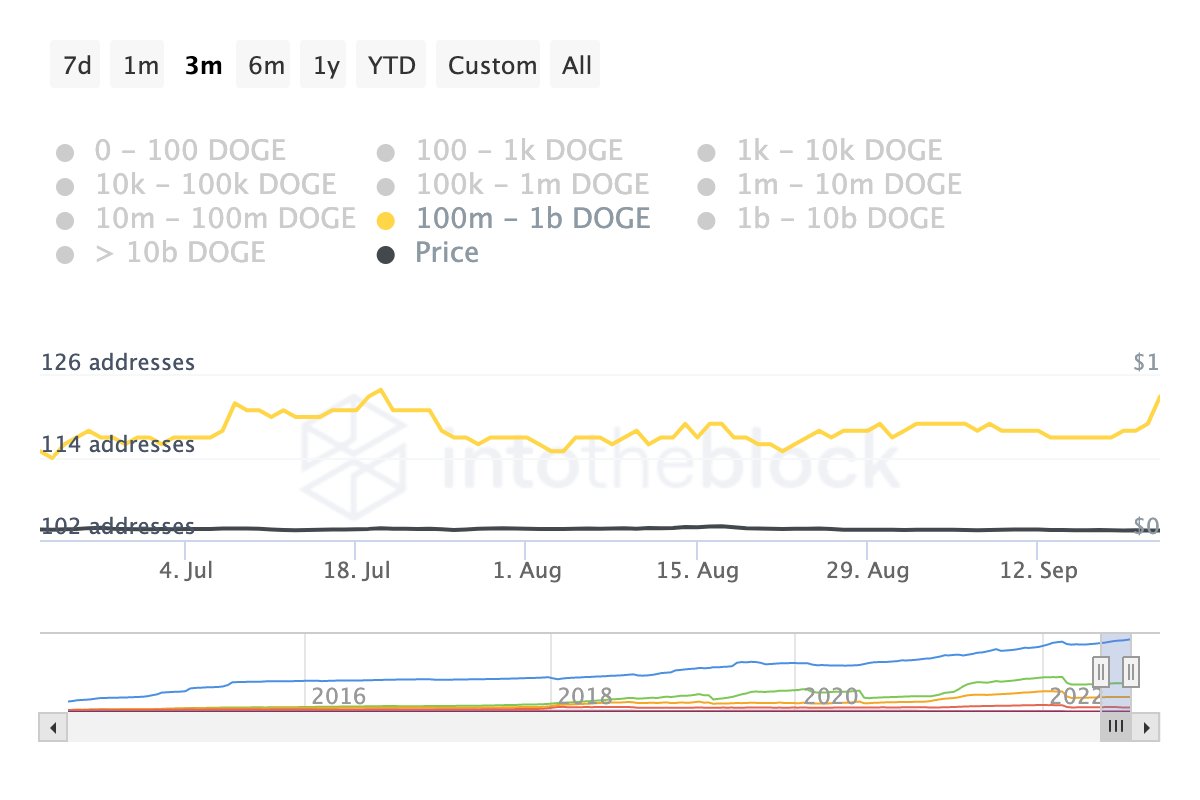 Dogecoin spikes 10% Over the past few days, the meme coin price went up by nearly 10%. The rise of 9.48% was observed on the Binance exchange between Sept. 21 and 23. The meme coin managed to rise to $0.06205. By now, however, it is losing some of its previously earned gains and changing hands at $0.05989. Dogecoin has returned to the top 10 list of coins with the largest market capitalization, pushing DOT from the 10th spot.