Terraform Labs CEO Do Kwon has updated his proposal to bring the Terra blockchain back to the time of the attack, removing the stablecoin UST from the ecosystem.

Today, Do Kwon posted a revised version of his previous revival proposal. This is the next transparency effort from Terra after it announced that it had burned all $3 billion of Luna Foundation Guard’s Bitcoin in 3 days to save the UST price but still failed.

At the beginning of the post, Do Kwon wrote: “Terra is more than UST.” This is seen as a tacit acknowledgment that the previous effort to “sacrifice LUNA to save UST” was also made by the CEO, which caused the total supply of LUNA to increase from 400 million to 6.9 trillion in just 72 hours, has failed completely.

Do Kwon called the de-peg event of UST Terra’s “DAO hack” – a reference to the infamous DAO Hack in Ethereum’s history, which forced the world’s second-largest blockchain to hard fork as well to reverse history and lead to the birth of Ethereum Classic.

Similarly, Terra’s recovery plan will include hard fork the blockchain and bringing it back to a time before the UST coin was de-peg.

Also, TFL’s wallet will be removed from the airdrop, making Terra a fully community-owned chain.

Do Kwon suggested the following chronology to prepare for the hard fork event:

The new LUNA token will have a total supply of 1 billion tokens and will be airdropped to LUNC holders, LUNC users, UST holders, and developers of essential applications for the Terra network.

The Terraform Labs wallet will not be entitled to receive the airdrop, which means that the organization accepts the entire new blockchain into the hands of the management community. Do Kwon claims to be contacting major exchanges to coordinate airdrop activities for the community.

Both LUNA and UST prices have increased slightly but not significantly since Do Kwon’s announcement, still recording a 20% decrease compared to 24 hours ago, showing that the new proposal has not been able to regain confidence from the community as well as overcome the great damage left by the collapse of the LUNA-UST model. 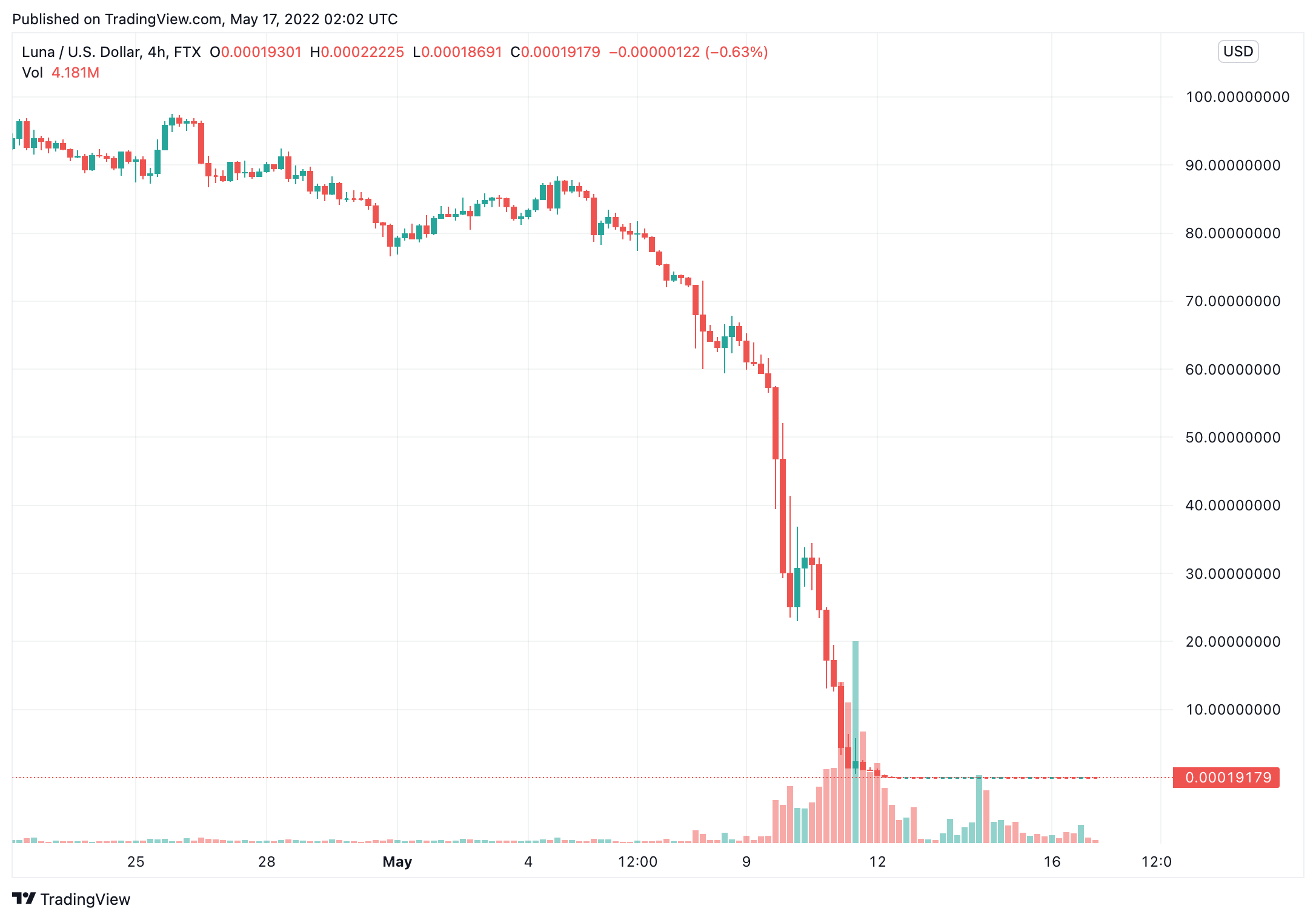 In another development, CZ also revealed remarkable information about their relationship with LUNA-UST, showing that the exchange had suffered a heavy loss of its investment.

After Terra announced a new proposal for a hard fork of the blockchain and brought it back before the first UST de-peg on May 8, CZ continued to predict that the plan would fail anyway because it could bring the blockchain about the past, but it will be impossible to restore its value to that time.

The fact that CZ constantly mentions the LUNA-UST story in the media has made many people question whether there is a story behind when Binance has been known as an investor in Terra since 2018. According to reports in a fundraising document from Terraform Labs, this unit claims that Binance also participated in a $32 million seed round in 2019 and a $1 billion LFG round in early 2022.

Before the wave of conflict on Twitter, CZ provided all the information to be “transparent” with the community. Accordingly, the exchange only made a 3 million USD investment in Terra in 2018, receiving 15 million LUNA tokens. At the peak price in early April 2022, the token was worth $1.6 billion, bringing Binance 560 times more profit.

Binance did not sell the coins and kept them in the provided wallet address, with 12 million LUNA staking, regardless of the price volatility and subsequent crash. At the exchange rate at the time of writing, the value of Binance’s LUNA spot is only about $3,000.

In addition, the exchange’s Terra wallet address has 12 million UST staking rewards, a high possibility from the Anchor lending protocol itself – the heart of the Terra ecosystem with the provision of 20% interest per year.

He then announced that he would support a proposal that calls for Terraform Labs to compensate retail UST investors first, and then Binance. The CEO affirmed that the floor is ready to write off the debt if the project does not have enough money. This is a proposal that is also supported by Ethereum founder Vitalik Buterin. The CEO also stated that after only 5 minutes of discussion, the Binance team accepted the proposal.

When asked by a user whether Binance could trace the Bitcoin cash flow sent to the exchange by Luna Foundation Guard, CZ revealed that he had received a report from the exchange team but will wait for Terra to reveal it to the community of their responsibility. He also commented that Terra was too slow in providing information.

As AZCoin News reported, Terraform Labs’ Luna Foundation Guard announced that it had used all of the more than $3 billion in Bitcoin that they had accumulated over the past several months to save the UST price but failed.