Ho Chi Minh City (HCMC) will develop a regulatory framework and policies that associated with Blockchain technology for the development of smart cities, a top city official said.

According to Mrs. Loan, blockchain tech has made financial transaction systems more transparent, efficient, and easier to use in terms of online payments. 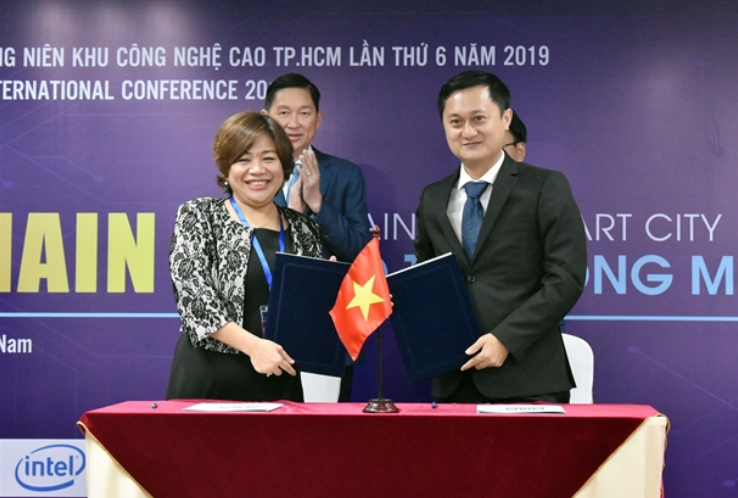 “The city will give top priorities to projects that apply science and technology, especially the use of Artificial Intelligence (AI) in solving the city’s problems and for smart urban development”, Tran Vinh Tuyen, Vice Chairman of the Ho Chi Minh’s People’s Committee, spoke at conference. He added that the city would work with agencies to build a roadmap for the application of blockchain in the country.

At the same event, the SHTP signed a cooperation agreement with South Korea’s CBA Ventures to promote the research and application of blockchain technology.

In addition, Vo Thi Trung Trinh, deputy director of the city’s Department of Information and Communications, said that blockchain could be used in public services and urban management.

The Ministry of Science and Technology also announced plans to give priority to blockchain startups through a new national project “Support a National Innovative Start-up Ecosystem by 2025,” vice Tuyen said.

The program was approved by the Vietnamese government in May 2016 and aims to create favorable conditions for business development. The initiative provides support to 2,000 startups, according to the ministry’s website.

The concept of a smart city envisions the use of emerging technologies such as blockchain and artificial intelligence to improve the quality of municipal government services and citizen welfare.

Viet Nam could emerge as one of the next blockchain hubs in Southeast Asia and across the globe, which would help attract foreign investment thanks to huge cryptocurrency transactions and a labour force with strong caliber, according to Forbes magazine.

What is BiBox? How to Register on BiBox?

This trader reveals the best reasons for investing…

Here is 4 low cap altcoins with breakout potential for…

Samsung Galaxy users can now import and manage all…

Are central bank digital currencies the future of…

China launched tenders for a total of 113…