Despite most recent recovery, Shiba Inu is facing some serious troubles on market

Following the successful Ethereum Merge, the majority of altcoins that are unrelated to Ethereum and cannot be mined lost market traction and suffered more damage with the revelation of unexpectedly high CPI statistics. Unfortunately, one of those assets is the Shiba Inu. 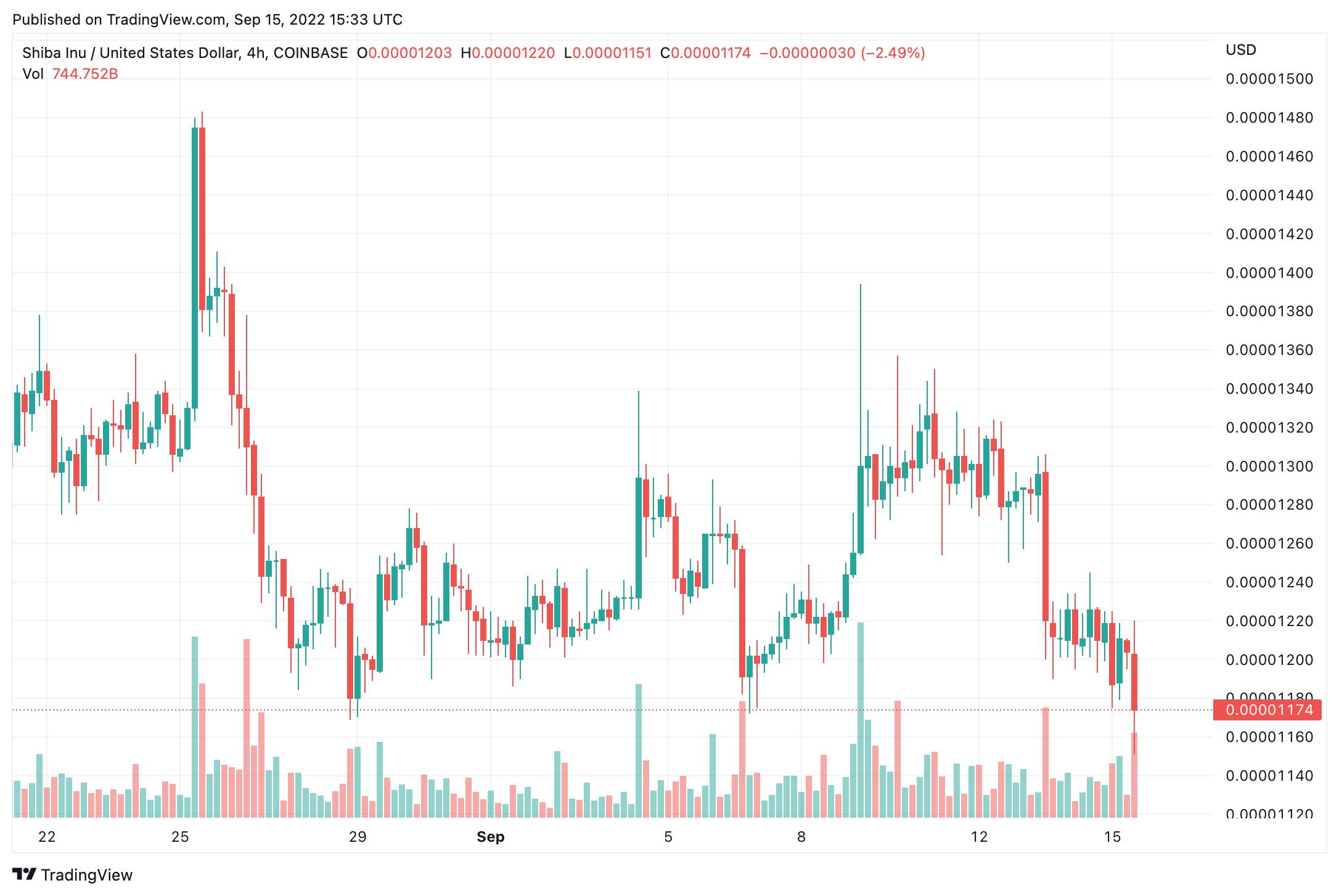 Shiba Inu Reaches Dangerous Level, Catastrophe Might Be Ahead

Shiba Inu has been stabilizing over the past three days at the fundamental support level that, if broken, may bring the token back to this month’s or perhaps the year’s lows. A catastrophe for the meme-based cryptocurrency might result from such a scenario since investors are unlikely to be able to take yet another risk.

Mid- and long-term investors who have been suffering losses since October 2021 now have some optimism thanks to SHIB’s ability to recover more than 20% of its value since June 2022. Despite redistribution among holders and the project’s basic growth, a large portion of the token’s inflows still come from speculative trading traffic.

Shiba Inu is not exhibiting any symptoms of fading, which indicates that the present consolidation or low-volatility rising trend will last for the foreseeable future. The fundamental cause of this is a lack of interest in risky investments and volatile tokens.

It is reasonable to assume that Shiba Inu is gradually following Dogecoin’s path, which began as a joke, attracted massive wealth, and through a number of rallies that resulted in significant profits for certain investors. The lack of usage and underlying value, however, eventually caused protracted consolidation or significant declines that drove investors away from the memecoin.