GSR is commenting on the latest movements in the crypto space and how to get the best possible benefits out of it.

The last two weeks have centered around assessing the fallout from the FTX debacle. There have been varying degrees of damage across the cryptosphere, but the main companies impacted appear to be those with credit risk, such as Genesis, its parent DCG, and BlockFi. News around these companies has driven much of the price action (and misery) over the last few weeks. Liquidity in spot, perpetuals, and options markets across the digital assets arena has significantly worsened, and it seems like market participants are waiting for the next domino to fall.

In the meantime, the macro calendar has been deprived of catalysts. For example, a slightly lower-than-expected EU CPI was offset by worse-than-expected UK inflation, and both failed to push broader macro markets to break out of their pre-Thanksgiving lull. Another notable factor has been the protests in China, which have dragged equities and oil lower this week. The market appears to be in a bit of a holding period, with recently released lower-than-expected German inflation having little impact on the market, and as we head into the holiday season. Over the remainder of the week, we’ll be watching several economic data releases, including EU inflation tomorrow and several US reports like GDP, PCE, jobless claims, ISM, and payrolls.

The collapse of FTX has continued to ripple through the crypto lending market. With BlockFi filing for bankruptcy and Genesis halting redemptions, the OTC lending market has shrunk materially. DeFi unsecured lending platforms have also seen TVLs come down as lenders pull back in an attempt to escape the current turmoil unscathed. The few transactions that have gone through have done so at rates 5 to 6 percentage points higher than at the beginning of the month. While we hope the worst is behind us, we wouldn’t be too surprised to see additional insolvencies as the dominos continue to fall.

In perp funding markets, funding rates turned massively negative, at one point touching -50% for ETH on top exchanges, as market participants de-risked and potentially moved positions from FTX. Funding rates have since stabilized, but continue to be biased negative given the tough outlook.

As BTC consolidates around $16,500, 10-day realized volatility now stands at 34%. Consequently, 30-day vol continues lower, priced at 59%, after having opened the month at 47%. The ratio of 30-day implied to 10-day realized is 1.74, indicating that BTC is a more preferable gamma short compared to ETH. Note that vol is highly directional and swiftly firms on a sell-off.

Call skew continues to normalize and is back to its three-month average of -0.10. Now that vol and skew have normalized, one may argue that puts are cheap.

Term structure is back in contango as gamma fails to perform. The 16th December expiry is relatively elevated as it covers both the US FOMC meeting and CPI release.

Similar to that of BTC, call skew for ETH is now roughly back to its three-month average of -0.10.

ETH term structure is also in contango with similar event premium in the 16th December expiry.

The last two weeks have been much calmer compared to the initial few weeks of November. Skew has drifted back down to more reasonable historical levels, suggesting some downside demand outweighing the upside, and realized volatility on both the 7- and 30-day time period has started to calm after the uncertainty and volatility experienced mid-month. Liquidations are relatively calm with the only noticeable action occuring on November 19th and 20th with $200m of long liquidations. 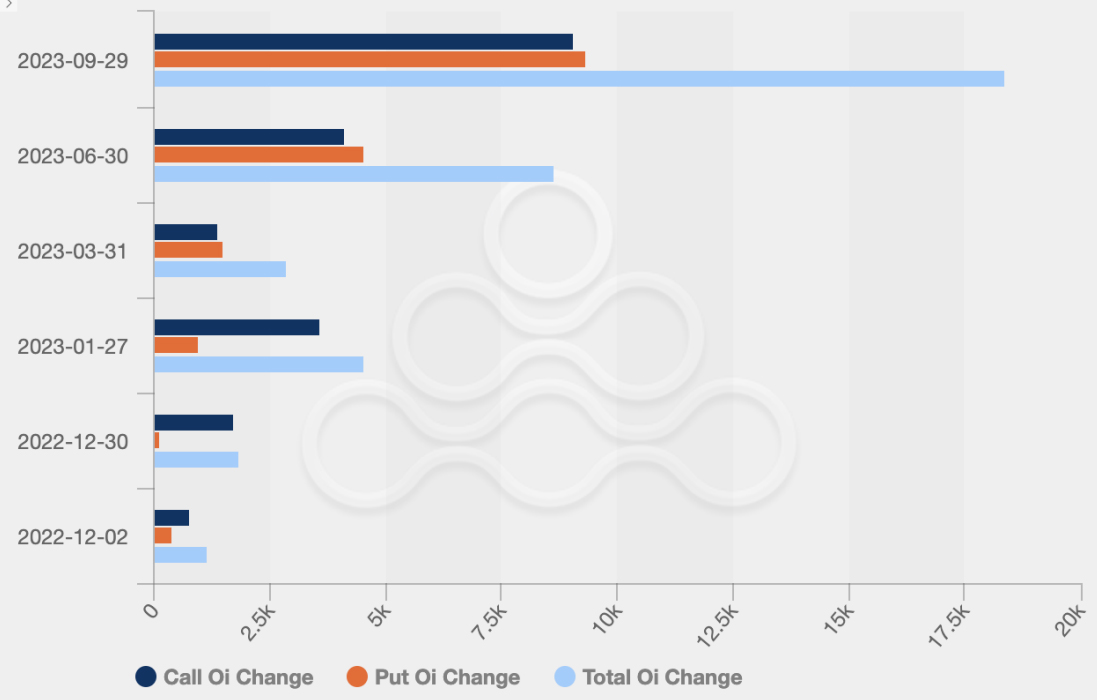 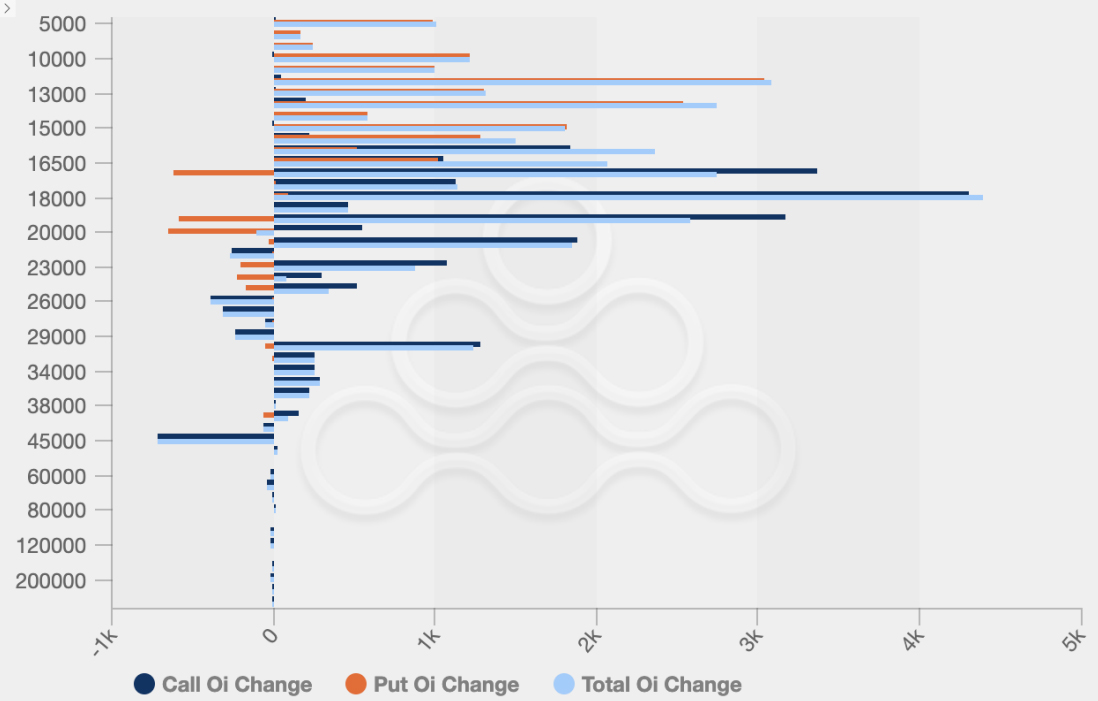 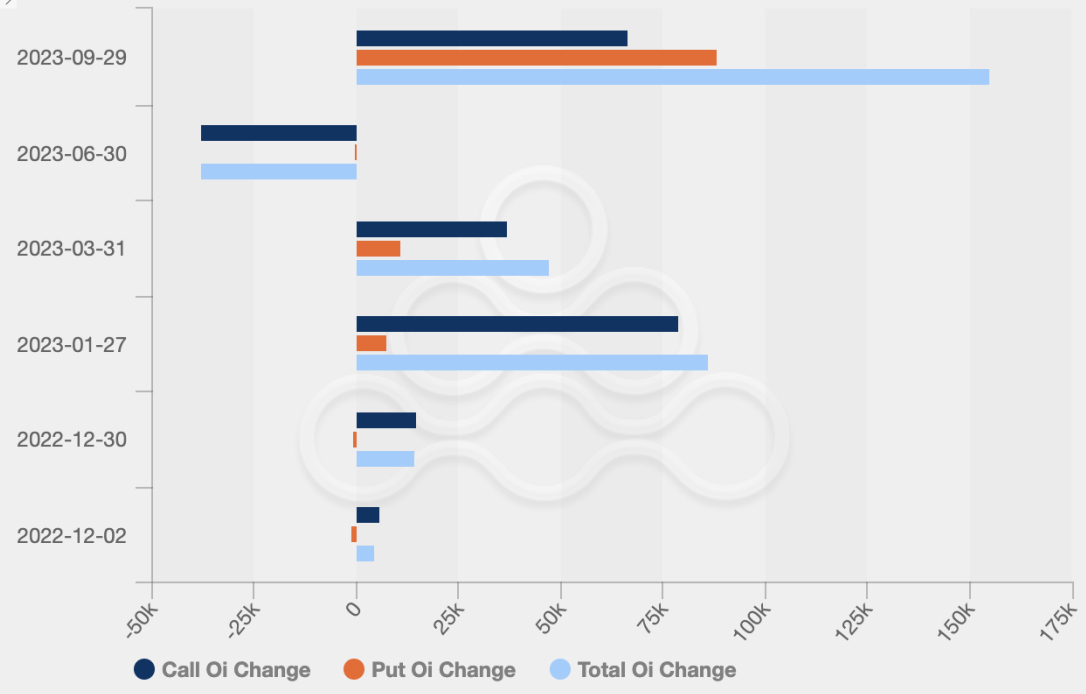 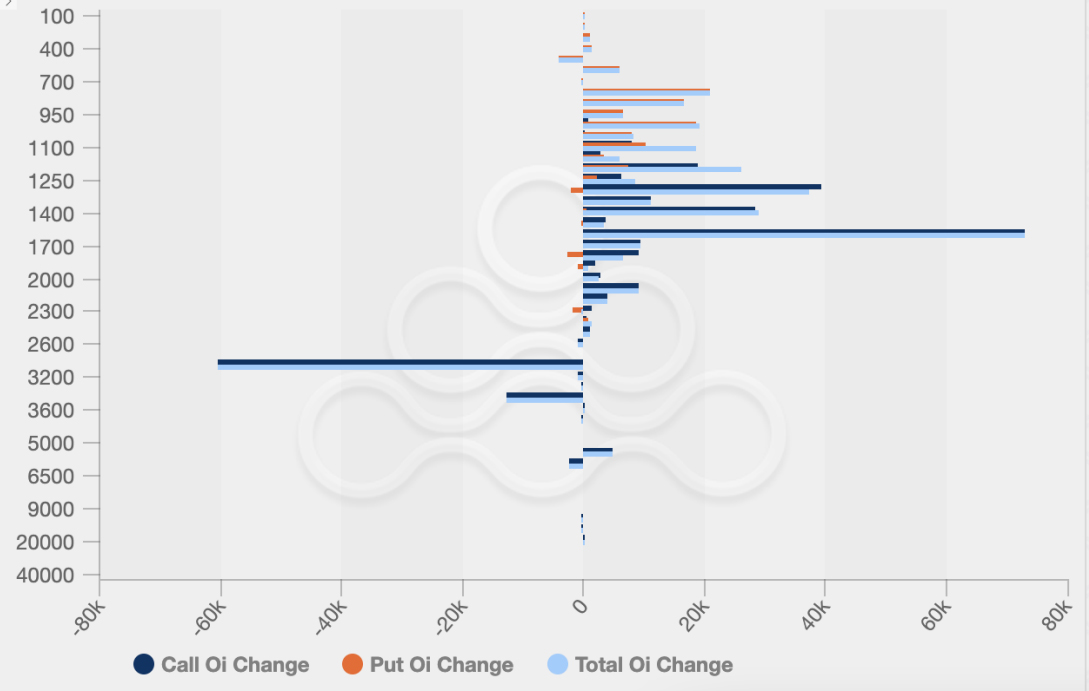 On-chain and DeFi activity continue to boom in the EVM world with volumes hitting recent highs. Avraham Eisenberg, who exploited Mango Markets last month, initiated a large on-chain short of CRV on Aave, aiming to liquidate the Curve founder for his large borrow position. However, the price of CRV rallied, and Avraham’s large short was liquidated. This left Aave with ~$1.5m in bad debt, given insufficient on-chain liquidity to liquidate the short. Avraham’s consistent exploits of various protocols remind us that even decentralized platforms need to continually manage risk parameters to ensure protocol stability.

Elsewhere, GMX continues to face criticism for allowing zero slippage trades. Critics point to a fundamental design issue with zero slippage that allows LPs to experience large toxic flows. Empirically, we see the same wallet by Avraham entering and exiting large positions on GMX, suggestive of a potential arbitrage opportunity. Conversely, GMX proponents point to the outperformance of the GLP token relative to peers. We expect the effects of consistent toxic flow to play out over a long period of time, and will be closely watching how the protocol addresses issues if and when they arise.

This material is provided by GSR (the “Firm”) solely for informational purposes, is intended only for sophisticated, institutional investors and does not constitute an offer or commitment, a solicitation of an offer or commitment, or any advice or recommendation, to enter into or conclude any transaction (whether on the terms shown or otherwise), or to provide investment services in any state or country where such an offer or solicitation or provision would be illegal. The Firm is not and does not act as an advisor or fiduciary in providing this material.

This material is not a research report, and not subject to any of the independence and disclosure standards applicable to research reports prepared pursuant to FINRA or CFTC research rules. This material is not independent of the Firm’s proprietary interests, which may conflict with the interests of any counterparty of the Firm. The Firm trades instruments discussed in this material for its own account, may trade contrary to the views expressed in this material, and may have positions in other related instruments.

Information contained herein is based on sources considered to be reliable, but is not guaranteed to be accurate or complete. Any opinions or estimates expressed herein reflect a judgment made by the author(s) as of the date of publication, and are subject to change without notice. Trading and investing in digital assets involves significant risks including price volatility and illiquidity and may not be suitable for all investors. The Firm is not liable whatsoever for any direct or consequential loss arising from the use of this material. Copyright of this material belongs to GSR. Neither this material nor any copy thereof may be taken, reproduced or redistributed, directly or indirectly, without prior written permission of GSR.