Delphi Digital, one of the big 5 research firms in Web3, joins Cosmos, ATOM price up to 20%

According to information from the Twitter channel Cosmos Guides, Delphi Digital is coming to Cosmos. However, if you observe for a long time, you will see that this project appeared in 2018 when they first started researching the ecosystem but only now officially.

ATOM has been remarkably bullish since June and in fact, dubbed of the one top-performing cryptocurrencies in the past three months. The altcoin was on a bull run as seen in the past week, rallying by as much as 27%, following its rebound from the ascending support line. 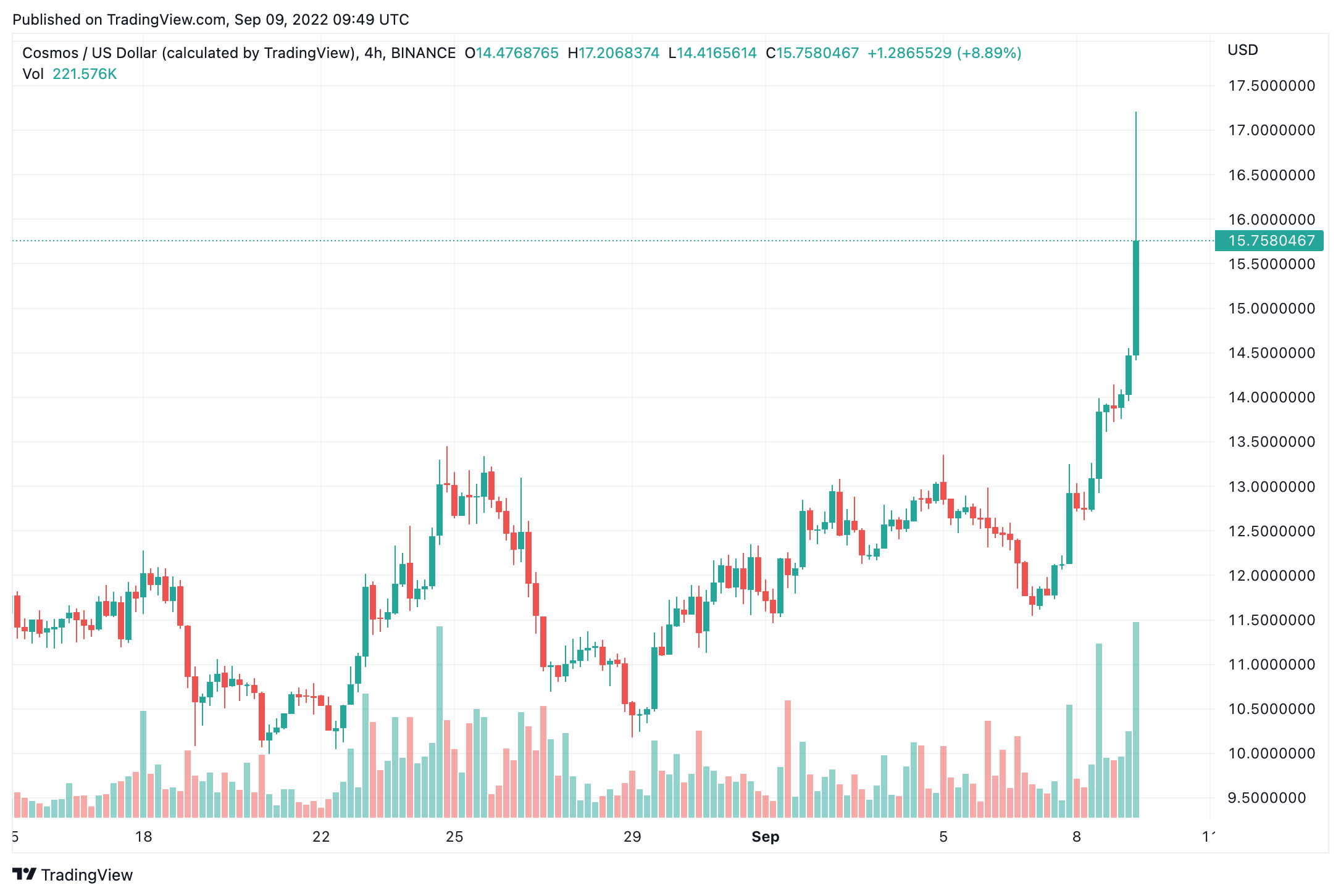 And now, ATOM price has increased up to 20% in the last 24 hours because of information regarding Delphi Digital’s participation. You may question what is Delphi. They’re one of the big 5 research firms in Web3. They’re also product creators, VCs, and a media firm. Delphi Labs’ core interest is DeFi. They believe a vertically-integrated ecosystem of products that has CEX vibes, yet is on-chain, is the future of Web3. Cosmos makes this vision possible.

“Delphi believes that dApps don’t have to deploy a single product, but can start full ecosystems – clusters of applications that synergize and improve UX, with opt-in composability”, Cosmos Guides stated.

24/ Suffice to say, I’m excited to see @Delphi_Digital‘s upcoming contributions to the Internet of Blockchains, and so should you.

Liked this thread? I cover Cosmos daily, so consider following and interacting with my posts to support my work. https://t.co/eg7egwoSdd

Finally, Cosmos said they are excited to see Delphi Digital and look forward to upcoming contributions to the Internet of Blockchains. Additionally, ATOM’s Cosmoverse Conference will run from September 26 to 28 and include multiple development updates and cross-chain security launches.