According to the recent survey by Deloitte, more companies are paying attention to Blockchain. The study, which was conducted from February 6, 2020, and lasted for about a month, polled the opinion of 1,488 top company officials from 14 countries. 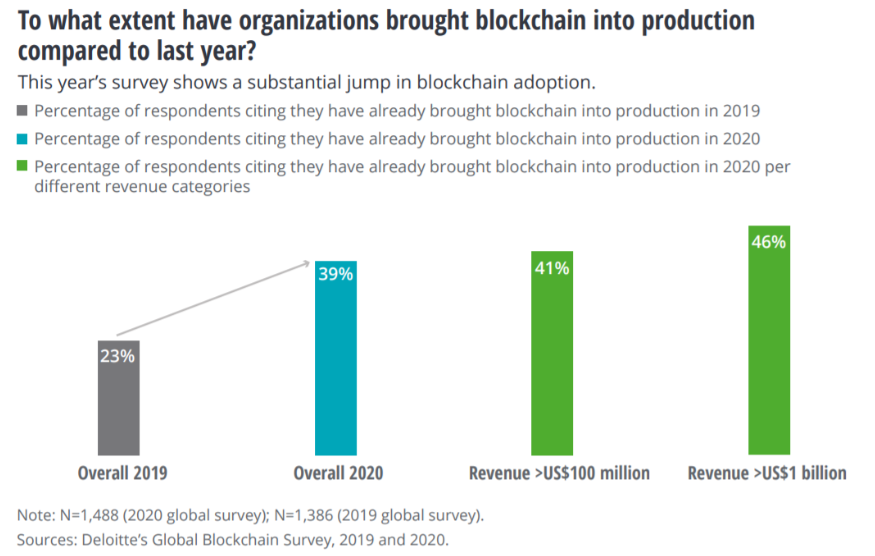 The results of the survey indicate that Blockchain is evolving from fundamental technology to a strategy in which organizations are creating a part of their operational future.

Research shows that there are interests and investments in Blockchain and digital assets based on technology. 66% of respondents indicate that their organizations will invest $ 1 million or more in digital assets over the next 12 months.

The survey also showed increasing interest and adoption trends. Industry leaders have also demonstrated their confidence in the strategic role of DLT by recruiting talent in the field. Those who have not done so say they plan to have such internal abilities soon.

Among the critical findings of the study show: 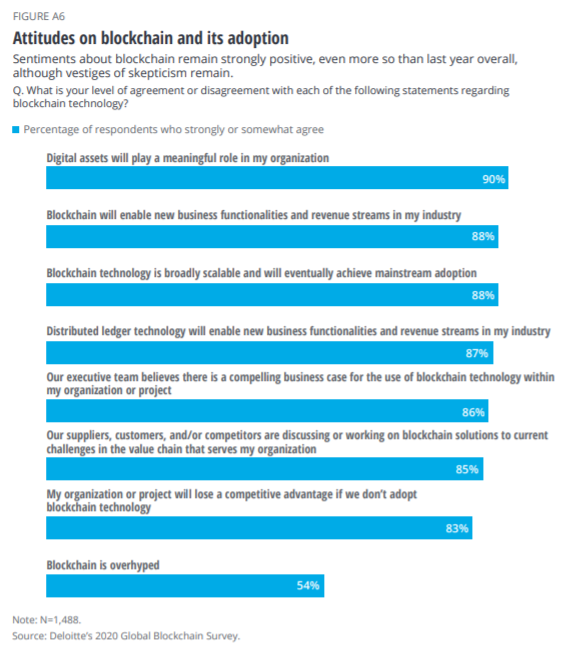 Another point of the study is that 70% of respondents agree that DLT has a high acceptance rate. This has been encouraged by applications in large-scale financial initiatives such as in simplifying international money transfers. The enhanced transparency it provides on data makes it eliminating the need for third-party transaction verification.