DeFi tokens rallied further this week, some to new ATH but be careful!

Chainlink’s price has increased by more than 11% in the last 24 hours for $ 4.87. However, this increase did not help LINK to surpass the current all-time high of $ 4.93 set on March 4. However, this is still commendable because compared to the collapse of DeFi tokens like Compound (COMP), LINK even brought profits to investors.

Chainlink pops 11% on the China news, but remember the collapse of the COMP token

From March 6 to March 13, Chainlink price has fallen by 72% amid a broader cryptocurrency market. After a full recovery after the ‘Black Thursday’ event with other top currencies, LINK extended its increase. However, with the massive 40% collapse of Compound (COMP), we should not rush to put all of our faith in LINK. 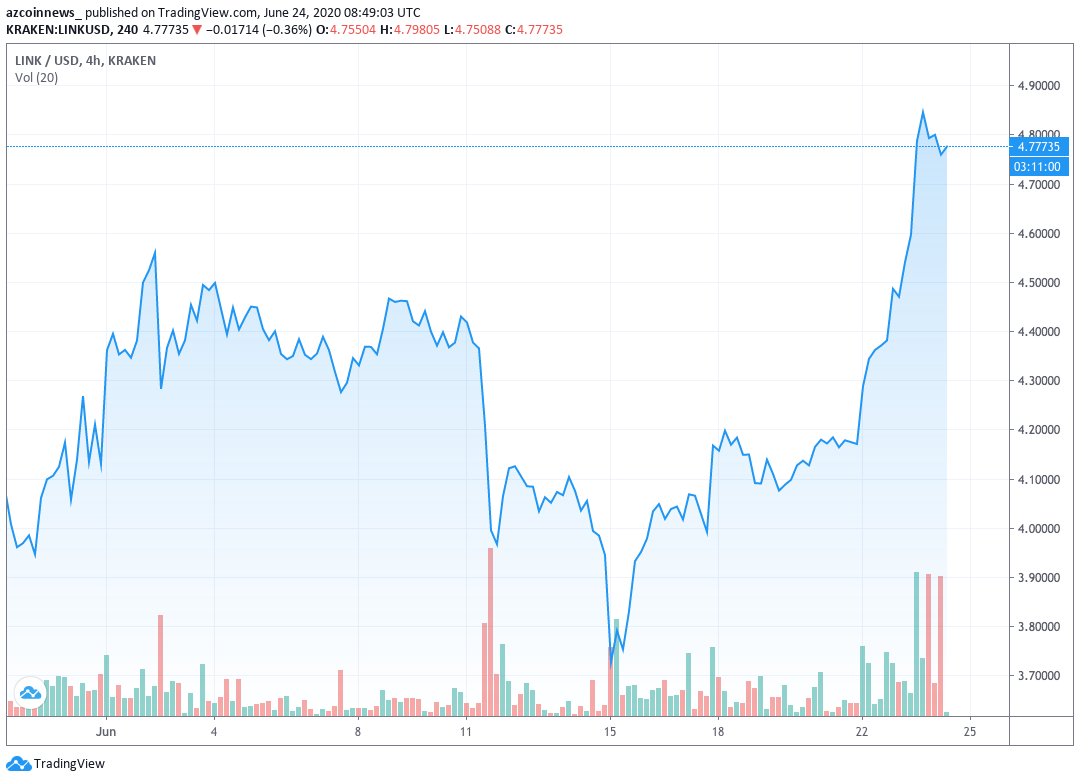 The recent surge in growth came after the Blockchain Services Network (BSN) announced integrating Chainlink’s oracle network, as AZCoin News reported. Through this partnership, Chainlink wants to implement its ambitious plan to create the Internet of Blockchain.

According to Yifan He, BSN co-founder, they will present a demo of the operation of cross-chain services provided by Chainlink in September.

“This collaboration with Chainlink, IRITA, and SNZ Pool will help us achieve this goal and ensure that BSN users reach new levels of security, reliability, and interconnectivity.”

Specifically, the DeFi tokens from Balancer, Ben, Aave, and Swissborg have all made huge profits, amid the excitement created by the distribution of Compound’s governance token.

After Balancer launched its protocol governance token BAL on the Ethereum mainnet, the BAL price increased from $ 6.65 to $ 22.28. Following in the footsteps of COMP, BAL price has tripled this week. Even after today’s price cut, it is still up 135%. 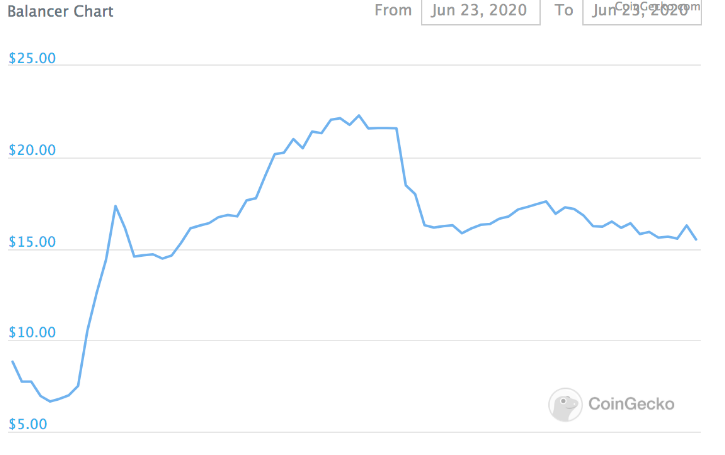 According to figures from CoinMarketCap, Aave (LEND), Ren (REN), and Synthetix (SNX) also took strong protests this week. LEND, the token from London-based lending platform DeFi, Aave, has seen a price increase of 3,900% since trading below $ 0.01 for almost a year since November 2018. onwards. The token first increased to $ 0.05 in May, then grew to $ 0.16 on June 21.

The newly launched Synthetix and REN token also witness new all-time highs today. The SNX price has risen 40% this week, continuing the 100% upward trend over the past 30 days to reach the ATH of $ 1.61.

Lastly, Swissborg’s Decentralized Asset Management Platform token is currently trading at $ 0.14, having reached an all-time high of just over $ 0.16 on June 17. In 2020, the price of the DeFi token has fluctuated around $ 0.02.

The DeFi token has consistently outperformed Bitcoin in 2020. The interest in these coins has significantly been fueled by the launch of COMP, which has just started trading on Coinbase and has seen prices rising rapidly fast in the first week.

As these tokens operate on the Ethereum leading network, the introduction of Ethereum 2.0 is expected later this year that could boost price sentiment as it will allow DeFi projects to scale up. Some believe that DeFi can compete with the ICO boom in 2017 while others think it is another too big bubble waiting to pop.

What is Harmony (ONE)?