Cryptocurrencies found a late spark to regain ground lost in a plunge little more than 24 hours earlier.  Bitcoin price was recently trading at about $19,225, up more than 3% for this period after falling to $18,558 on Tuesday, its lowest level in two months. The largest cryptocurrency is now struggling to maintain support above $19,000 as investors shrink from the same Federal Reserve monetary hawkishness and macroeconomic uncertainty that have plagued riskier assets for months. 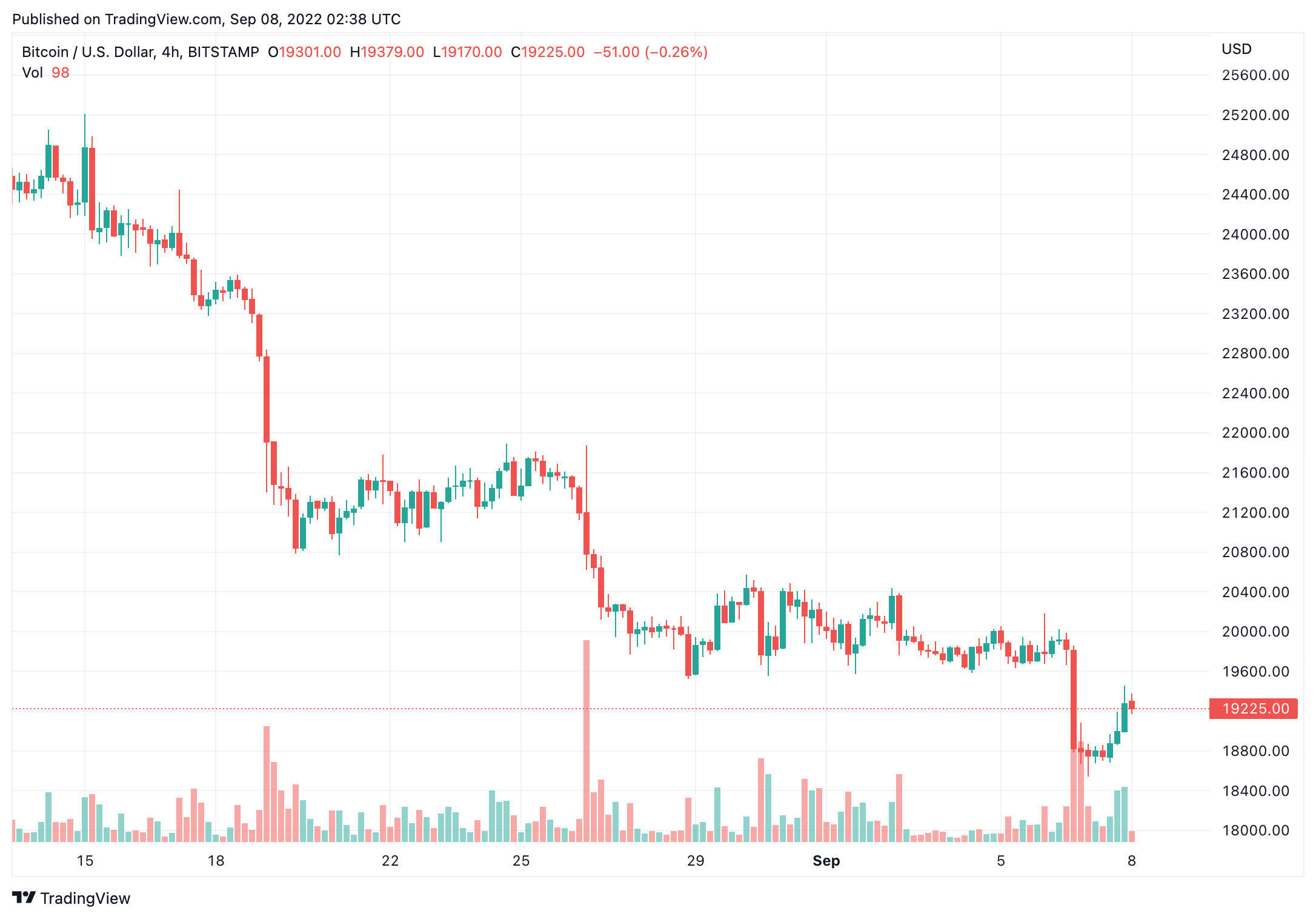 Bitcoin rebounded above $19,000. The largest cryptocurrency by market capitalization dropped to $18,558 the previous day, its lowest point in two months.

Ether continued its recent trend of outperforming Bitcoin, rising nearly 6% to trade over $1,630 as crypto markets recovered some of their excitement for the Merge, which shifts the Ethereum blockchain from proof-of-work to more energy-efficient proof-of-stake. The second largest crypto in value had plummeted below $1,500 for the first time in more than a week. Binance said Wednesday it was offering Ethereum staking at a 6% annual percentage yield, or APY, ahead of the network’s Merge, which is expected to take place in the middle of next week.

Federal Reserve Vice Chairwoman Lael Brainard on Wednesday said the Fed is committed to its campaign of rising interest rates to tackle inflation, but added that the Fed remains dependent on what the data shows and doesn’t want to overtighten.

Traders have priced in a 76% chance of a 75 basis-point increase in interest rates at the Fed’s next meeting on Sept. 20-21, while the next main data release on the pace of inflation in the U.S. is the August consumer price index on Sept. 13. Interest rates in the U.S. are currently 2.25%-2.5%

Among other major altcoins, ALGO, the token of proof-of-stake, carbon-negative blockchain network Algorand, recently rose more than 6% after the company announced a protocol upgrade. YGG and CRV jumped more than 12% and 11%, respectively.

The overall cryptocurrency market cap stands at $975 trillion, and Bitcoin’s dominance rate is 37.8%.

El Salvador’s Bitcoin portfolio is down about 58%