In January 2017, the CBN issued a statement to all banks and financial institutions prohibiting transactions in digital currencies on account of its volatility. While government officials have advised against the use of Bitcoin, there is no legislation against it, and it remains fully legal. For now, let’s AZCoin News explore cryptocurrency legislation in several countries in Africa of we can generally say the cryptocurrency regulation in Africa. 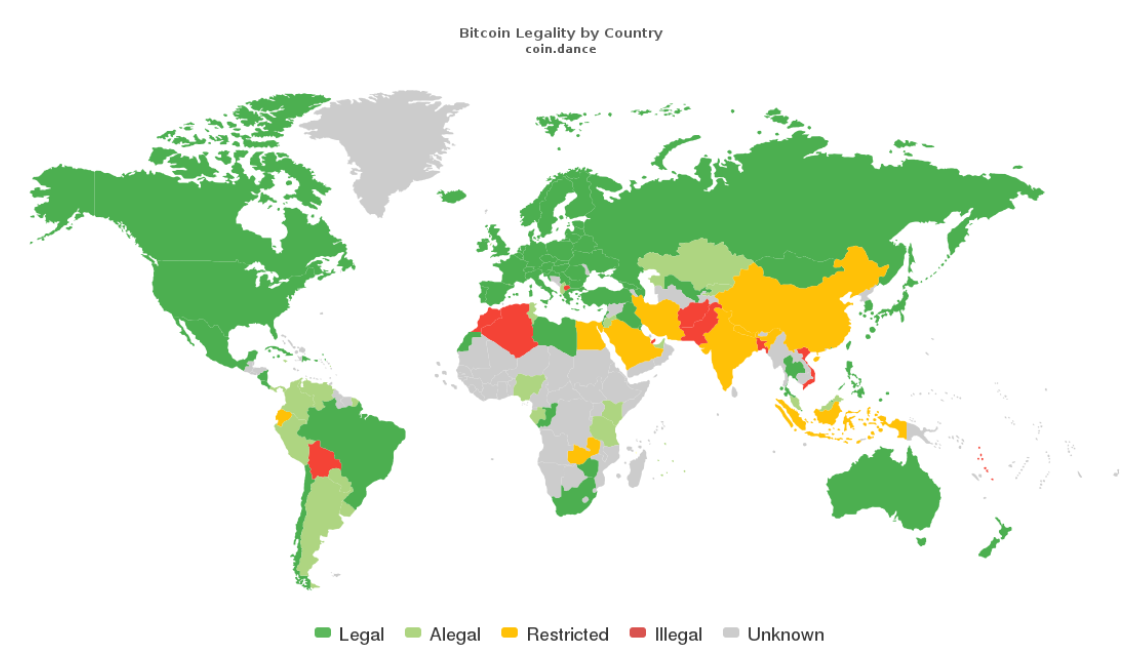 Several countries in African territory have either decided to ban or prohibit the use of cryptocurrency.

Meanwhile, a significant number of countries have not adopted a coherent approach towards regulation at all, deciding instead to let the market grow for now.

Besides, a handful of countries have taken an explicitly progressive approach towards the growth of digital currencies, deciding to either formally adopt the use of such currencies or legalize it to allow for regulation.

Let’s take a look at crypto legislation in the countries below.

Algeria is one of North Africa’s largest producers of oil and gas. Different from other brother nations, Algeria banned bitcoin back in 2018 with the introduction of the country’s yearly Finance Act. Per the reports, not only is it prohibited to transact using Bitcoin, but also to hold it.

“The purchase, sale, use, and possession of so-called virtual currency are prohibited. Virtual currency is one used by Internet users over the Internet. It is characterized by the absence of physical support such as coins, paper money, or payments by check or credit card.” 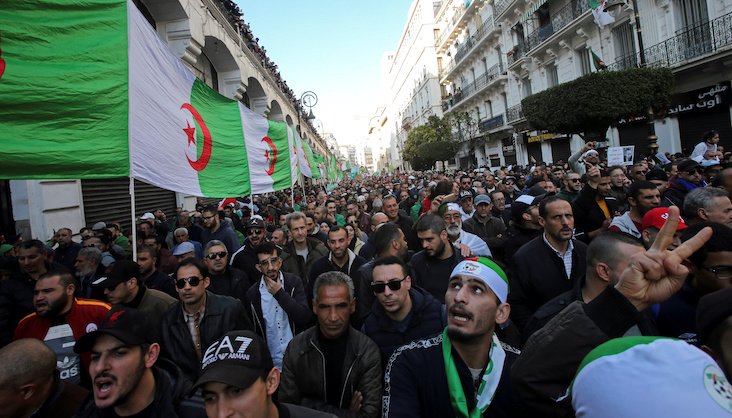 On December 17, 2017, Bitcoin trading is illegitimate in Egypt.  This is a statement of Head of the Egyptian Financial Supervisory Authority (EFSA) Mohamed Omran during his meeting with the Parliament’s Economic Affairs Committee.

After that, in January 2018, the Central Bank of Egypt issued a warning against the trading of Bitcoin due to the extremely high risk associated with such currencies.

Cryptocurrencies have never been legal in Bolivia, and the government has been known to enforce its anti-Bitcoin stance rather firmly. People caught using Bitcoin and other cryptocurrencies can be fined, and several users have even been arrested on more than one occasion for trading and mining Bitcoin.

Is Bitcoin legal in Tunisia or banned? Nowadays, the status of Bitcoin in this region is controversial.

Similar to most other countries, the region’s central bank has effectively introduced a warning to investors. In this warning, the Bank confirms their guidelines do not protect this form of investment, and investors are at risk of losing a lot of money. The same can be said for any other investment or even most banks.

The government is actively exploring ways to enhance its initial eDinar plans. The government and central bank would control the digital currency of Tunisia as a way to push the country into a cashless society slowly. It is an exciting project first and foremost, albeit it remains to be seen if the eDinar will ever gain any real traction moving forward. 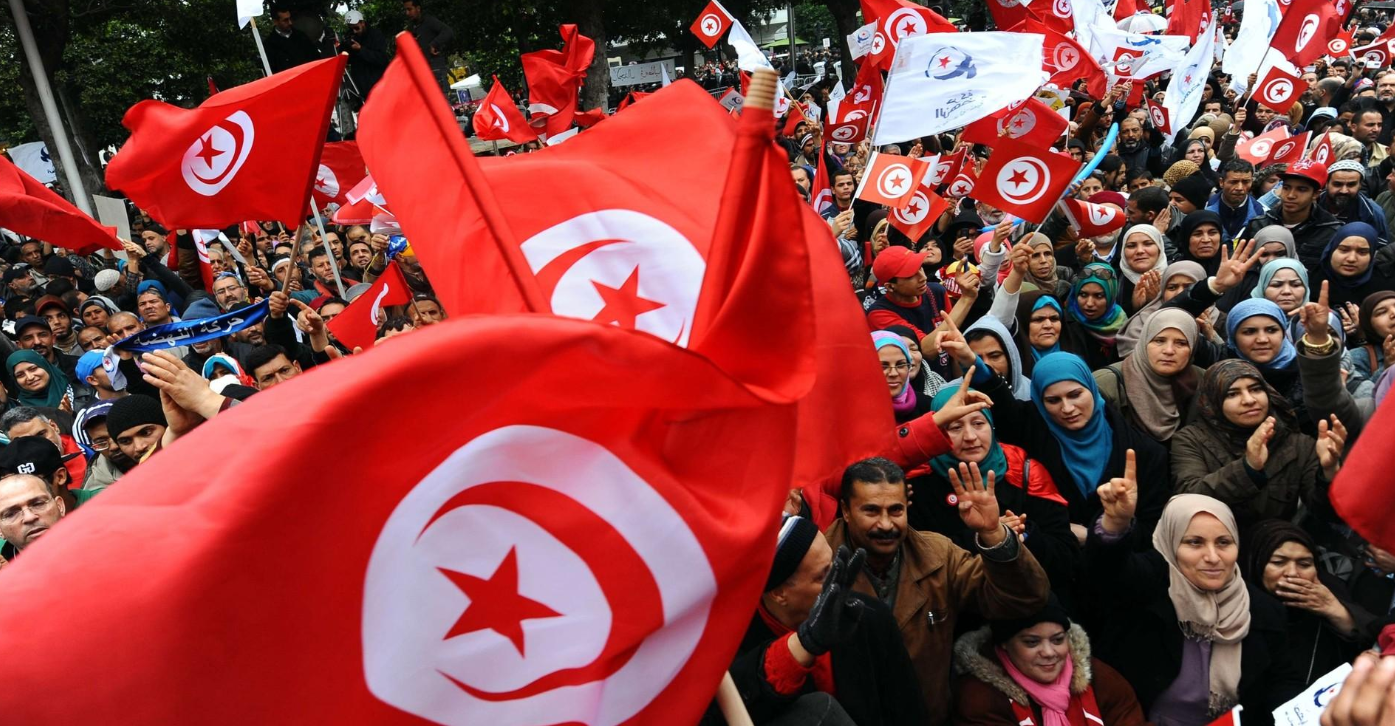 The Central Bank of Libya (CBL) said virtual currency such as Bitcoin is illegal in Libya, and the Libyan law cannot protect those who use it. CBL warned all Libyans, including companies of the security perils of using the virtual currency. Besides, it could be used in crimes, fusing terrorism, and money laundering.

Bitcoin is neither legal or illegal in Ghana. Instead, it’s an unregulated financial tool. Ghana hasn’t settled on regulation for Bitcoin yet. Both the Bank of Ghana and the Securities and Exchange Commission (SEC) haven’t produced any document concerning cryptocurrency regulation. They have both released statements on the technology over the years.

The Bank of Ghana (BOG) has asked the general public to be cautious about the usage of Bitcoin in payments and as an investment vehicle.

However, this hands-off approach might change, with calls in Parliament to regulate to mitigate the risks of fraud. Moreover, the Governor of the Bank of Ghana recently announced that they might issue its digital currency in the future.

Despite warnings from Kenya’s central Bank about the volatility of crypto-currencies: It is to be outside the purview of its regulation and therefore prohibited its use; some businesses in Nairobi are now accepting Bitcoin payments.

However, Kenya offered a window into the potential outcome of lawsuits surrounding the use of cryptocurrencies in jurisdictions that have not explicitly outlawed its use but simply declared it to be unregulated. 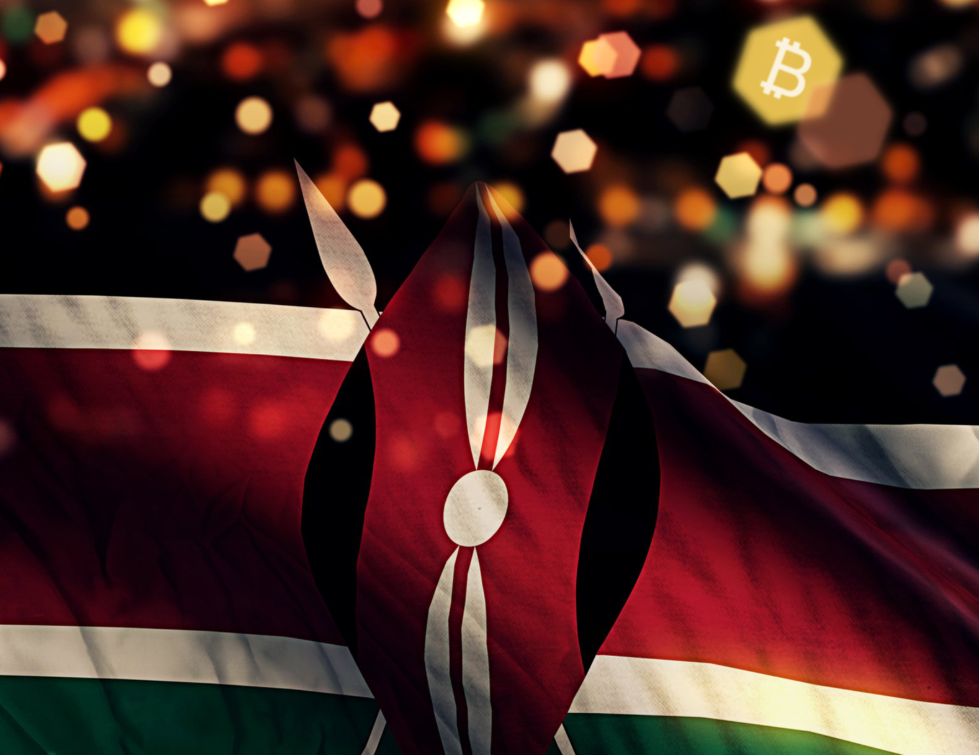 The Central Bank of Lesotho (CBL) warned the nation against embracing cryptocurrencies such as the universally popular bitcoin, saying they were not legal tender in this Kingdom, and those who did so risked violating tax, exchange control, and anti-money laundering laws. The CBL also warned that there were no remedies for the public in the event of any losses suffered.

On January 8, 2018, the Mozambican Federal Reserve Bank (Banco de Moçambique), issued a notice clarified that it does not regulate or supervise any activity or transaction carried out through Bitcoin. Furthermore,  they are not responsible for any impacts of transactions related to bitcoin, because this currency does not have legal support and is not issued by the national monetary authority.

The Bank of Namibia recently made it categorically clear that it does not support the use of virtual currencies, such as Bitcoin. The Bank does not currently oversee, supervise, or regulate the virtual currency landscape in as far as its integrity, soundness, effectiveness, safety, or robustness are concerned. Therefore, anyone who uses such virtual currencies does so at their own risk and does not have any recourse to the Bank.

Therefore, due to this fact, the public is informed that virtual currencies such as Bitcoin are not legal tender nor authorized payment instruments to operate in Namibia.

According to the policy paper by South Africa’s Intergovernmental Fintech Working Group (IFWG), crypto assets and the various activities associated with this innovation can no longer remain outside of the regulatory perimeter.

However, until now, no specific laws or regulations are governing the use or trading of virtual currencies in South Africa. 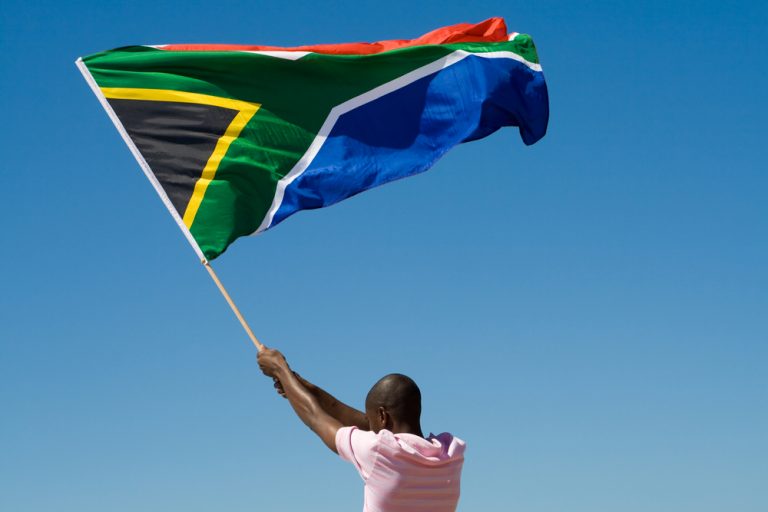 In August 2017, the Central Bank of Swaziland noted that cryptocurrency does not have a legal-tender status in Swaziland. Therefore, Bitcoin is currently not regulated, and this makes holding or trading the currency risk.

In 2017, the Bank of Uganda warning the General public about One-coin Digital Money operations in Uganda. After that, the statement cautioned that one coin’s dealings in cryptocurrency like Bitcoin fall outside the regulatory purview of the Central Bank.

On October 12, 2018, The Zambian central Bank noted cryptocurrencies like Bitcoin aren’t legal tender, cautioning that those transacting in such will have no one to blame in the event of market failure. It appears that the Bank issued the decree because, as a traditional issuer of the depreciating local fiat unit, the kwacha, it has a responsibility to promote its currency.

Zimbabweans have long used Bitcoin and other cryptocurrencies to plug foreign currency and liquidity gaps plaguing the country, so much so that the southern African nation has become one of Africa’s most active markets for crypto transactions. But that hedging strategy has suffered a significant setback after the Zimbabwean Central Bank ordered finance houses to stop processing virtual currency payments and gave then a two-month ultimatum to put this into effect.

Particularly, in December 2017, the Reserve Bank of Zimbabwe noted that cryptocurrencies are not legal tender in Zimbabwe and remain unregulated.

Senegal is one of the countries that previously had a hard-line stance against cryptocurrencies but are beginning to adopt a more reconciliatory approach. And on November 27, 2016, this may become the first country to release a cryptocurrency based on its national currency. This is signaling a welcome approach for cryptocurrency.

Particularly, Senegal introduced eCFA, a digital currency in development in collaboration with Banque Regionale de Marches (BRM) and eCurrency Mint Limited. BRM bank, a Senegal-based financial institution specializing in capital markets and the implementation of tailor-made banking solutions, is leading both the development and integration of the digital currency, which the Senegal government states would serve as a legal tender.

Nigeria is reported to have the world’s third-largest number of users of digital currencies with no adverse impact reported as a result of the government’s ban on cryptocurrencies. This is a country where Bitcoin is not illegal but has yet to get a formal legal status. As of February 11, 2019, the Nigerian naira represented around 0.03% (239.35 BTC) of the total Bitcoin-fiat trading volume over the last 24 hours. As a result, it ranked 15th on Coinhills.com’s rankings of the national currencies most traded for Bitcoin.

Although the Central Bank of Nigeria has issued a regulation that relates to cryptocurrencies, the relevant CBN Regulation does not prohibit the operation of crypto-businesses in Nigeria. The Securities and Exchange Commission (SEC) also issued a public notice warning the public to exercise caution with regards to making investments in cryptocurrencies. There is yet no definitive regulation from the SEC on investment in crypto-businesses or on Initial Coin Offerings (ICOs). 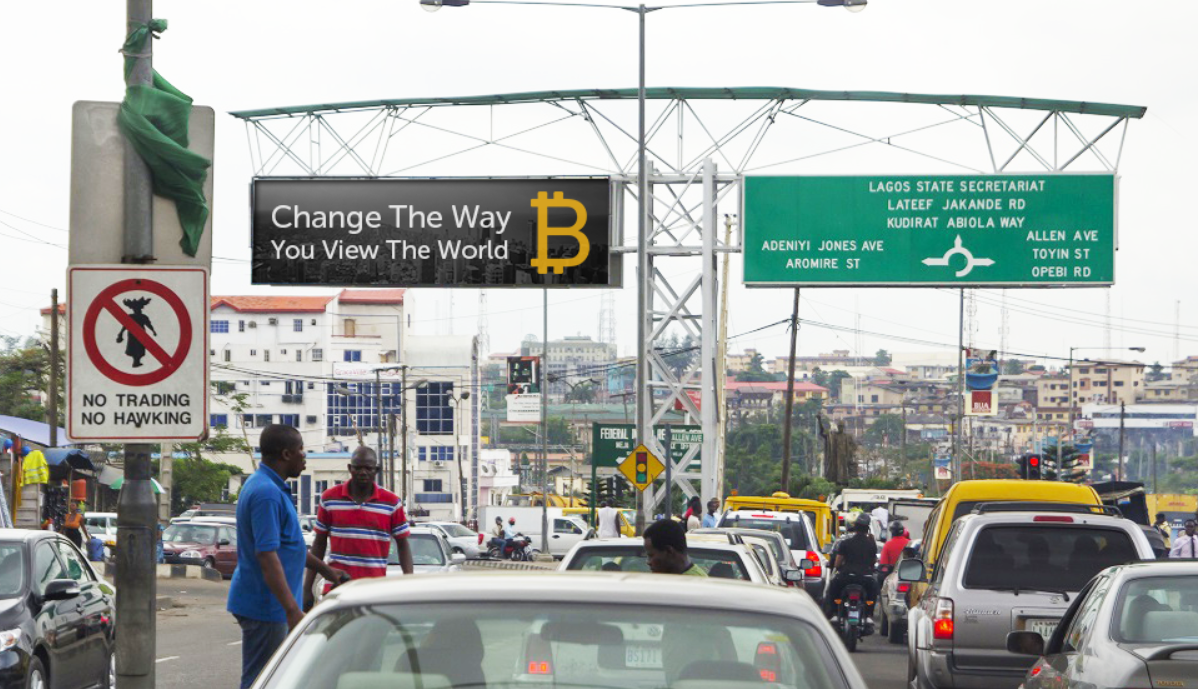 It can be said that the legal situation in Africa is the same as in America in general. Because there are so many states, so many countries, we cannot get an exact consensus on the legality of Bitcoin because each country has a separate autonomy economy. However, with Bitcoin growing. We can believe in the future of cryptocurrency.

How to buy and sell Bitcoin in Laos?

The central bank of Indonesia bans cryptocurrencies as…

The Internal Services Revenue (IRS) has got its eye on…

The Chinese province of Yunnan becomes the latest…

The Indian government may be regulating crypto as an…