According to new data from digital research firm CryptoCompare, the crypto industry may be better than we thought because investors’ interest is piqued. The platform has reported a high of roughly 11,000 trades per second and approximately six million per hour in recent days. That’s a 200% increase over average usage.

“With the upcoming halving of bitcoin coinciding with one of the biggest experiments in money-printing and central bank intervention in modern history, the conditions are ripe for #bitcoin to prove itself as a deflationary, less correlated safe haven” https://t.co/FernhXR2z7

CryptoCompare reported a recent peak of 11,000/second trades and 6 million per hour

Over the past two weeks, the Dow has dropped below the 20,000 mark here and for the first time in three years, while the cryptocurrency has also dropped sharply. For example, the price of Bitcoin has fallen from about $ 8,700 to a range of $ 4,000 in less than a week.

According to CryptoCompare, the interest of investors has been aroused, and there are about 11,000 transactions per second and nearly six million per hour in recent days. That’s a 200% increase from the average usage.

“One of the big questions of investors around Bitcoin is whether it qualifies as a safe haven asset. At first glance, the world’s number one digital asset seems to be shaking when the cryptocurrency market rocked on March 12. It was around this time that Bitcoin dropped about 30% compared to February, along with the S&P and the FTSE, which fell by 29% and 31%, respectively.” 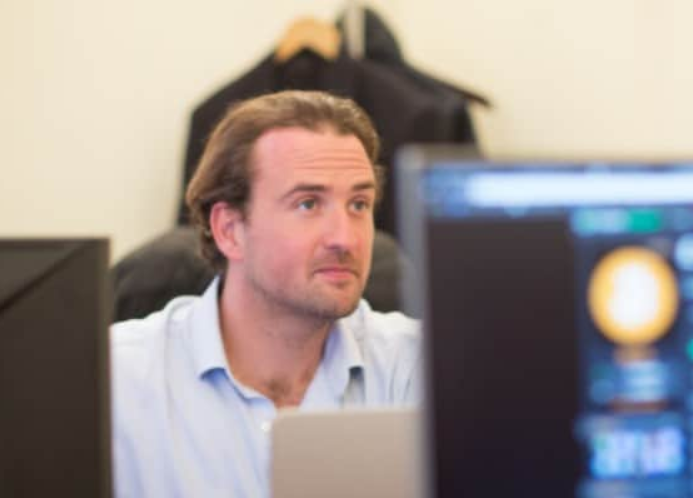 Bitcoin has soared only about $ 6,500 since yesterday afternoon, which means it has risen nearly $ 2,000 since the lowest point in the crisis. Hayter, like some others, believes it is on the verge of proving itself to be a safe-haven asset with little correlation with others.

As Bitcoin halving is about to take place, this event will coincide with one of the most significant tests of money printing and central bank intervention in modern history. And at this time, the conditions are ripe for bitcoin to prove itself as a deflationary, less correlated safe haven.

The situation of Bitcoin as a safe haven has been threatened recently when its price dropped following the global stock market. Suddenly, it is considered a riskier asset for investors seeking safety.

The data also shows a considerable boom in trading across digital exchanges on March 13 a day after the cryptocurrency space experienced its significant decline with platforms like Coinbase and Bitstamp earning the top spots.

Hayter explained in the report:

“While the coronavirus has undoubtedly taken a nasty toll on the markets, crypto remains in solid shape, and conditions are ripe to help digital currencies establish themselves as legitimate, worthwhile assets. With volumes, data usage, and Google search for bitcoin soaring at such a critical juncture in market history, crypto markets are far from falling apart.”

IPX edges into positive territory, surged 80% even though its top peers revers

The extreme volatility has seen $230 million in both…

Here are three major factors that caused the Bitcoin…

Bitfinex hackers moved another portion of the stolen…