The crypto market is not one for the faint-hearted. And in true fashion, Bitcoin and other cryptocurrencies suddenly plunged over 10-15% earlier today before quickly recovering.

But the recovery not necessarily bears well for some traders: Close to $1 billion worth of Bitcoin and Ethereum longs were liquidated in the move.

There seem to be two main reasons behind the unexpected liquidation. First, the volume in the cryptocurrency market tends to decrease during the weekends. Secondly, the market was heavily influenced by long orders or buyers.

After an almost unstoppable rally, Bitcoin faced an extreme correction a few hours ago. After moving above $ 12,000 for the first time in a year, BTC has dropped by around $ 1,500 in five minutes (equivalent to -13%). 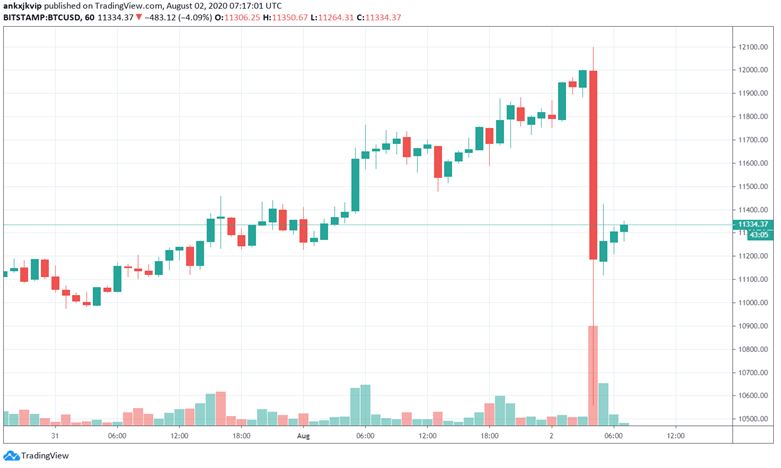 This extreme move – arguably one of the fastest discounts in the history of this market – has sent shockwaves across the market.

The cryptocurrency market tends to see large liquidations over the weekend. Liquidity often decreases due to the fact that there are few active traders in the market. Lower volumes lead to large price fluctuations, as cryptocurrencies become more vulnerable.

As the hundreds of millions of long contracts began to be liquidated, Bitcoin dropped rapidly from $ 12,000 to near $ 10,500 within 15 minutes.

This is not a coincidence. In technical analysis of healthy trends, strong resistance becomes strong support when violated, and $ 10,500 is a stiff resistance for Bitcoin while a high level holds since 2020 since mid-February.

Besides, $ 10,500 is exactly the Golden Fibonacci retracement level after the last leg of the BTC rally. The correction has been anticipated, and so far, it is a healthy thing on Bitcoin’s way “to the moon.”

In any case, Bitcoin was quickly recovering when huge purchase orders were concerned about a price drop, and as of the moment, Bitcoin is trading around $ 11,200 – $ 11,300.

Another thing to note is the importance of the yellow ascending trend line of about $ 11,650 on Bitcoin’s 1D chart. This road began to form a year ago. Bitcoin could not hold on to this trend line for more than a day.

After the drop, Bitcoin is currently facing $ 11,400 (a high from last Monday). This is the first resistance level to watch.

After a recent boom rally breaking $ 400, ETH has faced an extreme correction. Its price has fallen by 26%. 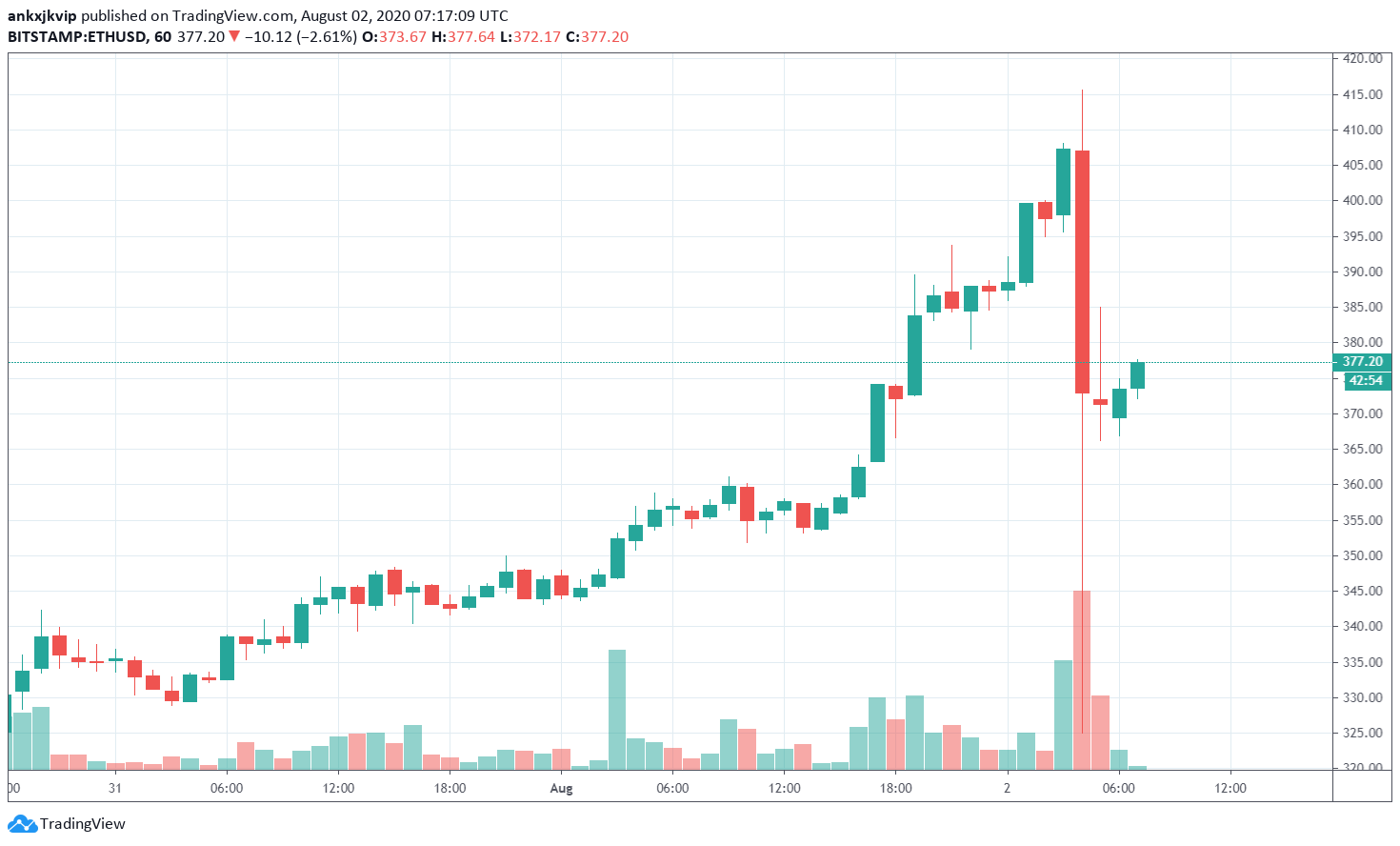 The cryptocurrency market tends to see large liquidations over the weekend. Liquidity often decreases due to the fact that there are few active traders in the market. Lower volumes lead to large price fluctuations, as cryptocurrencies become more vulnerable.

According to one trader, $ 1 billion worth of Bitcoin and Ether futures were liquidated around the time the ETH price fell. This shows that buyers were too focused on the rally because they probably thought this was a comprehensive market.

ETH funding ratio is at 0.21%, showing a significant uptrend. But after the liquidation, the predicted funding rate of ETH was 0.19%. 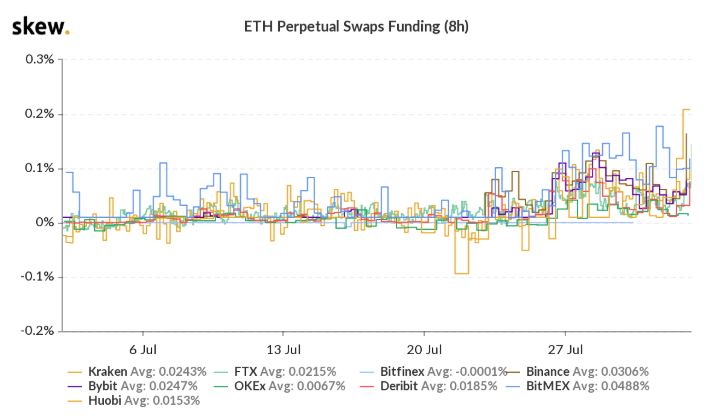 Traders and analysts are still trying to respond to extreme fluctuations in the price of ETH. It was closely watched as it dropped to a low of $ 303 on certain platforms, meaning it dropped by around $ 112 within an hour.

One trader shared that as long as Ether holds the $ 360 resistance, it maintains the uptrend. $ 360 is the level where ETH finds a top at the peak of the 2019 rally.

This optimism was echoed by trader “Satoshi Flipper,” who shared the chart showing that The extreme drop that sent ETH to $ 303 was quickly acquired by the bulls, with the price almost returning to the pre-breakdown level. In his opinion, this is a sign that ETH is still in a macro-growth market, meaning the decline is only a temporary failure.

$ETH is a champ, that nuke was bought right back up

XRP continues to show its positive performance in recent weeks by maintaining in positive territory.

It broke the psychological level of $ 0.3 for the first time in more than five months today. The price reached the $ 0.32 high before being swept into an extreme correction along with Bitcoin and ETH that made it drop to its current level of $ 0.297. 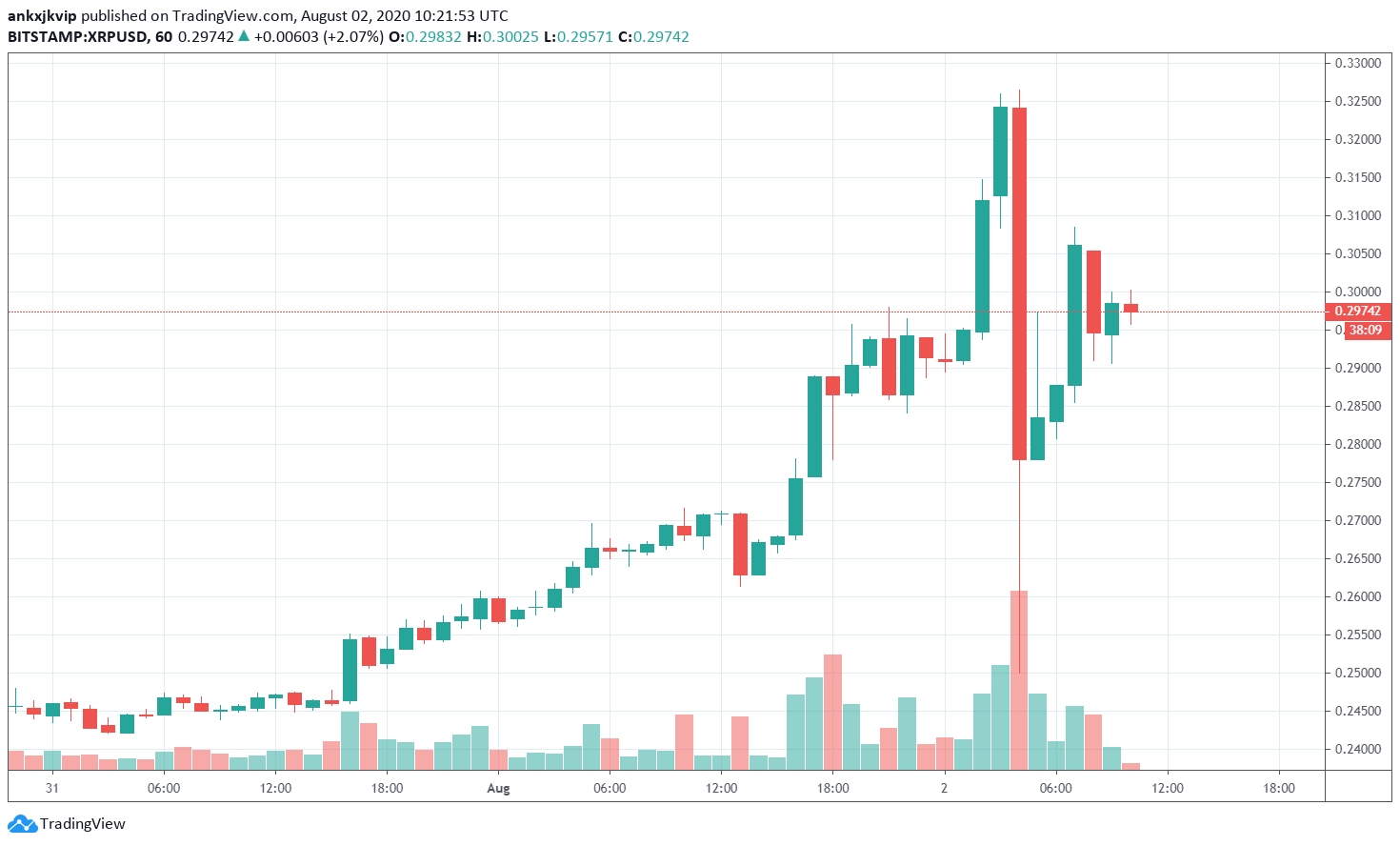 However, it should be noted that while most cryptocurrencies in the space are adjusting 2% – 10% in the past 24 hours, XRP is recording double-digit growth, up nearly 11%. This shows that XRP is resisting selling pressure that has been hitting the entire market over the past few hours.

XRP also leads the market with a market valuation of $ 13.3 billion and is strong enough to overcome previous resistances, and move with the cryptocurrency market if it keeps rising higher. 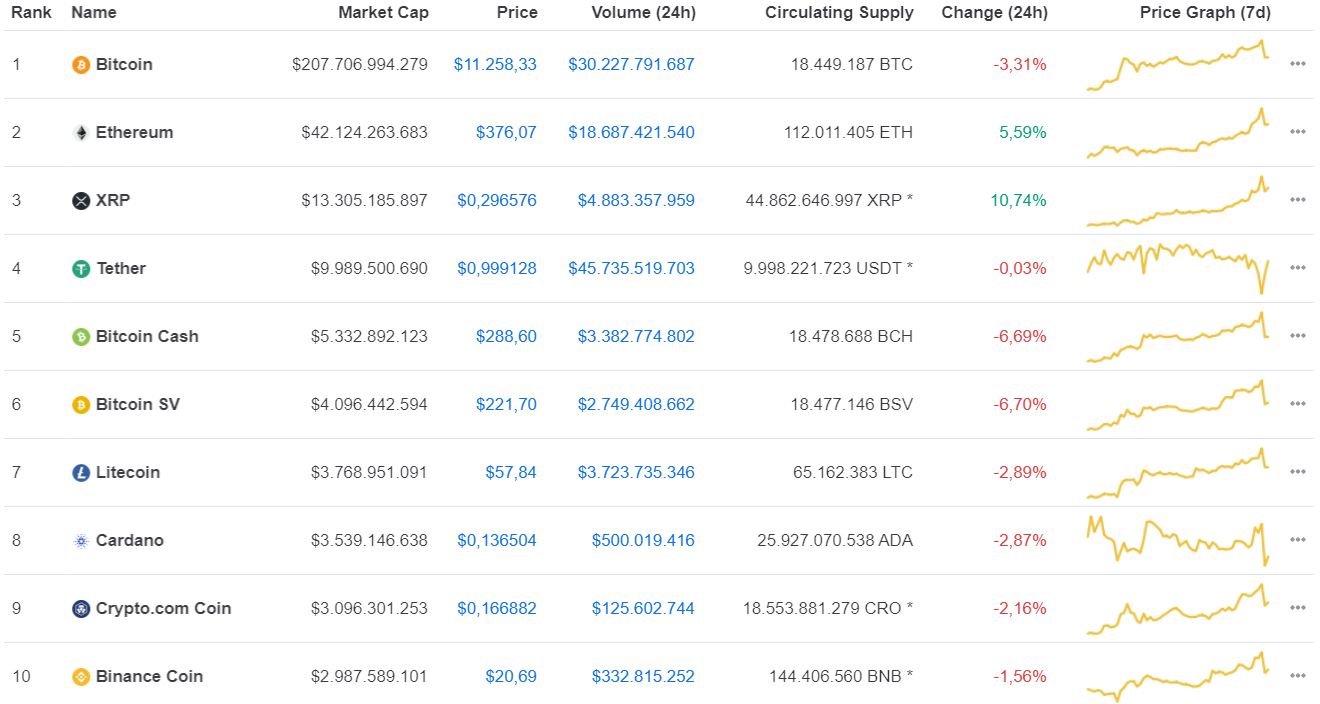 “XRP bears are going to be astonished when this does a 3-4x (on a break of .30c). In the end, they will be XRP bulls all the while showing a lack of understanding of macro reversals.”