At the end of the two-day policy meeting on July 28-29, the Federal Open Market Committee (FOMC), the Federal Reserve’s policymaker, announced that it would keep interest rates at 0 – 0.25%.

When Gold hit a new ATH and Bitcoin broke $ 11k, Robert Kiyosaki, author of the best-selling book “Rich Dad Poor Dad,” said that if the gold market is too rich for your blood, you may want to consider silver or Bitcoin. He made this comment when he realized that too many people were suddenly involved in the gold market.

Bitcoin price surged nearly 12% earlier this week to set an annual high of $ 11,420. However, King Coin then adjusted down to 7%. Its pullback comes due to the profit-taking sentiment among daytraders.

At the same time, Bitcoin dropped as investors shifted their focus to the stock market after the Federal Reserve decided to continue a $ 2 trillion stimulus program.

Technically, BTCUSD seems to have disabled its overbought state. This week, the rally pushed the daily RSI above 70. Such a move often leads to higher selling pressure, causing an asset to lose value. However, it does not reflect the actual bias of the market. 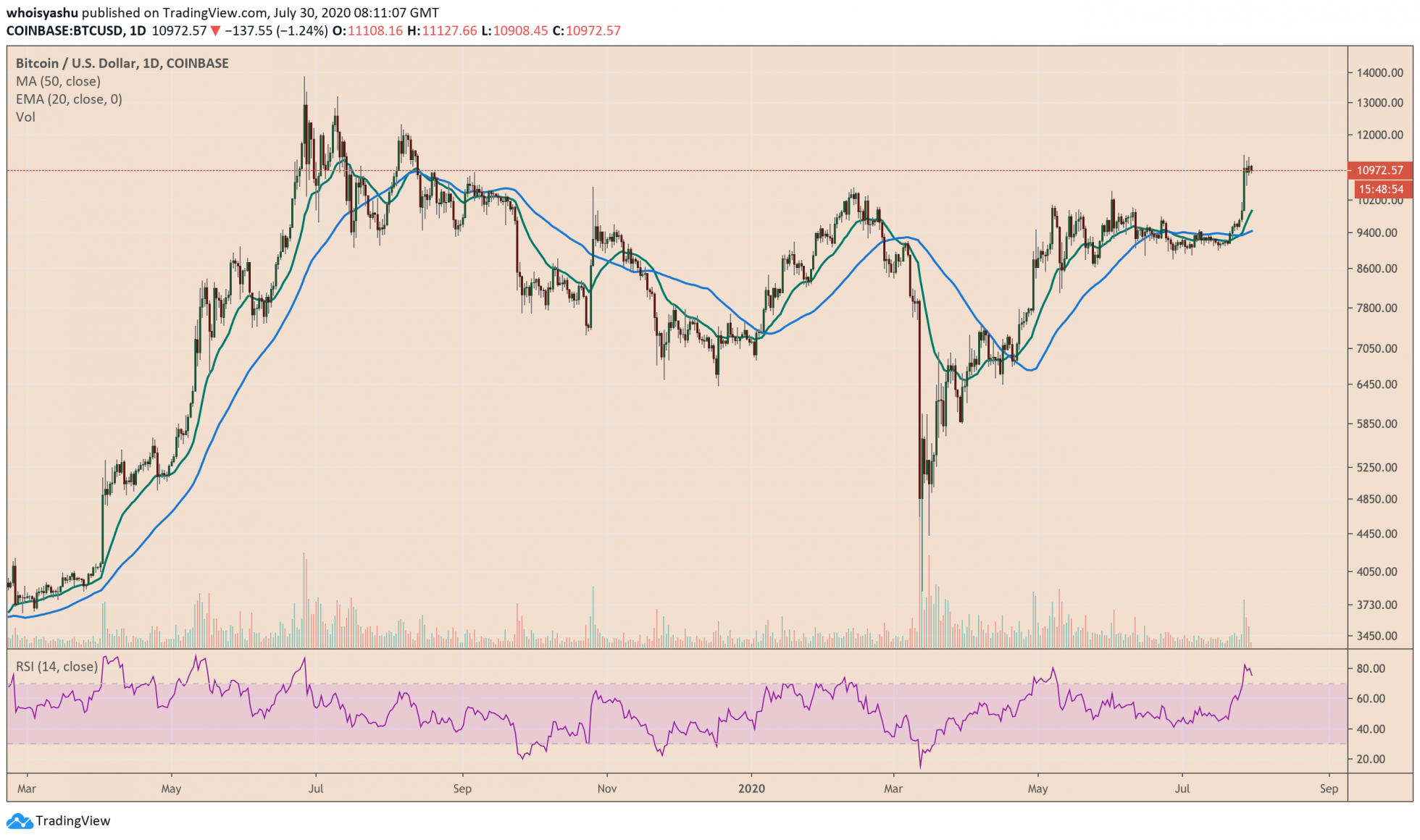 Bitcoin can currently go either way: The consolidation moves sideways in the trading range until the bulls refuel to continue the prevailing uptrend; or could plunge downwards on further profit-taking sentiment.

Incidentally, the two technical indicators in the textbook show that Bitcoin is aiming for at least $ 12,000 even if it corrects further.

The first is the Symmetrical Triangle, which has now been broken. 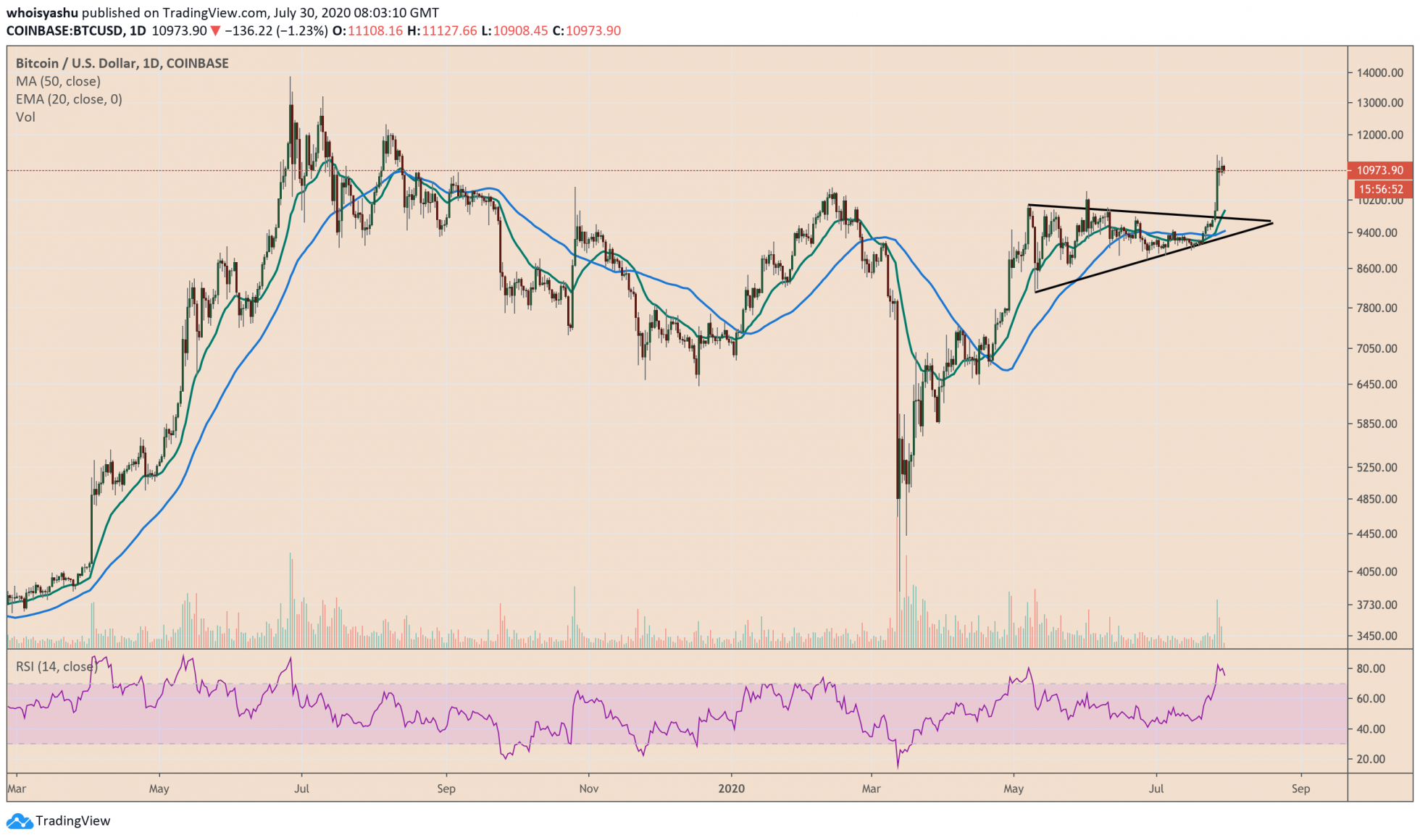 Bitcoin has moved out of the Triangle range with increased trading volume, consistent with the technical description of a breakout move. Ideally, the cryptocurrency will fly across the height of the sample. The maximum distance between the upper and lower trendline of a triangle is about $ 1,900. 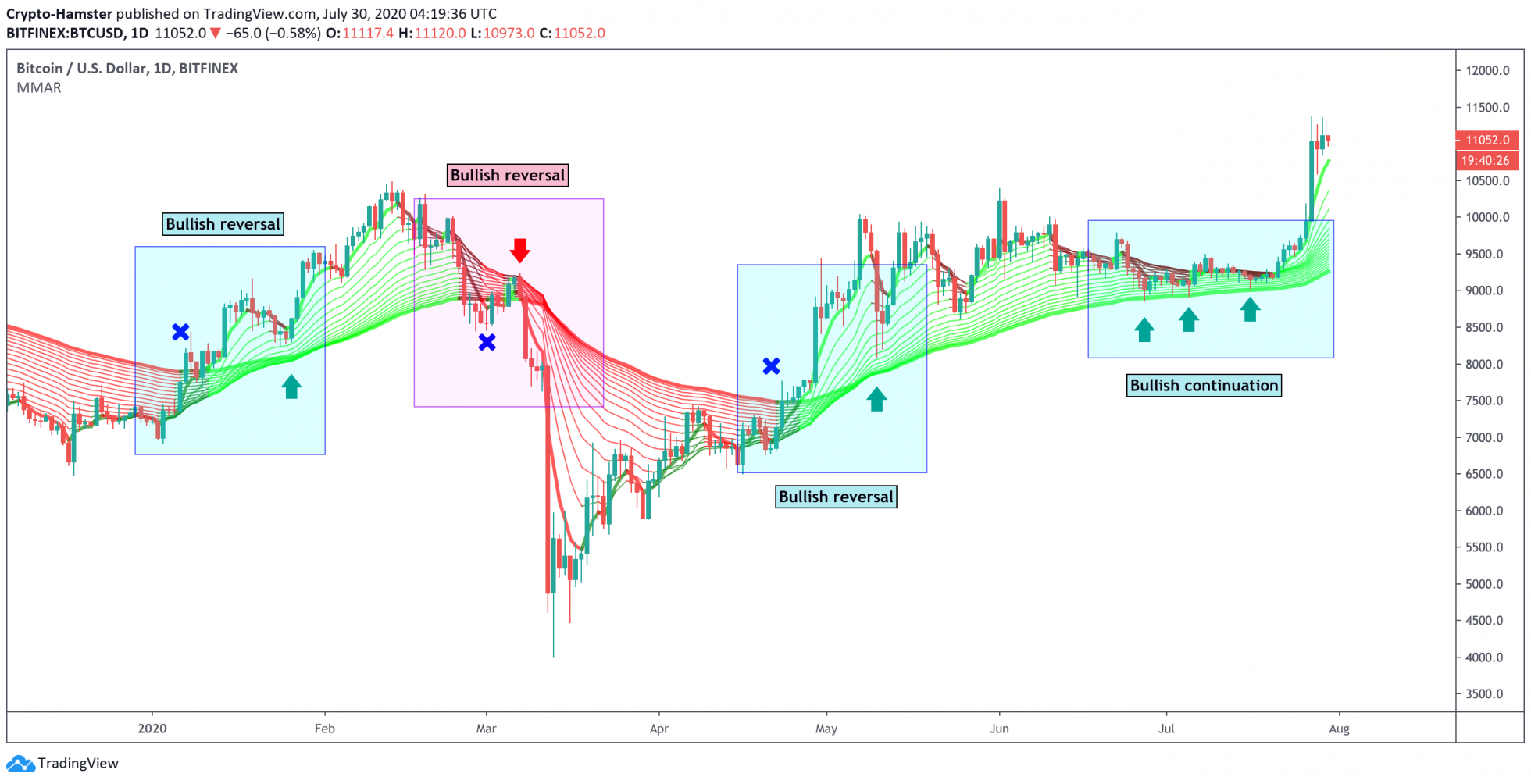 With the MMR still green, it’s very likely that Bitcoin will continue to increase in price to $ 12,000.

Over the past few sessions, Ethereum has been trading in a wide range above the support of $ 310. ETH price made a few attempts to clear the $ 325 resistance but failed.

There seems to be an important contract triangle forming with resistance near $ 321 on the hourly chart of ETH / USD. If the price breaks out of the triangle resistance, it can even erase the resistance at $ 325. A successful close above $ 325 could open the door for a strong rally in the coming sessions. The next target for the uptrend could be $ 350.

Yesterday, the XRP price gained traction above the $ 0.242 resistance level, and it maintained well above the 100-hour SMA.

Bitcoin Cash seems to have suffered the same fate with many altcoins – the discount. This decrease follows the correlation of altcoins with Bitcoin. With the BTC price surging higher, it makes sense that people flock to BTC and stay away from altcoins like BCH. 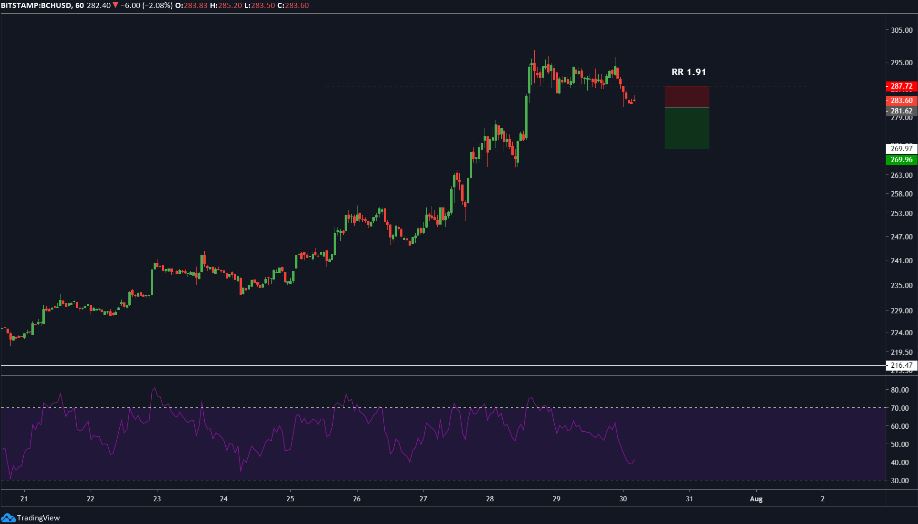 BCH is on the way to implementing the Bart pattern, a model that will push the price down to the start – $ 272. A Bart pattern appears when the price of a crypto asset rises rapidly and almost vertically, then moves sideways due to buyer exhaustion. This was eventually followed by a drop in price to its original level, thus creating a model similar to Bart Simpson, a character in a sitcom – The Simpsons.

Although the price has started the Bart model, it is not yet complete. Therefore, there may be a chance of short coins with ~ 4% profit. The short position seems simple, and the disadvantages include a tight stop that can invalidate the position. Therefore, it is advisable to adjust the stop loss based on one’s risk appetite.

In addition, the RSI describes the bounce even before it touches the oversold zone. Considering the situation, this recovery may be a false surge. A much more conservative short position will open at the resistance of $ 287.64 with a stop loss set at $ 294.38 while having the same goals as the aforementioned short position.

Either way, the goal for the BCH in the short term is $ 269.97. Profits can also be taken at $ 276 as a small resistance level can prevent the price from falling lower. Moreover, the RSI is almost in the oversold zone and supporting the target of $ 276.

27 large tycoons of PlusToken were arrested, totaling losses of up to $ 5.7 billion