Bitcoin price eventually woke up to a new high in 2020, but when it soared past $ 10,000, some traders seemed to have opened excessively long positions. This effect becomes more noticeable when the rate of funding for permanent contracts reaches the second-highest level this year at 12.4% per month.

Bitcoin fees have risen much larger in recent days, soaring to a two-month high of $ 3.80 per network transaction. Cryptocurrency asset fees have skyrocketed 590% since June 14, and mempool size has increased dramatically.

Meanwhile, on-chain data shows that bitcoin’s breakout above $ 11,000 makes 93% of the circulating supply profitable. Also, seven-day figures show that Bitcoin’s “realized price” has recovered from a low that took place on March 12.

The Bitcoin price has stabilized in the region below $ 11,000, which seems to indicate that it is preparing for a higher upward push in the near term.

Overnight, King Coin faced some turbulence as the bears pushed it to as low as $ 10,500, but the support here proved to be significant. The strong reaction to $ 10,500 is an extremely important development because it shows that the bulls are tightly controlling BTC – even after being rejected at $ 11,400.

Analysts are now claiming that the protection of this level is an extremely active technical development because it shows that the bulls can make a support flip in the textbook – open the door for BTC to see growth in the near future.

The main resistance level that analysts are currently watching closely is at $ 11,700.

While talking about this level, an analyst noted that it was the most important level across the chart, adding that a breakout on it could be enough to make Bitcoin fly higher. 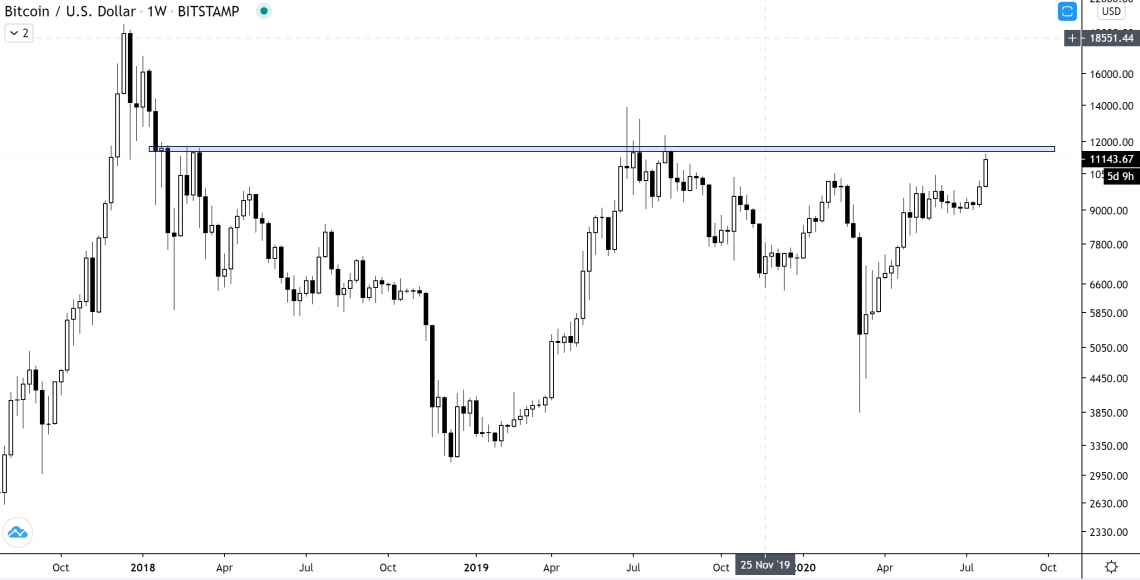 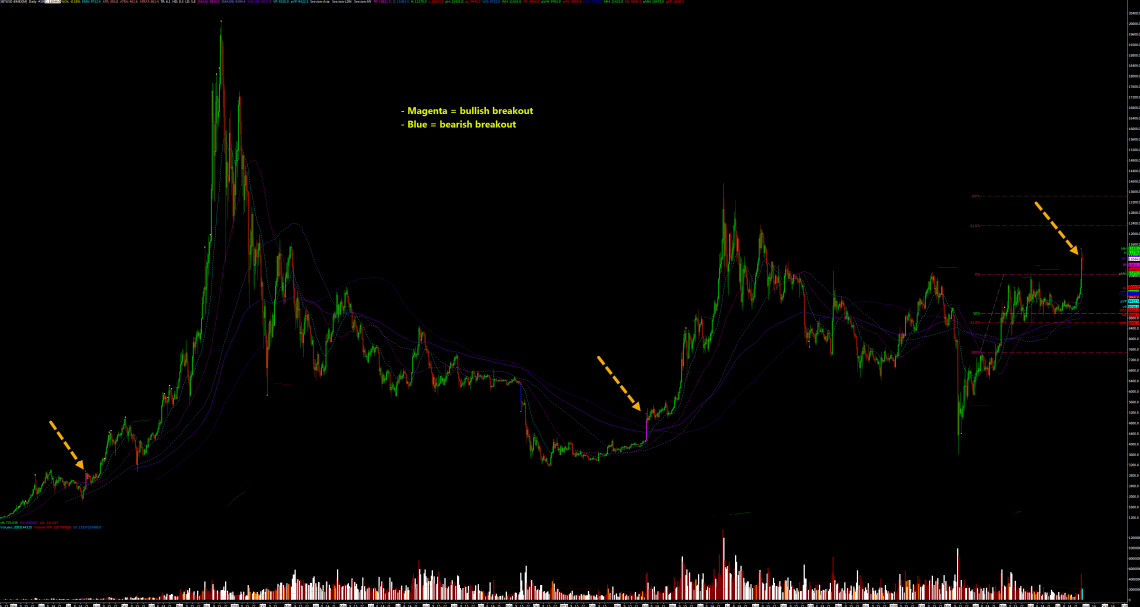 If the price action seen after this signal appears the same as seen in the past, that could mean Bitcoin is about to follow the parabolic path.

According to blockchain analysis firm Santiment, there are some signs that ETH’s ongoing rally may soon stop. 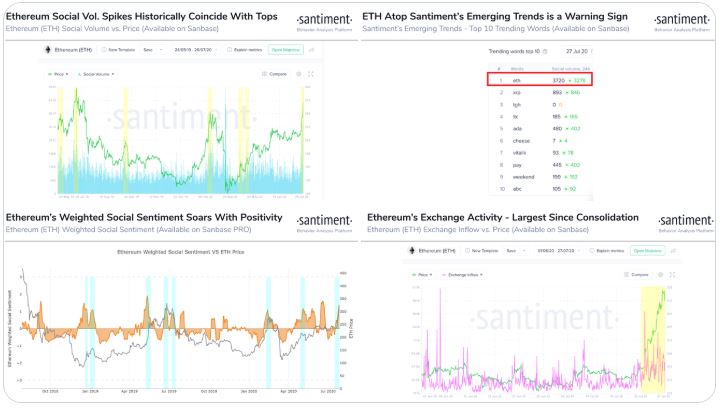 This latest analysis by Santiment comes as soon as the company points to another figure showing ETH may retrace.

“With $ETH peaking at $316 yesterday, the DAA vs. Price YTD model shows that the surplus of daily active addresses transacting has finally been equalized by its price. For the first time since June 17th, there is now a deficit of DAA, which indicates the potential of a short-term pullback.”

The techniques totally agree with the bearish prospects that the on-chain indicators and social trends draw on.

Trader “il Capo of Crypto” explained that Ethereum is trading on a discounted conditioning model that will lead to it headed at $ 380. What the analyst expects to follow this top is a drop under $100 early in 2021. 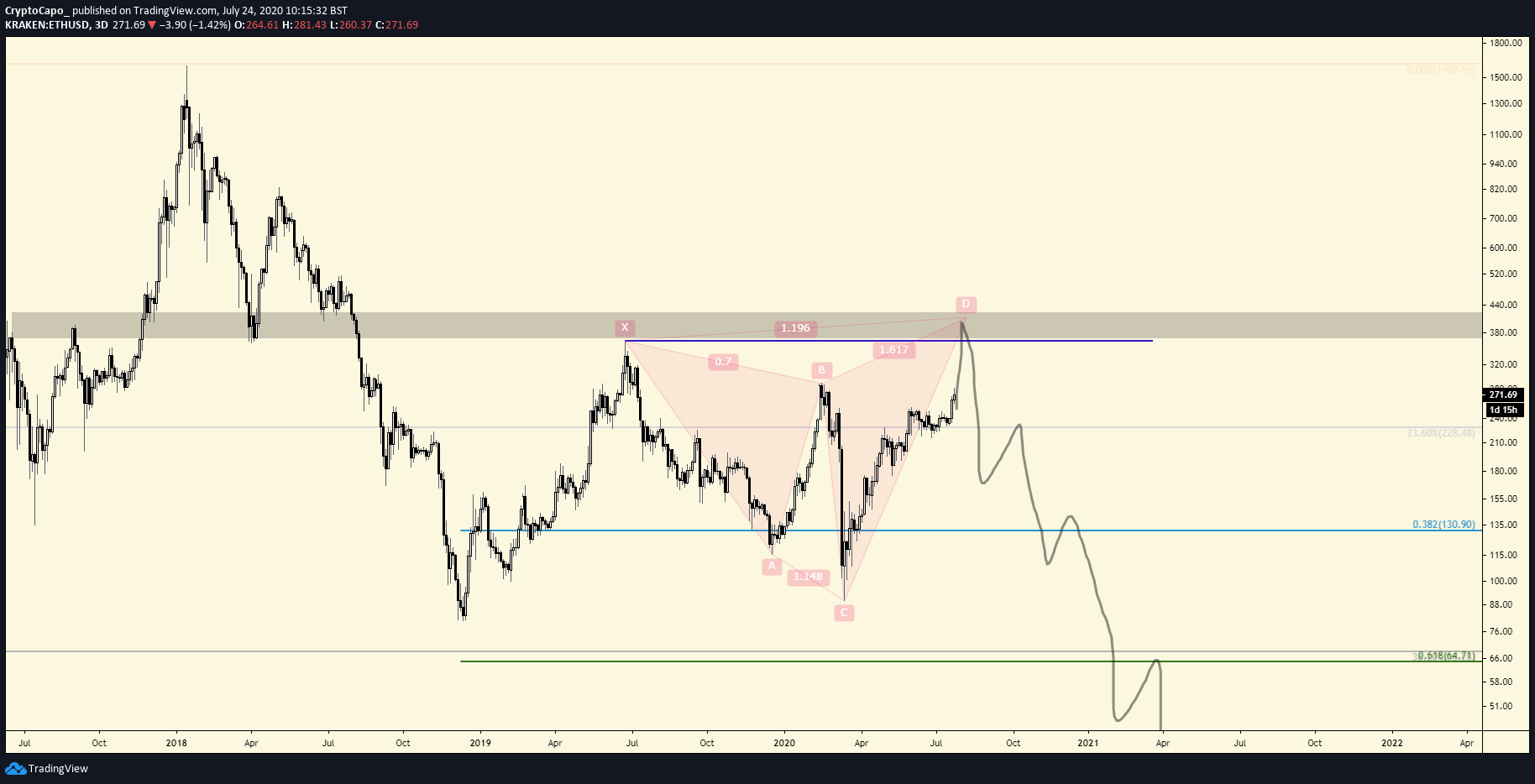 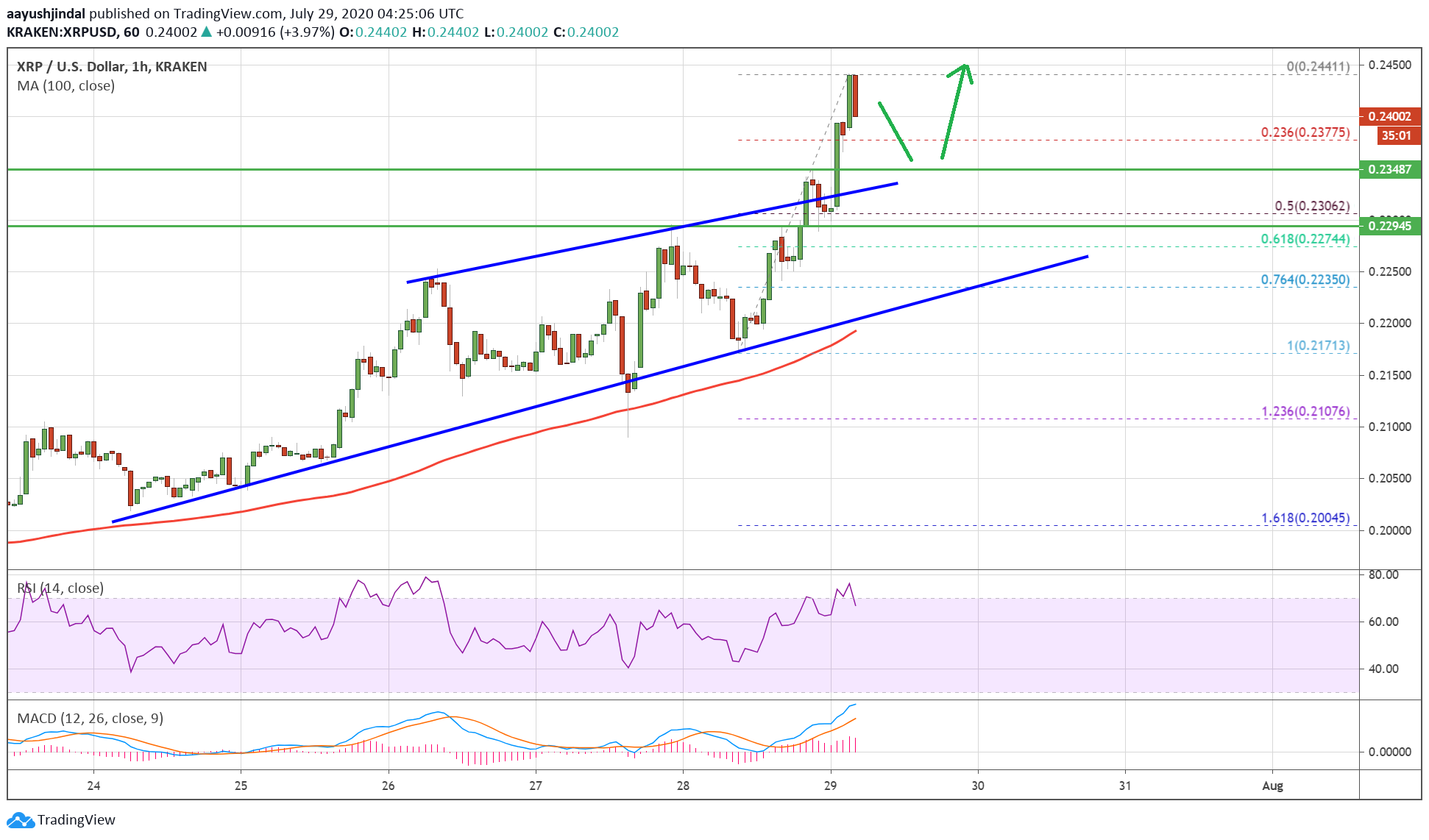 There is also an important uptrend line forming with support near $ 0.226 on the hourly chart of the XRP / USD pair. On the positive side, the pair can struggle to clear the $ 0.242 resistance level.

A successful break above $ 0.242 can open the door for another leg higher. In the case mentioned, the price will probably return to $ 0.25 in the near future.

It looks like there is a short-term contact triangle forming with resistance near $ 295 on the 4-hour chart of the BCH / USD pair. Below the triangle support, there is major support formed near $ 280. 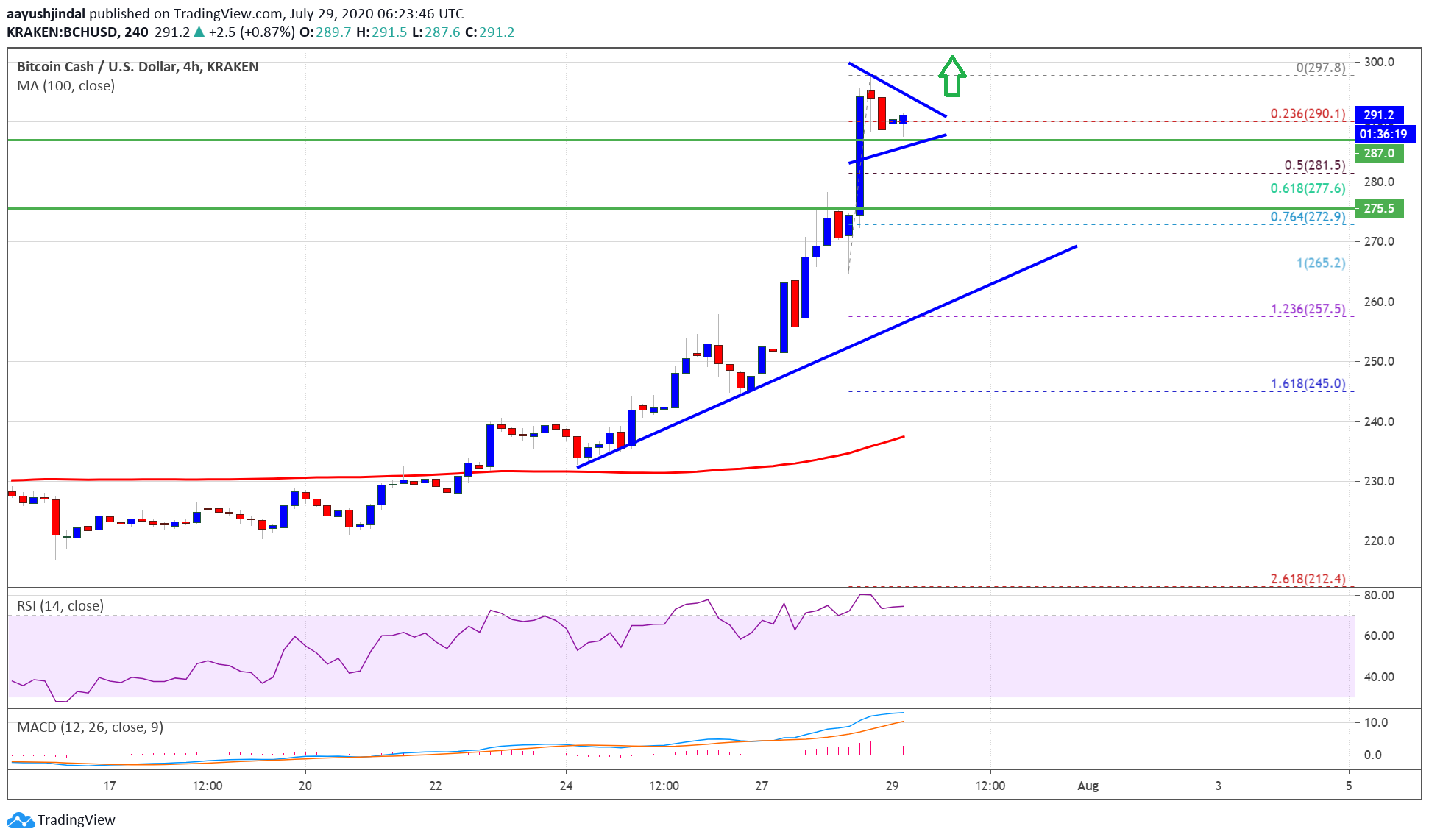 A successful break above the triangle resistance and then $ 300 can open the doors for a bigger rise. In the case mentioned, the price could rise to $ 320 in the near future.

With the value of funds locked in DeFi almost quadrupling in less than two months, the community is debating whether DeFi is in a bubble

Coinabse Review: A noticeable uptick in institutional business’s growth in the first half of the year