Crypto price analysis 7/25: Bitcoin could see a parabolic rally to $17,000 in the coming months plus ETH, TOMO, AMPL

Bitcoin has covered a significant amount of ground in the past few years. Originally considered an asset primarily used for illegal activities, it eventually received US OCC approval, as banks in the US will now be able to provide cryptocurrency depository services to their customers.

This move could further encourage institutional investors to participate in the crypto space because they can trust their banks more than the other depository services offered.

In the short term, investor sentiment may be affected by the performance of gold and the US stock market. When gold is backed by momentum, institutional investors are likely to still invest in it.

At the same time, if the US stock market enters a correction as predicted by some stock market veterans, BTC could show weakness due to its strong correlation with the S&P 500.

March is a scary time for investors in the cryptocurrency market.

In about a week, the Bitcoin price dropped from $ 9,000 to $ 3,700. The decline was brutal: billions of dollars were liquidated, investors left the industry, and a number of companies went bankrupt. With such a strong shakeout, some people are afraid of what will happen next to BTC.

However, an analyst upheld his optimism.

Several hours after Bitcoin hit $ 3,700, the analyst shared the chart below, in which he proposed a bottom was in after the falling to $ 3,700. He added that it would most likely have a V-shaped reversal, bringing Bitcoin back to $ 10,000 in May or June.

Currently, the same analyst says that Bitcoin could witness a parabolic rally above $ 17,000 in the coming months.

“A fair amount of ‘19/20 Bitcoin accumulation is happening by whales who bought the alt bottom. My BTC best guess for the remainder of the year: Parabolic 17K rally as altcoins hit distribution range followed by market-wide shakeout, a retest of 10.5K and grind to ATH”.

ETH is currently in the process of consolidating following its huge growth trend seen over the past few days.

The cryptocurrency is showing some signs of strength as it is trading above the $ 280 zone.

Now it looks like altcoin may be ready to see further price increases in the coming days and weeks, as its latest bull run allows it to break many major resistance levels.

This movement has also allowed ETH to form what analyst “Cactus” is describing as the most bullish HTF candle it has formed in the past two years.

If it can hold above this level when the weekly close is very close, it could possibly rise to $ 500. 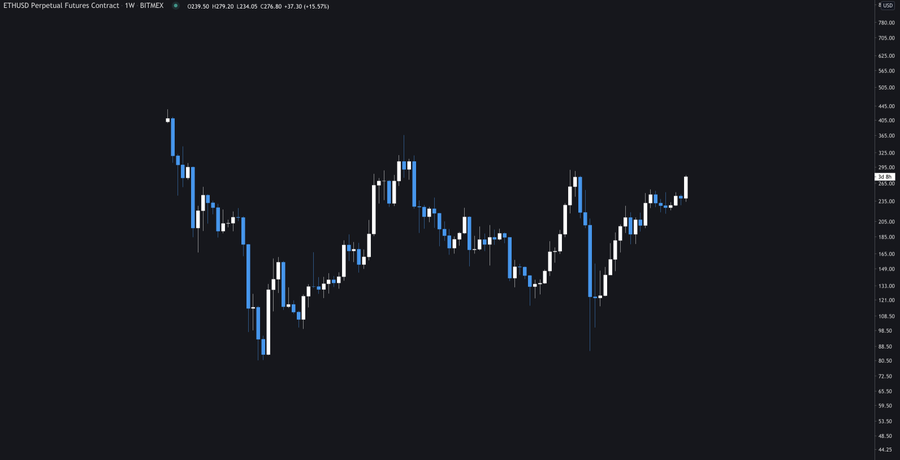 The analyst also noted that ETH is currently exerting strong pressure on the top of a long trading range.

Because the resistance here is quite strong, a break above this level can lay a solid foundation for ETH to enter a full bull market. He even noted that this could lead it up to $ 1,000. 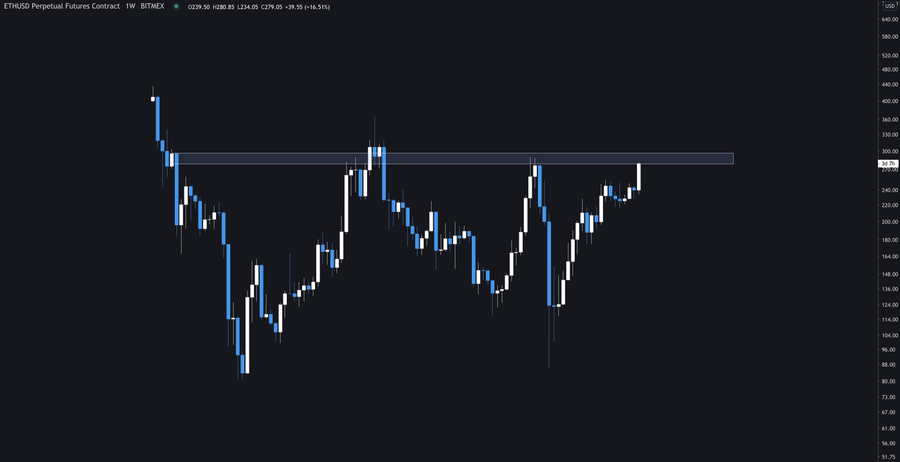 TOMO‘s price began an upward move in February 2020 and rose sharply in June. Since then, TOMO has increased significantly, and created eight weekly bullish candles in a row.

Moreover, TOMO has broken above the resistance zone of 8700 satoshis, a level that it has been trading since April 2019.

The technical indicators are backing upside. While the RSI is in the overbought zone, it has not yet formed any bearish divergences. Moreover, the trading volume is quite high in the current weekly candle, although it is only two days before this candle closes.

As long as the price is trading above the 8,700 sts area, it is likely to rise towards the next resistance zone at 15,500 sts. 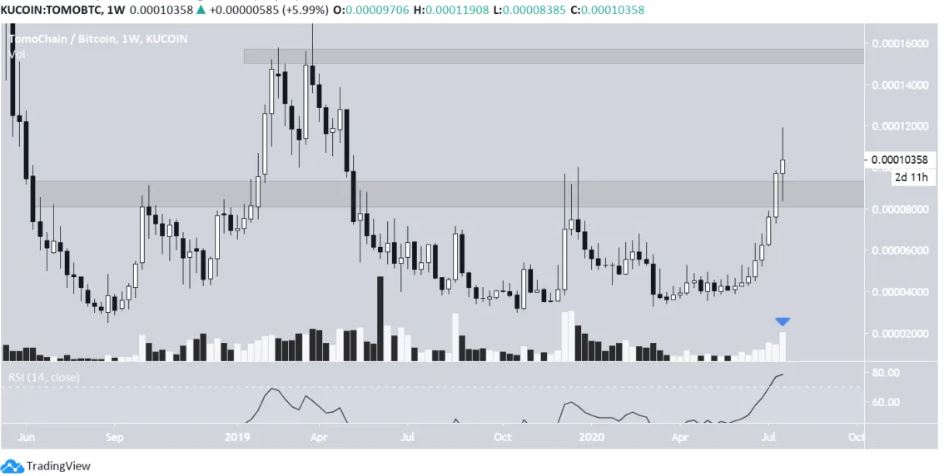 In the short term, the price has formed a shooting star candlestick, which is a bearish reversal sign, often indicating that the uptrend has ended. This candlestick was created in a large volume.

However, the price had retested the breakout levels and increased since then. Price is currently retesting the high of shooting star candlestick.

Therefore, the most likely scenario at the moment is that the price will retest the breakout level before continuing to move up.

However, the hourly chart shows the price has moved in a support line and has just broken above the symmetrical triangle. An indication that demand is higher. 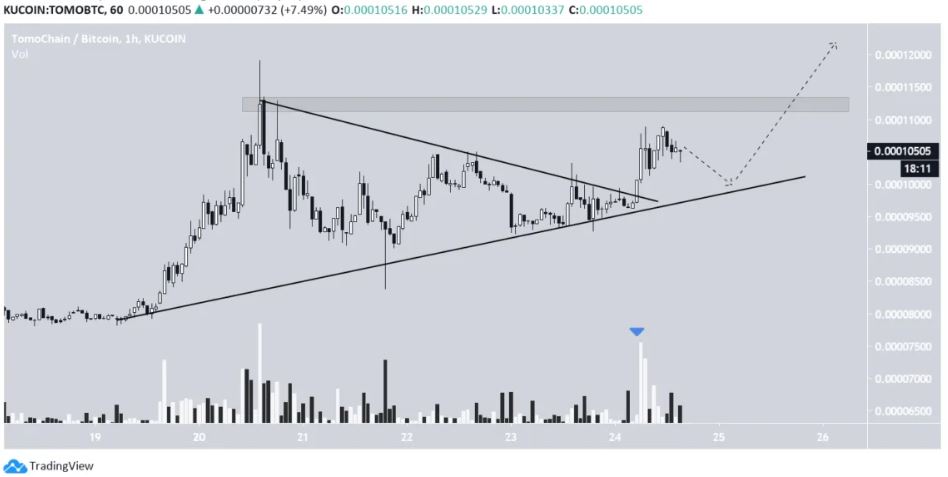 At a glance, Ampleforth (AMPL), another DeFi project that is competing for market share in a booming market, has just experienced a 700,000% pump on the FTX platform. Altcoin soared from under $ 2 to $ 13,400 per AMPL.

DeFi tokens have been flying high recently, but there has never been a case like this. The pump has even pushed altcoin far beyond the price of Bitcoin, the leading cryptocurrency by market cap.

A few minutes later, the property immediately collapsed 99.99%, causing some traders to scratch their heads and a few lucky wealthy people.

Bitcoin is a form of money covered under the Washington, D.C., Money Transmitters Act

With politics and the pandemic, the African continent might be more likely to adopt Bitcoin than anticipated