Today is a strong day for scarce assets like Bitcoin, gold, and silver. These three markets are surging on a day when the S&P 500 struggles to post any gains after Monday’s rally.

A well-known hedge fund manager has long been interested in BTC, expecting this rally will continue. He said that the three properties mentioned above, along with other assets in the class, could soon explode higher.

Yesterday, BTC broke the range and started rising sharply above the $ 9,200 resistance.

If the pair breaks down the triangle resistance and $ 9,400, it is likely to continue higher. A successful close above $ 9,400 will likely open opportunities towards the $ 9,500 and $ 9,550 resistance levels in the next sessions.

Despite witnessing a surge in volatility today, Ethereum is still caught in its macro trading range in the range of $ 230 to $ 250.

ETH has respected both these levels as support and resistance and now appears to be preparing to test the upper boundary of this range.

This marks a noticeable increase from its recent lows of $ 230, where it has been consolidating over the past week.

Analyst “Cactus” is currently noticing that ETH could target $ 350 in the near term. In a recent blog post, the analyst explained that a break above $ 244 in the coming hours could spark a rally that allows it to set new highs in 2020. 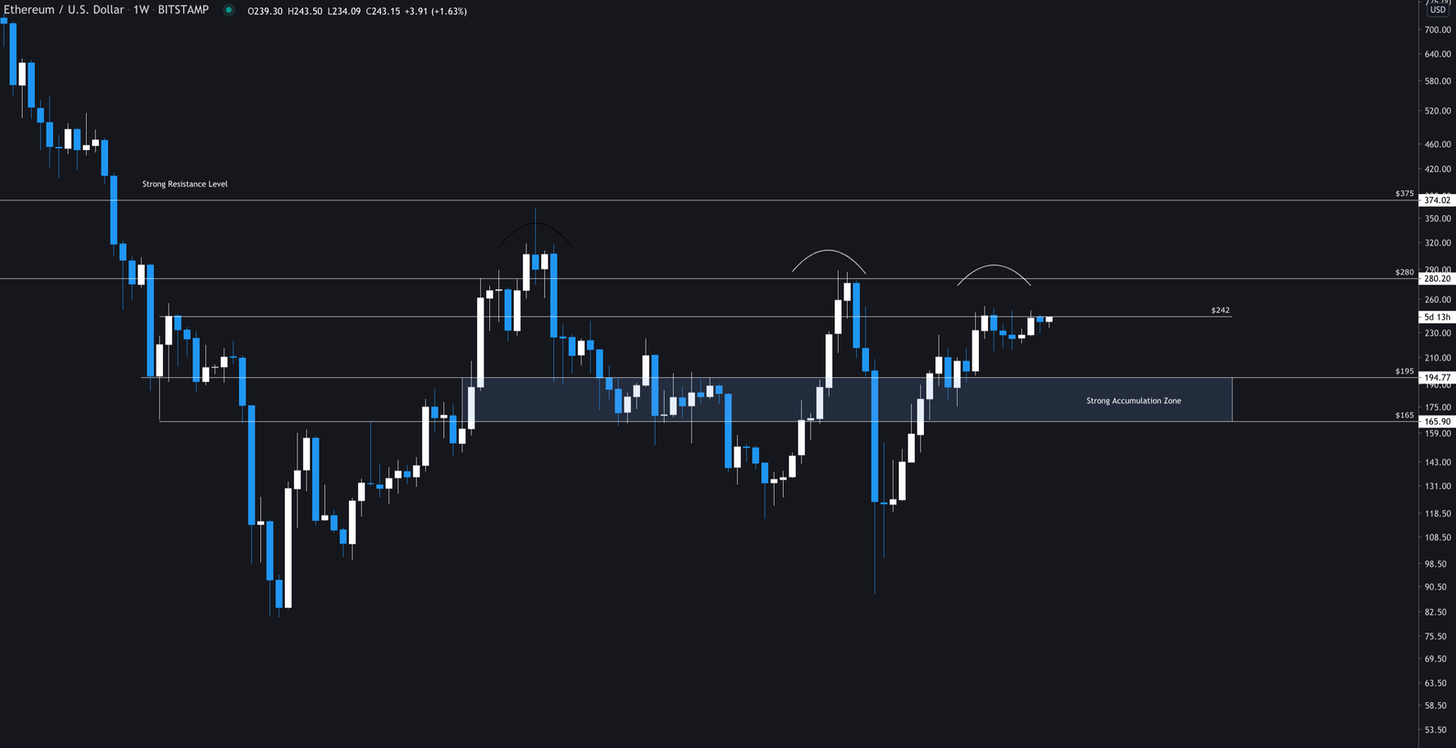 If there is an upside break and close above $ 0.2, the price may continue to rally. The next resistance area is near $ 0.203, above which bulls are likely to test the $ 0.212 resistance level.

The EOS price has been falling since April 2018, when it reached a high of 240,000 satoshis. The movement since then resembles a correction completed with wave numbers 5-3-5. The June 27 low of 24,790 satoshis fell directly below the horizontal support of 25,000 satoshis, which is also the 0.786 Fib of the whole decline.

Also, the weekly RSI has created bullish divergence since July 2019, a sign that the price is likely to rise and reverse its downtrend.

The three-day chart shows that EOS has also broken out of the descending resistance line that has been around since April 2019 and has combined with some of the short-term bullish divergences that are taking place.

These bullish signals in different time frames suggest that price may have started an uptrend and should move upwards.

BANDUSDT has increased by more than 380% since the beginning of July, but the 30% adjustment has begun in the past 48 hours. Although this adjustment is nothing compared to the positive return of 380%, in parabolic assets once parabolic is broken, they often fall by more than 80% or more.

Bitcoin collapsed 84% after its parabolic activity ended with a blow-off top. LINK recently had a similar model, and now it is BAND’s turn.

On the 3-day time frame, BANDUSDT is on a 12 count and about to trigger a 13 sell setup on the TD Sequential Countdown. Assets are also trading inside a large ascending wedge – a bearish chart pattern.

In the daily time frame, a fractal may be forming, which previously led to a decline of more than 70% on the USDT trading pair.

Technical analysis indicators provide more credibility for the theory of a significant pullback. A large bearish divergence has formed on the Stochastic oscillator.

Both Stoch and RSI reached the most overbought levels in the asset price history. The MACD indicator is also showing the largest divergence. When the two moving averages diverge, it signals an overbought asset. The larger the divergence, the more overbought the asset.

If the moving averages of the MACD turn down and crossover, a breakdown of the probabilities can occur.