Bitcoin, gold, crude oil, and the US stock market all increased sharply throughout the second quarter of this year. This shows that the desire of investors is still strong because they believe that central banks will continue to maintain the money supply.

Although monetary easing may be a short-term solution, if not recovered in time, it could destroy the economy in the long run, as seen in Zimbabwe.

Although Bitcoin has been into a range for the past few days, the participation of both institutional investors and retail investors has increased. This shows that investors have bought Bitcoin for a long time.

After stabilizing above $ 9,000, the Bitcoin price began to rise slowly and steadily. BTC has broken through the $ 9,200 resistance level and is currently trading well above the 100-hour SMA.

The recent upside move is positive, and the price has pulled up traction after it broke the $ 9,220 resistance and the downtrend line connected on the hourly chart. It opened the doors to make more profit, and the price rose to the resistance of $ 9,300.

There is a perfect storm of technical factors suggesting Bitcoin will maintain a decline at $ 9,500.

Trader “Coiner-Yadox” shared the chart below on July 1 shows that out of several dozen basis points of $ 9,500, there is a large confluence of technical resistance levels. These include but are not limited to:

Still waiting on this.

The fact that many of the technical resistance currently exists at $ 9,500 suggests that a selloff will take place after reaching this zone.

Besides, Bitcoin is also facing a selling wall in that area.

The same trader has observed that there are more than $ 10 million of orders sold on Binance right at $ 9,500. Many traders identify $ 9,500 as the point at which Bitcoin’s micro rally will reverse.

For the past three days, the Ethereum price has followed the path of a rise above the $ 220 pivot. ETH price has accelerated above the $ 225 and 100-hour SMA resistance.

The recent uptrend is positive, and ETH is trading above the $ 228 and $ 230 resistance levels. A new weekly high was formed at $ 233, and now the price is currently correcting lower. It tested the Fib 23.6% retracement of the recent rally from the $225 low to $233 high.

The previous resistance at $ 230 may act as a support, but the first major support is near $ 228. More importantly, this week followed an active ascending channel with support of nearly $ 228 on the hourly ETH / USD chart.

Support the channel close to the 50% Fib retracement level of the recent rally from the $225 low to $233 high. It looks like ETH price could be a strong buying advantage near the channel support, $ 226, and the 100-hour SMA.

After diving below $ 0.17, the price of XRP begins to recover slowly and stably. The price traded above $ 0.17 and $ 0.172 to move into the short-term positive territory.

Since March 13, the EOS price has been revised as a result of the rapid reduction that took place exactly one month earlier. The retracement level was exhausted because the price did not rise above $ 3, the Fib 0.382 level of the whole decline.

EOS has created a lower peak ever since and is facing resistance from the 100-day MA.

At the time of writing, it seems to fall below the support zone of $ 2.45. If it continues to decline, the nearest support area will be found at $ 2.1. 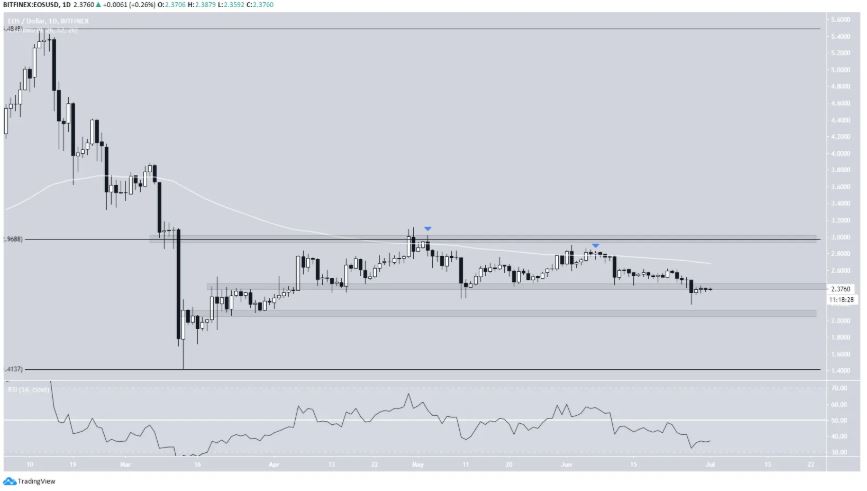 However, the short-term chart seems to be bullish, as EOS is trading inside an ascending triangle. This is a bullish pattern, which shows the price will flare up, especially because it is happening after an up move.

Moreover, the RSI is showing strength by moving above 50. This move can cause the price to penetrate the support area from $ 2.45 before EOS continues to move down. 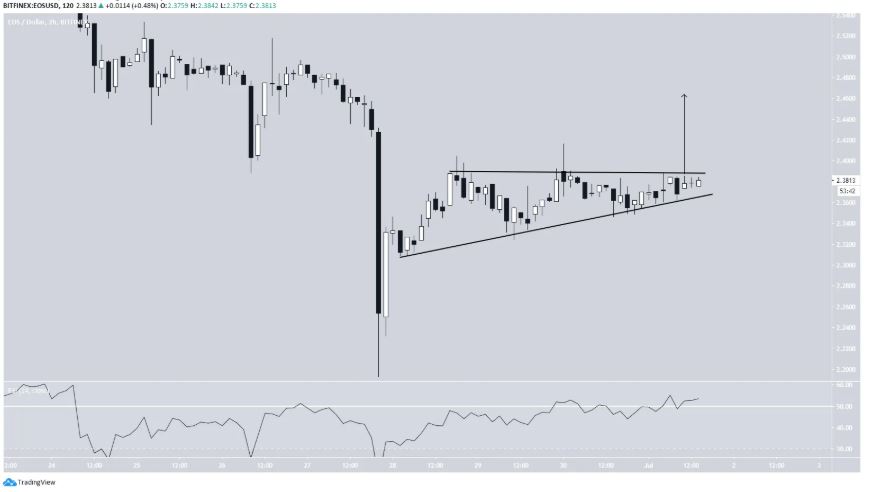 Stellar price began a bullish move on March 13. On June 4, it nearly reached its previous high before falling sharply in February, almost completing a complete retrace. 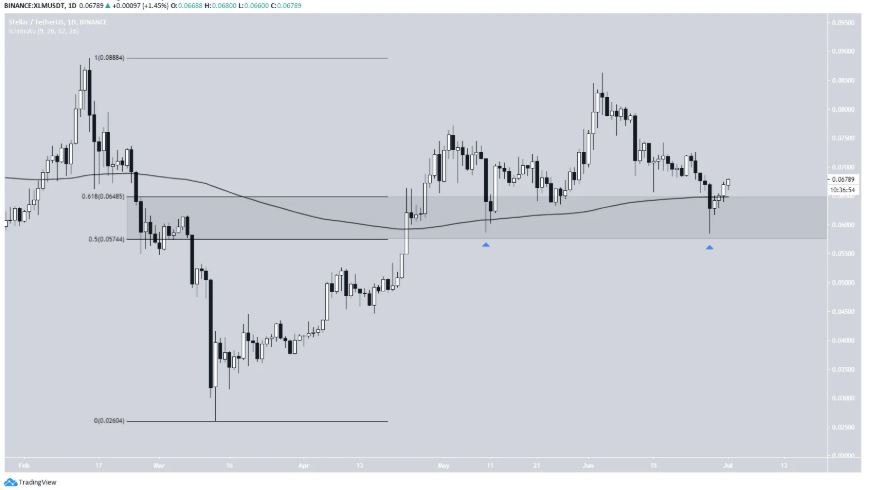 Trader Tony came up with a bullish chart for XLM, showing the price will go up to $ 0.12.

Although this is certainly possible, especially given the number of waves given, a quick drop in BTC price can cause the same thing in XLM. Therefore, BTC must remain stable for at least the next two weeks for XLM to achieve this goal.

The short-term movement is in line with the prospect of price increases. After a breakdown, the price has regained a small area of ​​$ 0.066, which is now likely to play a supporting role. Moreover, there have been two spikes in volume, during the lower low of June 27 and the engulfed candle on June 30.

If the price breaks out of the current descending resistance line, it will be expected to reach the recent highs of $ 0.075 and $ 0.085. 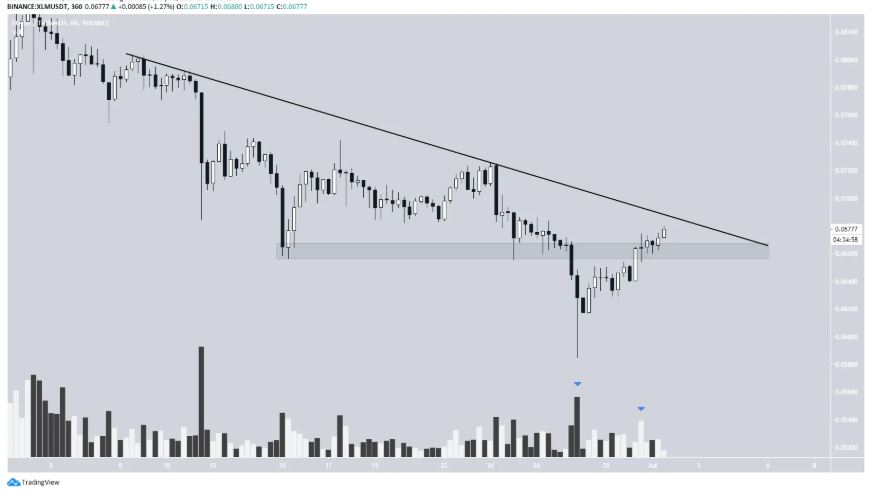