Major US indices ended Friday’s session with an average decline of 2.5%, while Facebook (FB) shares fell more than 8%. Unfortunately for Bitcoin speculators, the main cryptocurrency has recently been watching the markets, despite the fact that as yesterday Bitcoin has held the price of $ 9,000 – $ 9200, which is another story today.

After being rejected at $ 9,800 earlier this week, the BTC price has dropped to lows just below $ 9,000. Although this should have caused a noticeable surge, its response was weak.

There are several emerging discount catalysts that can contribute to this weakness.

A break below the boundary below its critical range came after more than a month of consolidation between $ 9,000 and $ 10,000.

This does not come as a big surprise to investors that Bitcoin is starting to break out of this trading range, as it has been repeatedly rejected at $ 10,000 and has established a lower high in a few times. last week.

Analysts noted that the critical level to watch out for is $ 8,900, as a break below this level could cause it to fall to the area between $ 8,000 before finding any support.

Josh Rager talked about this in a recent tweet, explaining that a break below this level could be imminent.

Although BTC may find some support at $ 8,500, some traders are pointing to a clear distribution pattern as a potential catalyst for a further sell-off.

Trader Pentoshi explained that the decline will begin to accelerate in the near future. His first area of ​​interest ranges from $ 7,800 to $ 8,100. If the bears keep falling, the price can slide to $ 6,800. 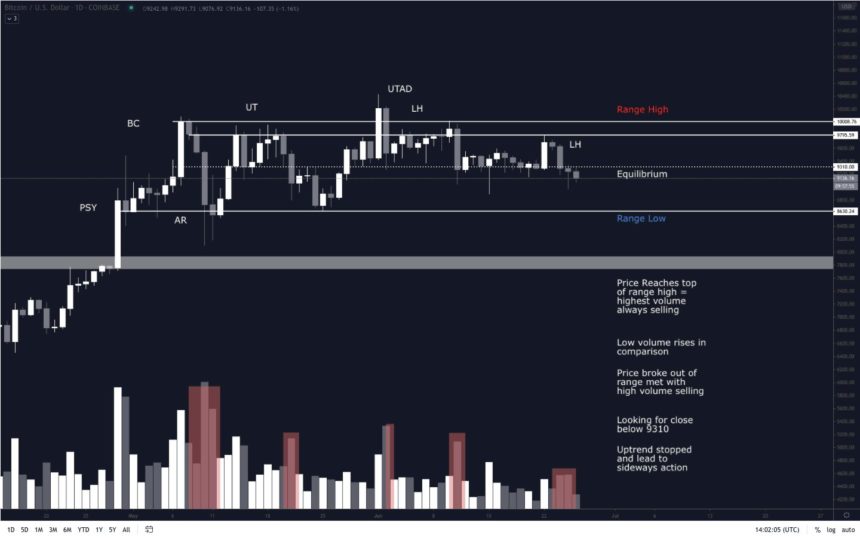 Over the past week, Ethereum has begun a major bearish move below the $ 235 support. ETH price broke the support level of $ 225 and stabilized below 100 SMA (4 hours).

It opened the doors for more losses and the price tested the level of $ 215. ETH is currently consolidating losses above $ 215, but there are many visible bearish signs.

Therefore, the price is likely to struggle major times near the $ 225 and $ 232 resistance levels. The bulls need to rally above $ 225 to successfully raise the price to overcome the $ 232 barrier. 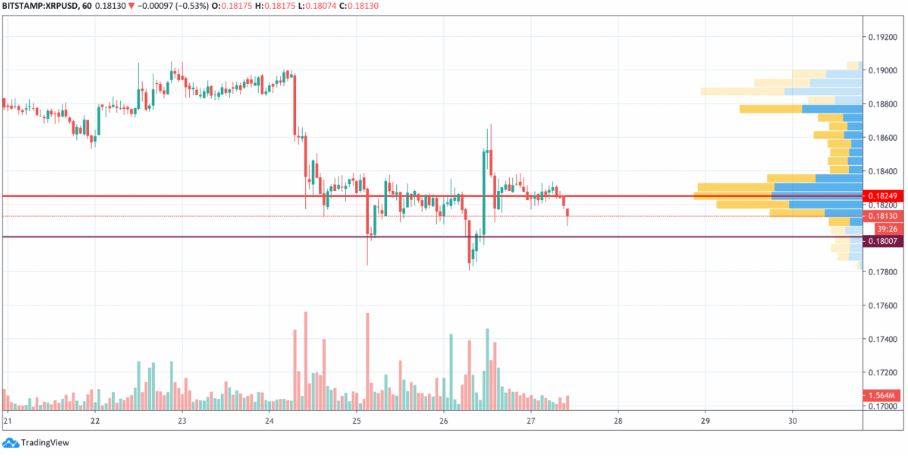 Looking at the hourly chart, the XRP trading volume continues to decline, confirming the downtrend. Average liquidity is the only thing that can keep XRP trading at current levels. However, this is not enough because the seller has more power. In this particular case, the price will most likely drop to the nearest support at $ 0.18.

Looking at the 4H time frame, the trading volume is mainly controlled by the seller; however, the level is not significant. This means the bears are no longer actively selling.
However, the bulls have not worked hard to push the XRP price up. Traders can expect the currency to trade sideways between the range of $ 0.18 – $ 0.188 in the next few days.

Looking at the larger timeframe, there are no noticeable changes. There is a lowered height on the daily chart, confirming the pressure from the seller. In this particular case, the next key area is $ 0.17. If the bears break it, the next stop will be at $ 0.15.

BCH is much worse than both ETH and BTC.

The short-term outlook of BCH is decreasing due to the influence of buyers to push the price higher. Moreover, there is a bearish divergence on the RSI. Summary, BCH is likely to see trading near the 0.0245 BTC level in the following days.

From a technical perspective, BSV is trading in the same way as BCH.

BSV has been trading in the descending channel since the beginning of May. Currently, there is no signal that altcoins can bounce off. Its transaction volume is at a local minimum. This is why the area of 0.008 BTC can be tested shortly.

On May 14, the price of EOS hit a low of 25,930 satoshis, creating a hammer candlestick. After ascending for two weeks, the price started moving down.

On June 26, the price created another hammer near 25,000 satoshis, this time with bullish close. This actually creates a double bottom, which is considered a bullish reversal pattern and is associated with a significant increase in divergence in the daily RSI.

This is an indication that the price is likely to move upwards and can reach the resistance zone of 32,200-33,700 satoshis, which is also the 0.5-0.618 Fib level of the entire previous decline. 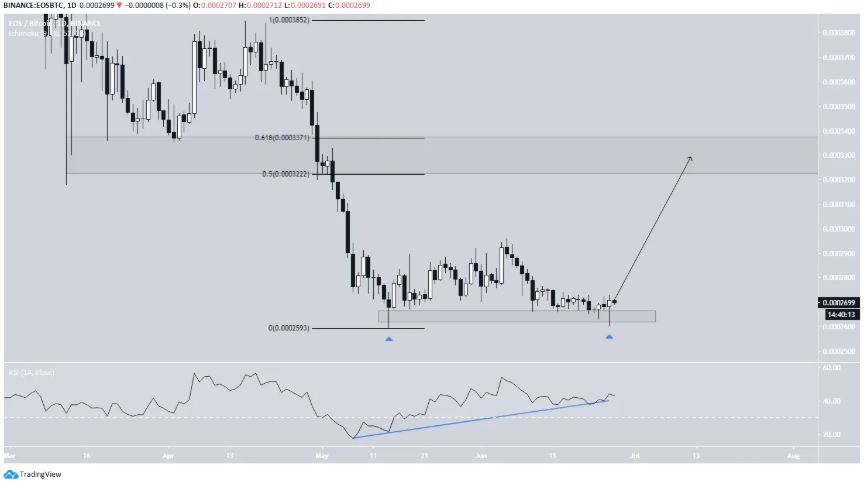 In the short term, initially, EOS fell below the small support zone of 26,650 satoshis, but created a morning star pattern and regained this level. It is currently facing resistance from 27,200 satoshis.

If the price succeeds in reclaiming this area as a support, it seems likely, it will be expected to rise towards the mentioned resistance area. 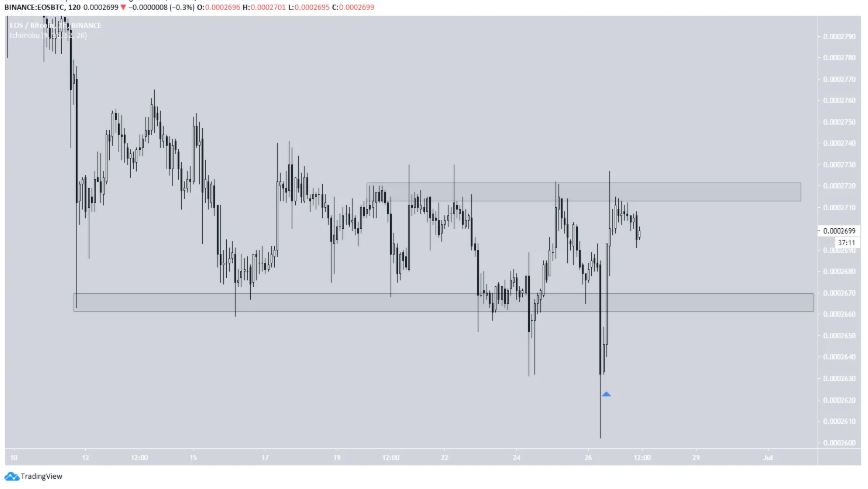