The S&P 500 and other financial markets have seen a boost. Nasdaq once again set a new ATH as Microsoft and Netflix took it to the next level, despite the pandemic.

Meanwhile, PayPal is looking to allow PayPal and Venmo users to directly buy and sell cryptocurrencies within the app.

This is a confluence of positive trends that pushed Bitcoin’s price to $ 9800 overnight. How long can it last?

Bitcoin price has been trading in a descending wedge since June 1, having made two unsuccessful breakout attempts until now. On June 22, the price finally broke out of this pattern, doing so in significant volumes. 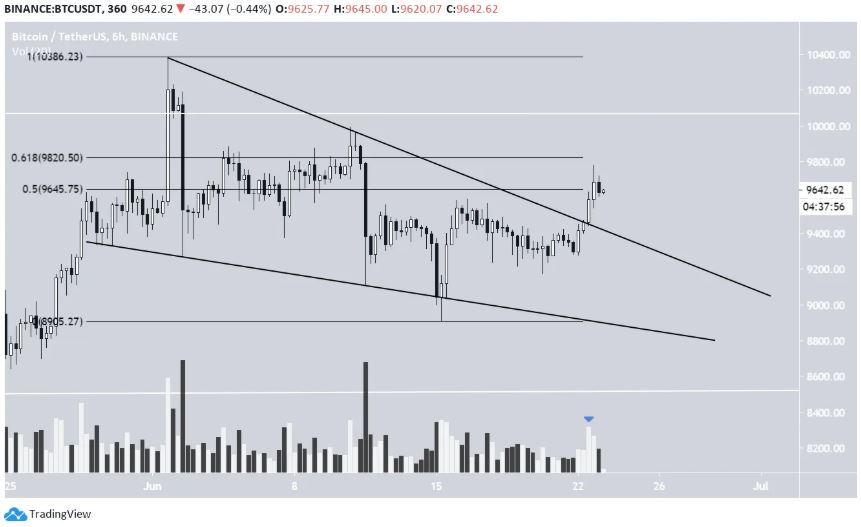 Looking at the hourly chart, we can see that the major support area is found at $ 9,530 (previous resistance area). This area is also the center of the 0.5 Fib level of the whole move up.

In addition, a bullish cross occurred between the 50- and 200-hour moving averages (MA), which is expected to provide additional support.

Although the volume has declined since the initial breakout, there has been no downward divergence in the RSI, so the upward move may continue, especially after a short-term retrace. 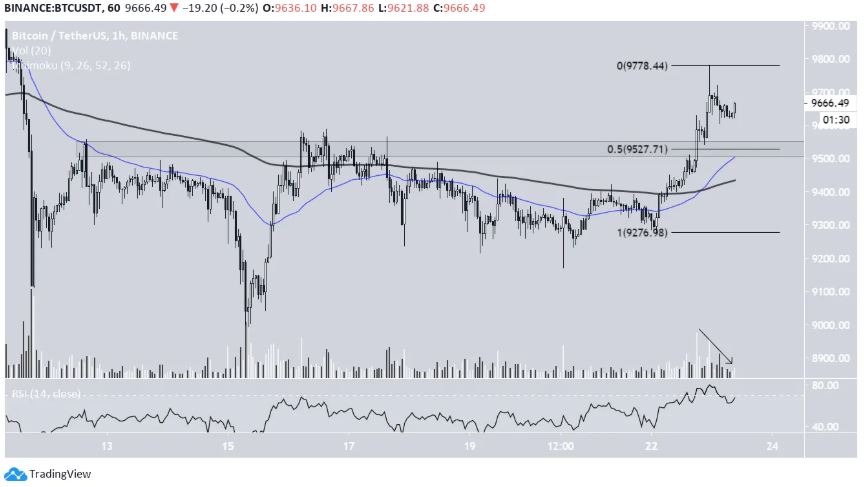 ETH price gained traction above the $ 240 resistance and stabilized above the 100-hour SMA.

It opened doors to make more profits and the price broke the $ 245 level. ETH is trading near $ 250 and the intraday high is formed near $ 248. The price is currently correcting lower and trading below $ 245.

It broke the Fib 23.6% retracement of the recent rally from the $227 low to $247 high. There seems to be a bullish flag pattern formed with resistance near $ 244 on the hourly chart of ETH / USD.

Over the past few days, the BCH price has consolidated in a range above the support levels of $ 224 and $ 225. A low swing level was formed near $ 224 before the price started new gains.

However, the BCH price is currently facing an important barrier near the $ 240 resistance area. There is also a major downtrend line forming with resistance near $ 242 on the 4-hour chart of the BCH / USD pair.

The trend line coincides with the 50% Fib retracement level of the decline from the $260 swing high to $224 low. The 100 SMA (4 hours) is also close to the resistance of the trendline and $ 240 to prevent price breakout.

If the bulls succeed in erasing the $ 242 resistance level, the price is likely to accelerate further. The immediate resistance is near the $ 246 level, followed by $ 250. A successful close above $ 250 will most likely open the door for a bigger step forward in the next sessions.

Stellar (XLM) price has dropped along with the descending resistance line since June 4. However, the price broke out on June 18 and may have created a double bottom. The resulting cup and handle pattern are considered an upside move.

Moreover, the price is at the confluence of support levels: the support of 725 satoshis and the 100-day MA, which has been a relatively good predictor of trends since January.

The fall in May below this area and subsequent pump and reclaim support makes the price likely to hold above and soon start moving upwards. 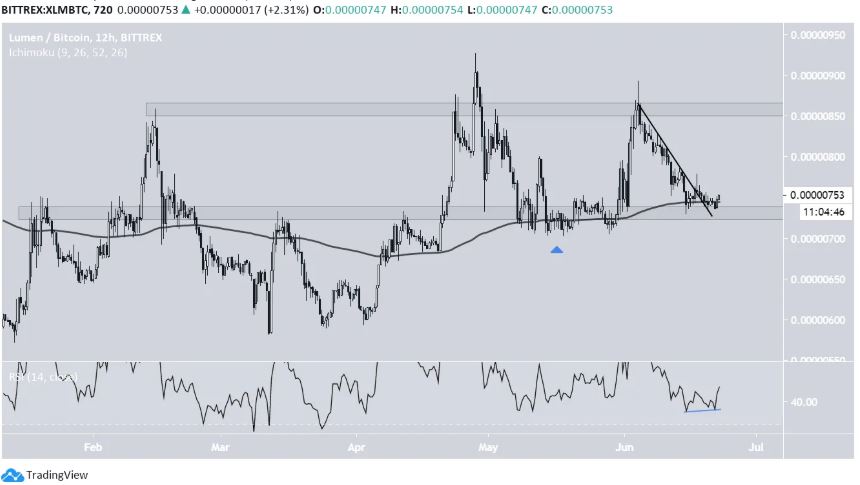 Chainlink has led the development of the market today, with an increase of nearly 5% in the last 24 hours at the current price of $ 4.54. It is only down about 10% from the all-time highs set earlier and it is possible that buyers will soon target these levels. 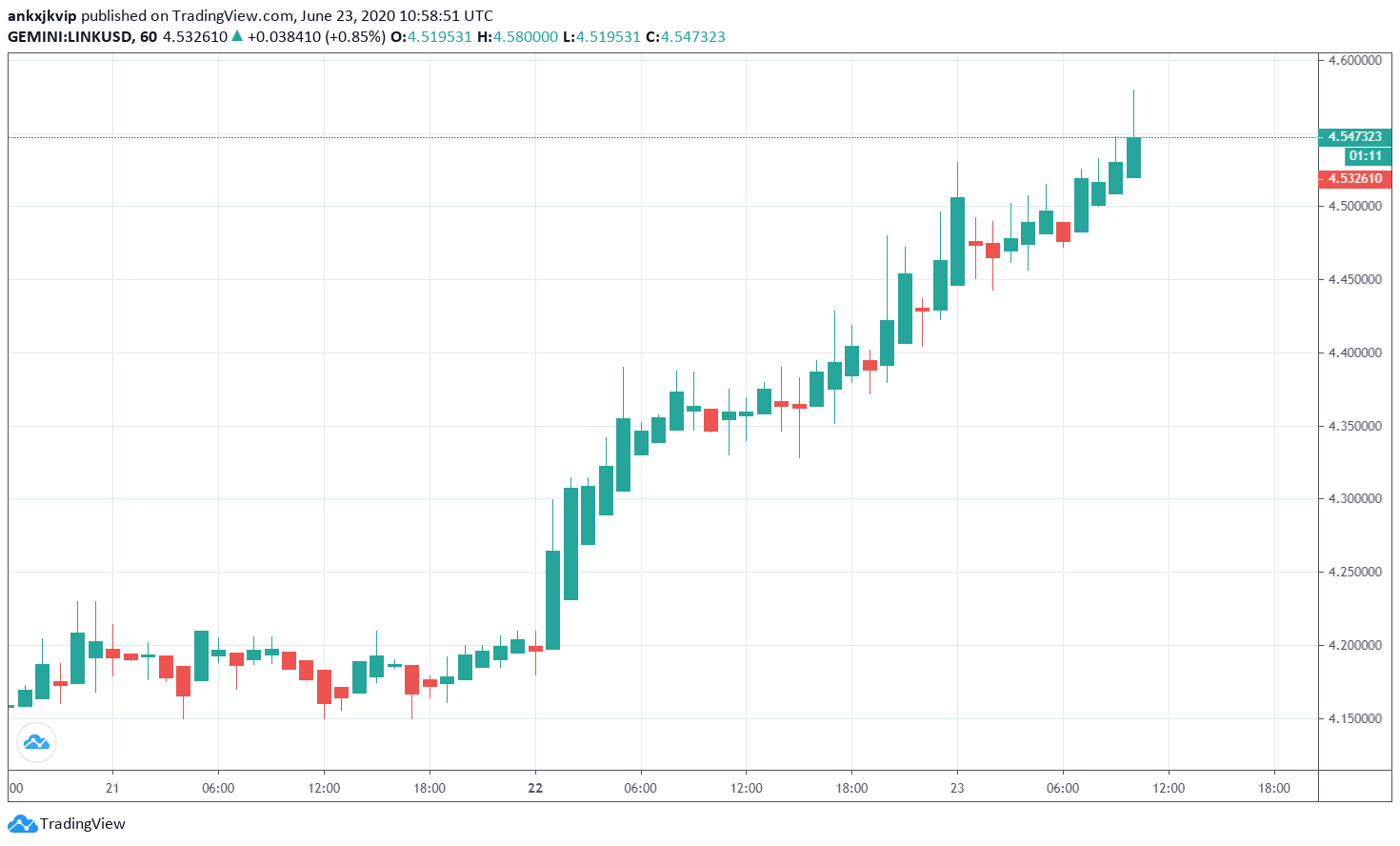 It is important to note that the ongoing upside is being driven by fundamental strength.

According to data from the analysis platform Glassnode, the number of LINK transfers has increased by 40% in the past 24 hours. 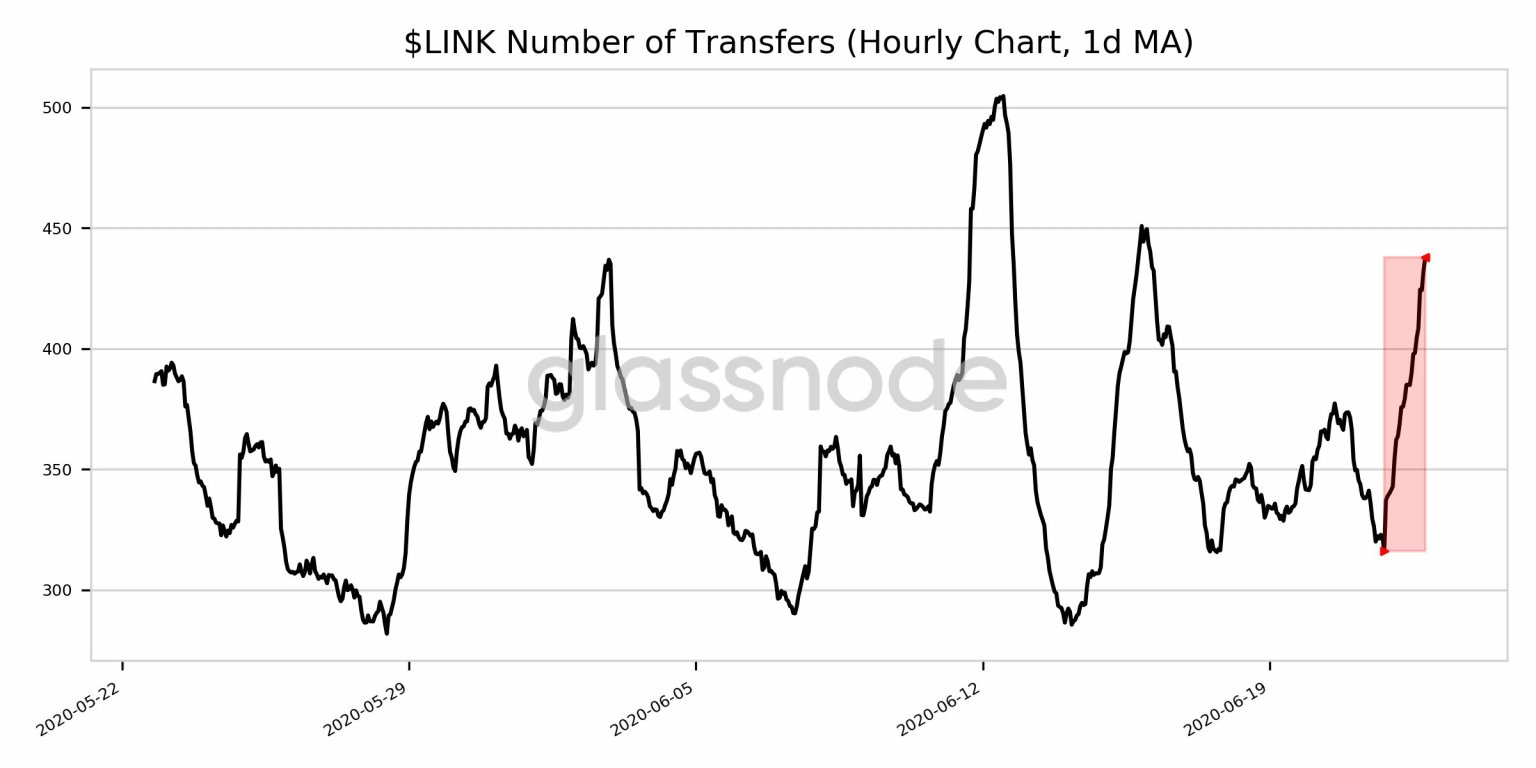 Another metric signaling that Chainlink’s bullish price action is warranted is its number of daily active addresses.

Data from IntoTheBlock shows that the number of cryptocurrency operating addresses has increased from an annual low of around 1,000 to nearly 4,000 currently. 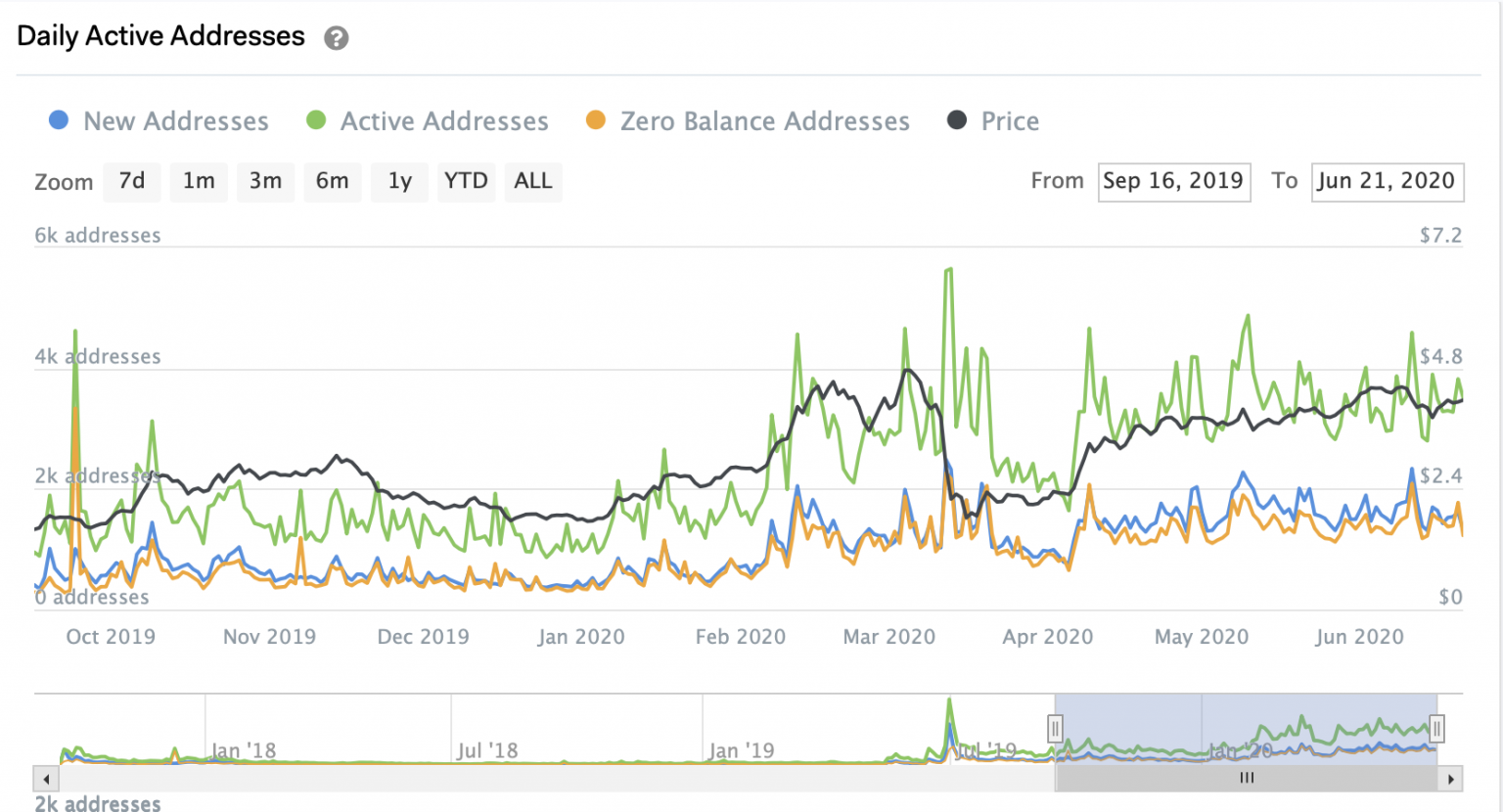 Ripple Insight: The role of Blockchain and digital assets such as XRP in real-time payments

XRP price has been in a phase of consolidation since early April 2020, what’s next?