Ray Dalio’s Bridgewater Associates, the largest hedge fund in the world, said that equity investors might be staring at a possible “lost decade” as globalization “has already peaked.”

If this happens, institutional investors are likely to gradually enter the crypto space in search of higher returns. All these fundamentals point to higher prices in the future but how does the short-term picture look?

Bitcoin price has broken out from the descending resistance line it has followed since June 16. The expected downside rate of the line, also underpinned by the presence of the 200-hour moving average (MA), makes many breakout attempts unsuccessful.

On June 20, the price rebounded at 0.5 Fib of all previous gains, creating a long lower wick that reached 0.618 Fib before exiting. At press time, BTC is in the process of turning the MA 200 hours into support and keeps moving upwards. 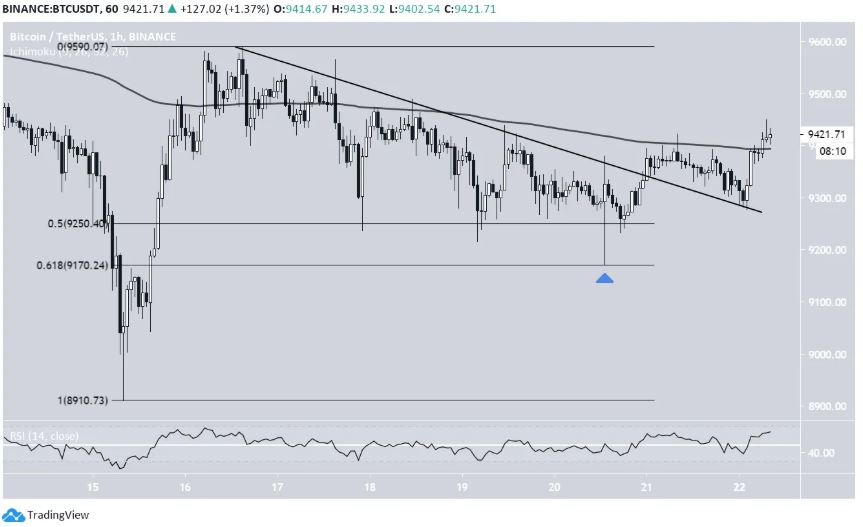 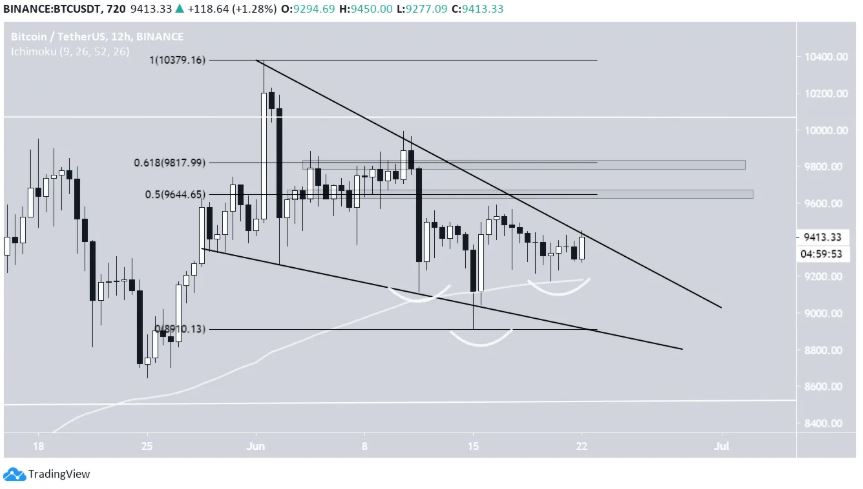 However, the weekly chart does not paint a bullish picture. The price has been falling since it was rejected by the long-term descending resistance line and the $ 10,400 resistance area on June 1.

Last week, BTC created a Doji candle, which came after a fall which usually indicates that the trend is becoming neutral. Price movements cannot be considered bullish until BTC breaks out of both the long-term resistance and the $ 10,400 resistance area, and confirms them as support. 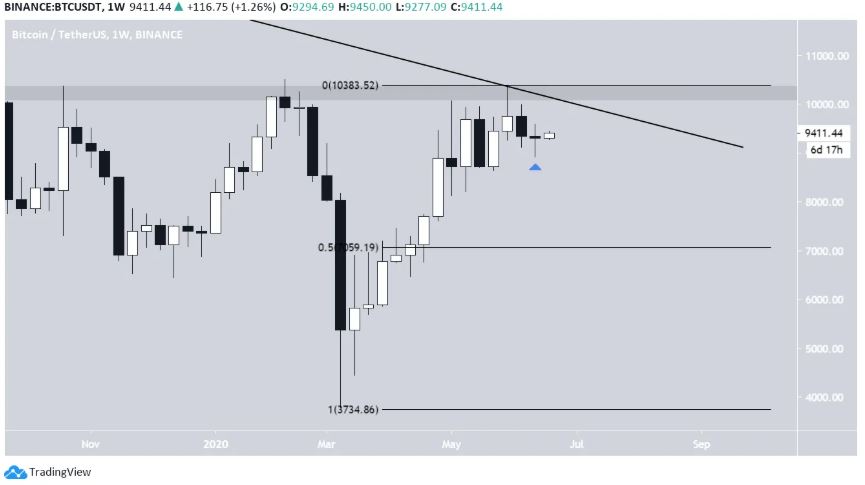 After forming a strong support base above $ 22, the price of Ethereum has started a new rally. ETH soared above the $ 230 resistance from the $ 222 low to move into the positive territory.

The bulls have strengthened above the $ 232 resistance and the price has stabilized above the 100-hour SMA. More importantly, there was a break above a major downtrend line with resistance near $ 230 on the hourly ETH / USD chart.

Major support is currently close to $ 232. It is close to the recent breakout area and coincides with the Fib 50% retracement of the recent rally from the $ 227 low to $ 235 high. On the upside, $ 235 is the immediate resistance.

Current price action suggests that ETH could rally by more than $ 235. The next resistance is near the $ 240 level, above which the price is likely to rise higher for the $ 250 resistance zone in the near term.

It trades as low as $ 0.1848 and has recently started rising up. There was a break above $ 0.186 but no major signs of a sharp move. There was a break on a major downtrend channel with resistance near $ 0.187 on the hourly chart of the XRP / USD pair.

A successful break above the $ 0.192 resistance zone is needed to keep the price moving towards the $ 0.198 and $ 0.2 resistance levels in the near term.

ADA is one of the few altcoins that has successfully recovered from the Black Thursday crash. It was trading close to the June high of $ 0.0804. One of the main drivers is the development around Shelley and the upcoming mainnet migration.

ADA has witnessed an impressive series in the past few months. At the time of writing, the ADA price candle seems to fluctuate between the trend lines of a symmetrical triangle pattern, a completion expected to occur in the last week of June.

The daily moving average continues to support ADA’s upward action in the near future. 50 DMA [Pink], 100 DMA [Blue] as well as 200 DMA [Purple] continue to form important support for the price, preventing any sudden market adjustment. In addition, 50 DMA is higher than all other DMA while 200 DMA is below 100 DMA. This further confirms the presence of bullishness in the market.

The RSI indicator on the daily Cardano chart is a sign that buying pressure continues to increase as investors look forward to an important Shelley update.

Author of Skin in the Game: Bitcoin is a good idea but most investors can’t understand its nuances