Cover Protocol was hacked and lost $ 2 million, token fell over 50%

Another day, another DeFi hack. Cover Protocol just announced that funds deposited in one of its smart contracts were stolen by a hacker hours ago. The team is still investigating how exactly the hacker stole approximately $ 2 million in funds.

just to be clear:

this does not affect the protocol (which is working perfectly), the exploit only affects $COVER price

Cover Protocol was hacked and lost $ 2 million, token fell over 50%

And if a hack was not enough, Cover Protocol’s token (COVER) crashed after the news spread, losing almost 50% in a matter of hours. The reason seems to come from the infinite money printing error on their contract. Specifically, the process will proceed as follows: Users stake or unstake and combine claim token. Then, surprisingly, the user can still re-stake and can repeat the process repeatedly.

This does not affect the Cover protocol, which is working perfectly fine but this news will have a big impact on the COVER price. Hackers are intentionally creating virtual coins and then selling them on the market for a price. So, unless that money is invested back into their governance token, it is completely gone. 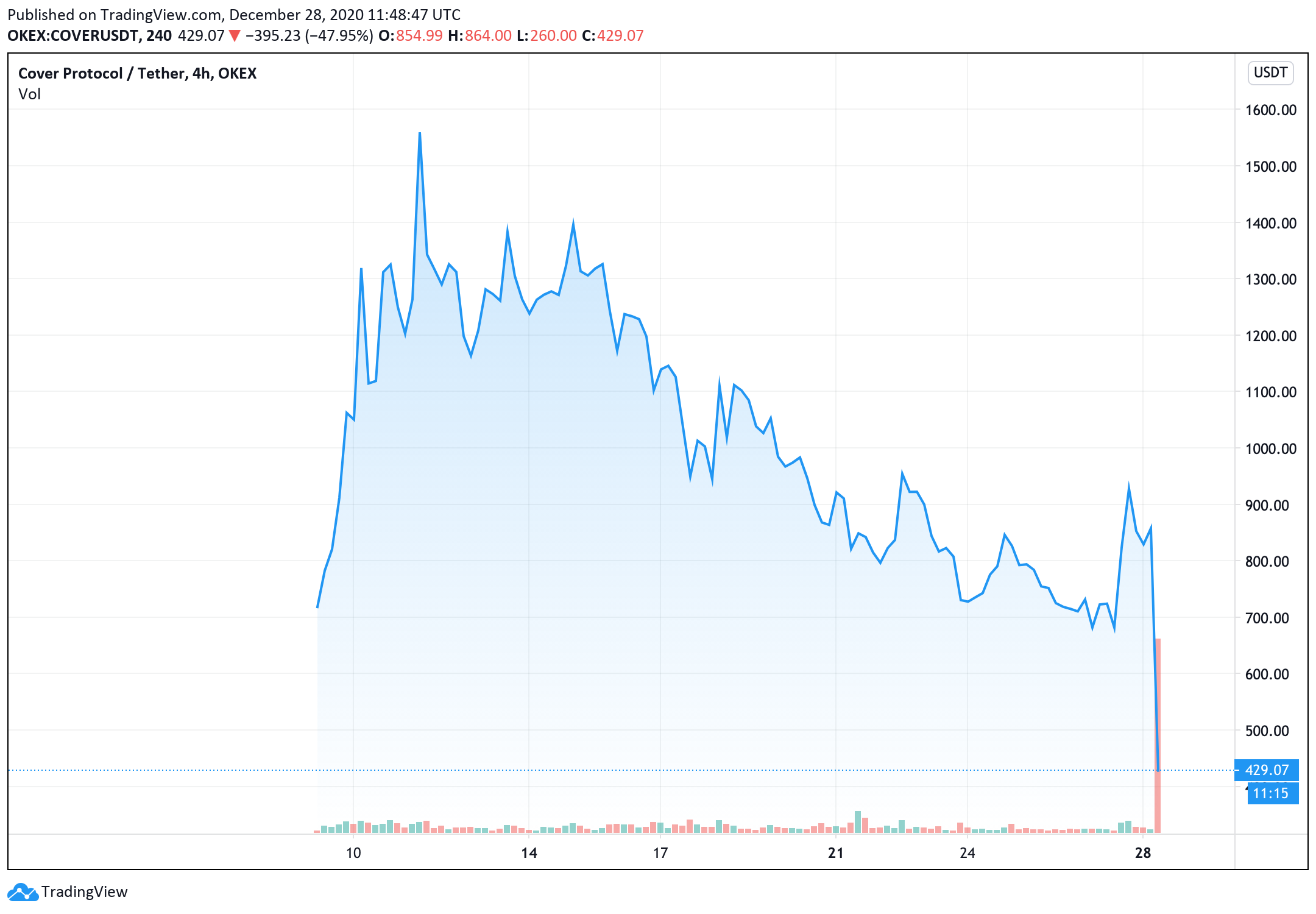 The recent wave of DeFi hacks may be a sign of how immature the ecosystem is and why some argue that, right now, DeFi is in no way competition for the more secure and stable traditional centralized finance protocols. The most recent cases of attacked protocols are Value DeFi, Harvest Finance, Akropolis, and Balancer. All of them have caused millions of dollars in losses to investors, many of whom had no chances to get their money back due to the projects’ decentralized nature.

However, as hacks become more popular, the quality of DeFi protocols —and the number of new products— improves. In a way, trying to get a positive spin on something that hardly has one, the pain caused by the hacks has helped strengthen the DeFi protocols. One example is Value Defi, which abandoned its private oracle and started using Chainlink after a millionaire hack.

Perhaps in the future, hacks will become less frequent, but just as the DeFi phenomenon resembles the ICO hype of 2017, the hacks of 2020 will continue to resemble the exit scams of three years ago.

Meerkat Finance has been drained by $31 million…

It appeared that Cream Finance was hacked, with 13,000…

A Serbian national faces up to 20 years in the US…