Could XRP reverse a 900-day downtrend as the whales accumulating?

XRP has been underperforming both Bitcoin and all of its peers and recently ceded the third-largest cryptocurrency position to Tether.

Not only that, but it has also established a lower high for more than 900 days. An analyst even noted that this trend could persist for much longer.

Recent data regarding the revival of Ponzi PlusToken moving their massive cryptocurrency holdings could also cause trouble for how XRP trends are in the coming weeks.

XRP is not the only major cryptocurrency that has suffered massive losses in the past few years. However, it is the only token that cannot recover any of the many market-wide uptrends seen recently.

This has caused it to form countless lower lows in the past few weeks and months.
There is a strong possibility that this trend is at the root of being unable to push higher.

The altcoin has been trending down for 901 days. Analysts believe that this weakness will exist in the coming days and weeks, potentially bringing it down to $ 0.15 in the near term.

Trader Pentoshi talked about this possibility in a recent tweet, explaining that he doesn’t believe a new cycle can begin until the price reaches this level.

“XRP: 901 Days of lower highs… It has been entirely left behind in the markets with each mini ‘alt season.’ However, I think 1500 sats or .15c is an attractive long term entry… A new cycle will begin.” 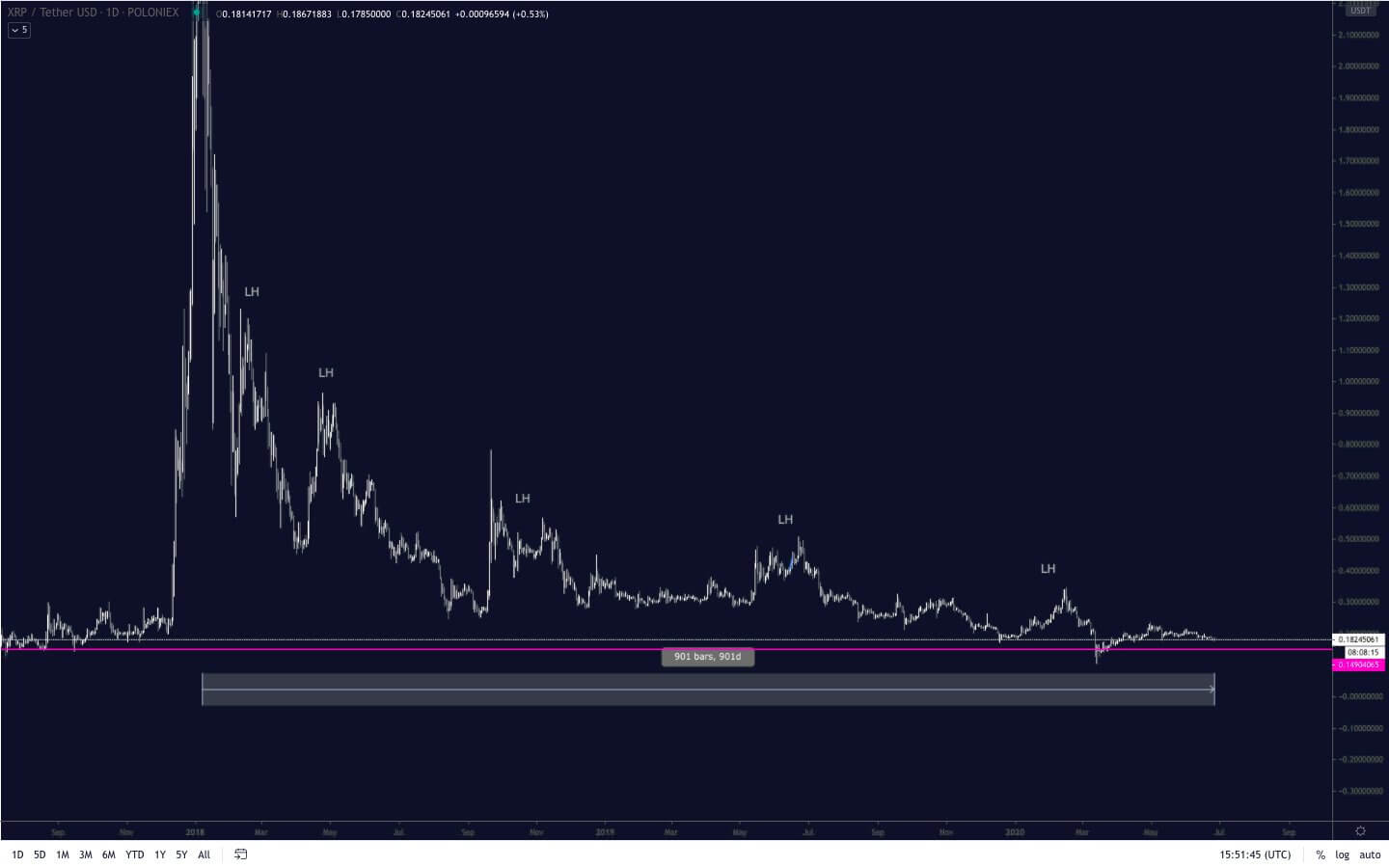 PlusToken could dump the price down further

One factor that could fuel the further expansion of the downtrend is a potential influx of selling pressure from the now-defunct Ponzi PlusToken.

New data released from xrplorer.com shows that the wallets associated with PlusToken hold a total of 485 million XRP.

As seen in the image below, these tokens are currently distributed to wallets linked to various exchanges, but most have been transferred to Huobi. 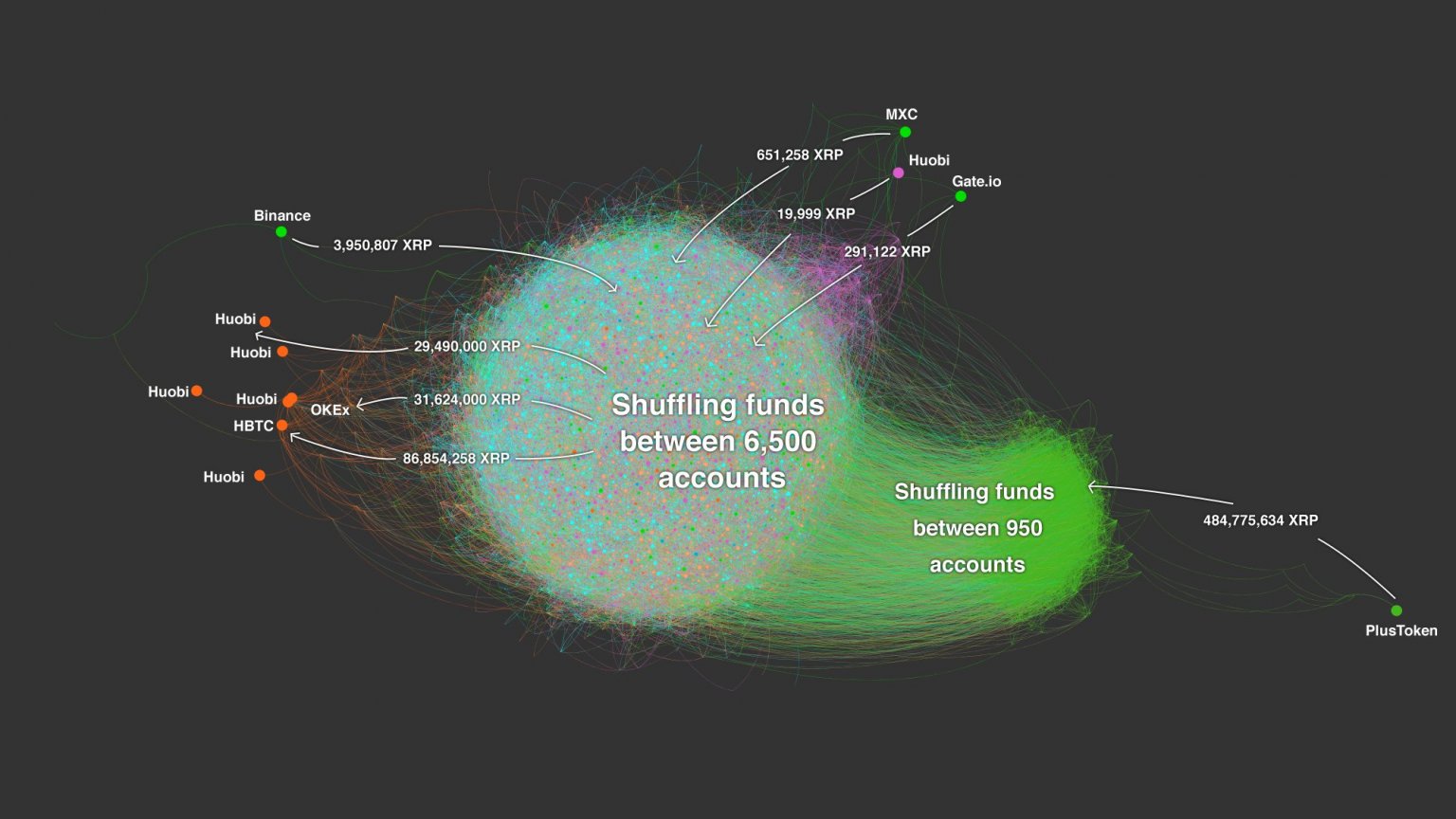 Could XRP reverse this downtrend?

New data shows that XRP whales are buying in when there are any retail XRP sellers.

In the past, when this happened, the XRP price has broken out from the downtrend with an explosive move. With so many whales accumulating, will it make a memorable moment soon? 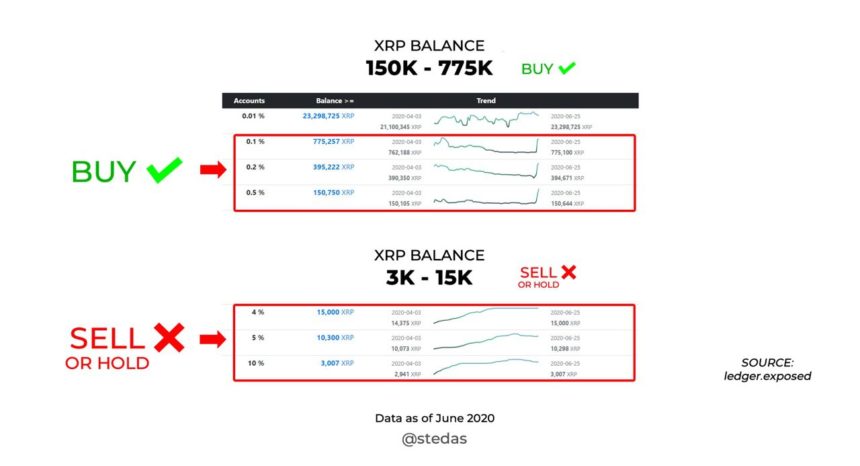 The size of the second group is much larger; however, the data shows that the expanded whales accumulate.

Whales are known for their sheer size and ability to make a big push in the market. They can also absorb more opposing market forces than most participants.

In the past, Ripple skyrockets after confirming a break of trend resistance. If that happens again, the token price could target $ 14.

Appears an overt sign of technical weakness, though several reasons why some still remain bullish on ETH price

XRP price has been in a macro downtrend for nearly 1,000 days