Bitcoin price, Ether, and other cryptocurrencies extended their gains from last week into the weekend. BTC burst beyond $20,000 this week after flirting with the psychological breakthrough threshold for several days. At the time of writing, BTC is changing hands at $20,673. 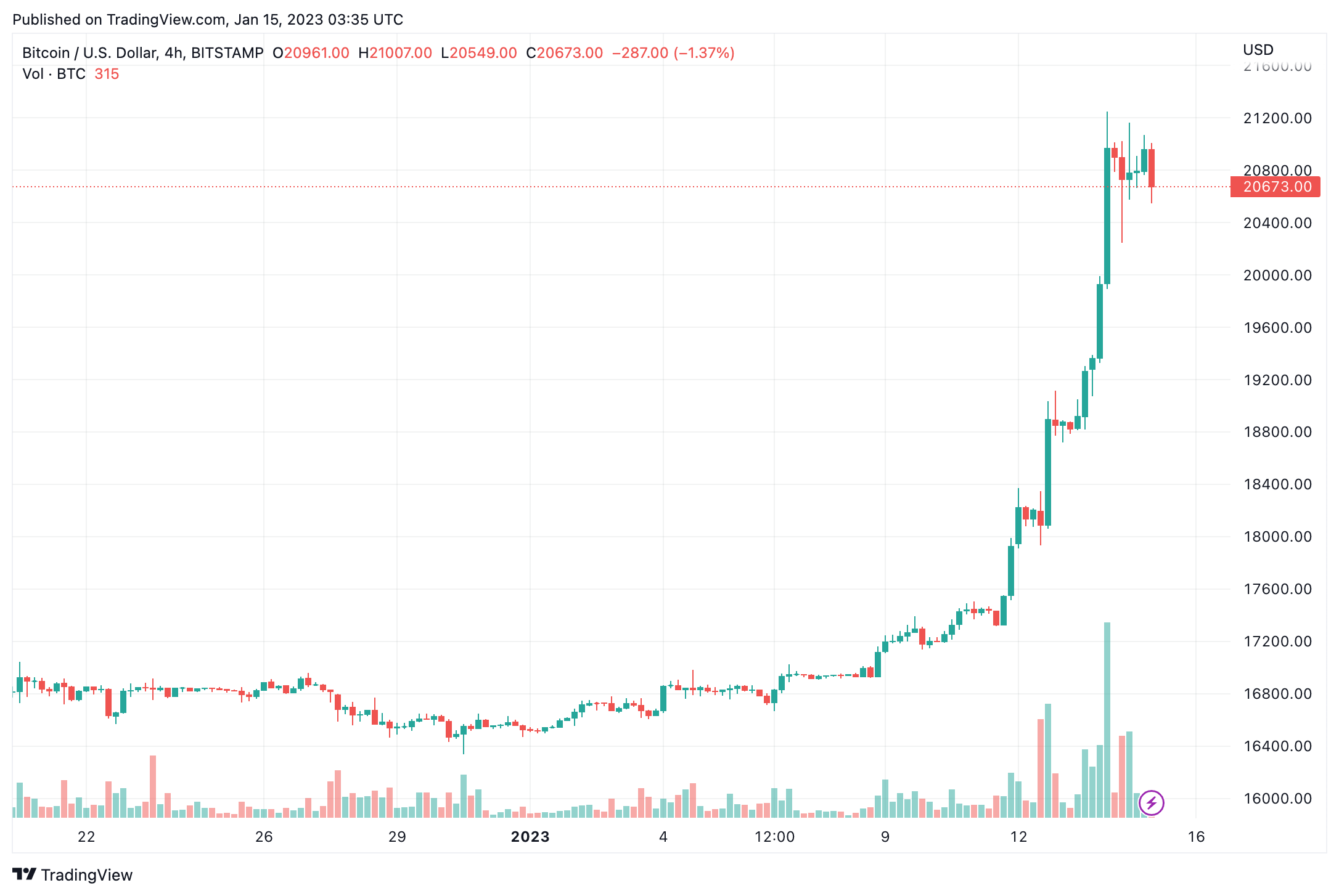 As AZCoin News reported, the BTC price fell to roughly $20,800, up 22% from the previous week’s price of $16,900. According to TradingView, Bitcoin hasn’t been at this level since the November market crash of last year.

The important $21,000 price point was reached as Bitcoin’s price soared by a whopping 11%. BTC was trading at $20,441 at the time of writing, as some of the gains had moderated. The digital asset markets had a large and widespread comeback on Saturday, propelled by the top cryptocurrencies, Bitcoin (BTC) and Ethereum, which are currently up 8% as of this writing.

📈 A definitive explanation on why #crypto prices have bounced:

The number of whales with 100-1000 Bitcoins in on-chain wallets has increased in recent weeks, according to Santiment. BTC whales have been aggressively acquiring since the collapse of the FTX/Alameda ecosystem in early November 2022 and the devastating Bitcoin (BTC) price drop below $16,000. Santiment data indexing techniques, in particular, registered 416 new addresses with on-chain BTC balances between 100 and 1,000 coins.

“Amongst many of the foreshadowing metrics for this 2023 breakout was the rapidly growing amount of addresses holding 100 to 1,000 $BTC. Price pumps generally occur marketwide when whales accumulate Bitcoin. The leading asset in crypto is +26% in two weeks”, Santiment reported. 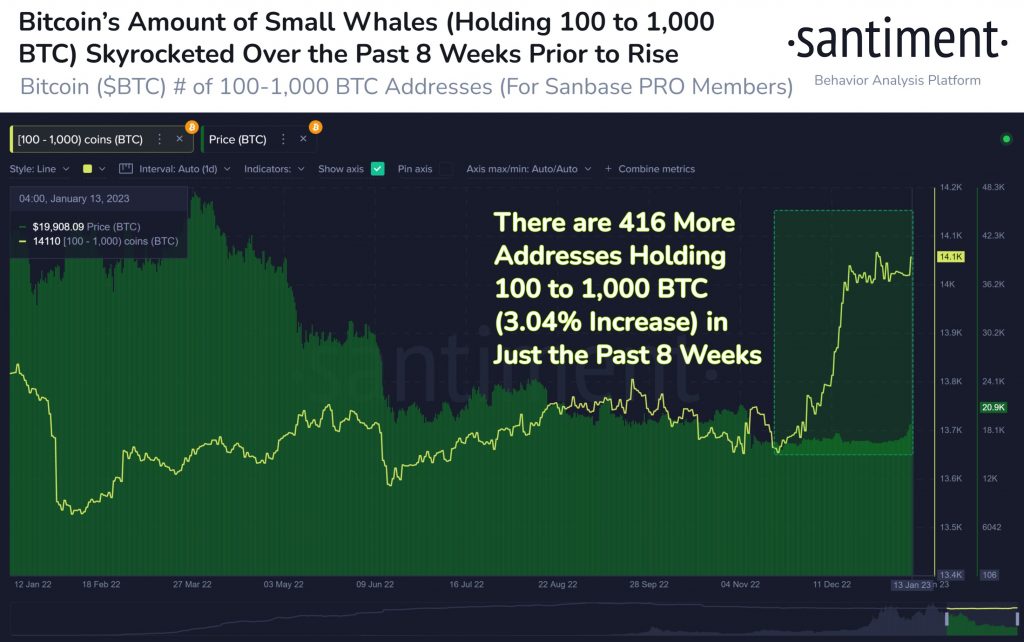 Altcoins soared in price after Bitcoin reached $21,000 in a weekend run. This comes after positive macroeconomic data enhanced mood. The Defi token Compound (COMP) is still the leading gainer in the Defi sector, with its price increasing by more than 35%. While the reason for the large rise is unknown, a trip through Compound Labs’ official Twitter page reveals an ongoing vote process to implement Proposal 143, which wants to modify Compound v2’s price feed implementation to Uniswap v3 data for the UAV, replacing Uniswap v2 data.

At press time, Helium’s HNT token was up 27% to $2.87. The big increase comes from Solana’s enormous 50% increase as the crypto markets surged. Helium, a hotspot network, revealed plans to migrate to the Solana blockchain in the first quarter of 2023. Metaverse tokens have seen considerable rises in the last 24 hours as well. Decentraland’s MANA token is up 34% in the previous 24 hours as of this writing. Sandbox and Axie Infinity have increased by over 16% in the previous 24 hours.

This week, cryptocurrency market capitalizations increased overall, with Bitcoin increasing by 4.33%, ether rising by 5.7%, and Solana increasing by more than 26%. Polkadot (11.8%), Polygon (6.3%), and Avalanche (5.4%) are some coins with big market cap improvements.

The global market cap momentarily surpassed the crucial $1 trillion level at press time before falling back to roughly $961 billion.