Sept. 27 is another “big” day for the Cardano blockchain as Plutus V2 is anticipated to go live. The Plutus V2 Cost Model network upgrade is scheduled to occur at epoch 366, or on approximately Sept. 27, at 9:45 p.m. (UTC).

JUST IN: $ADA @CardanoStiftung is back on top 10 purchased tokens among 100 biggest #BSC whales in the last 24hrs 🐳

On Sept. 23, the IOG team successfully submitted the Plutus V2 cost model to the mainnet, which implies that the full Vasil capability would be made available to developers on Sept. 27. Full Vasil functionality, including support for reference inputs, inline datums, reference scripts, collateral output’s and a new Plutus cost model, will be made available to developers on the mainnet, and this marks a significant milestone for the Cardano network.

Ahead of the Vasil event, top crypto exchange Binance already announced it would temporarily suspend deposits and withdrawals of ADA from approximately Sept. 27 at 8:45 p.m. (UTC).

The community is excited about what it deems to start a new era for Cardano. Cardano user Lucid tweeted, “We will see the rest of the Vasil improvements upgraded onto the Cardano Mainnet! This brings the rest of the upgrades for Plutus 2 along with CIP 31-33! Developers will now be able to build and launch all of their projects, beginning the new era of Cardano Defi.”

Whales are also taking notice as they have been seen accumulating ADA. According to WhaleStats data, ADA is back among the top 10 most purchased assets for the top 100 BSC whales. ADA changed hands at $0.442, up 2.74% in the last 24 hours. 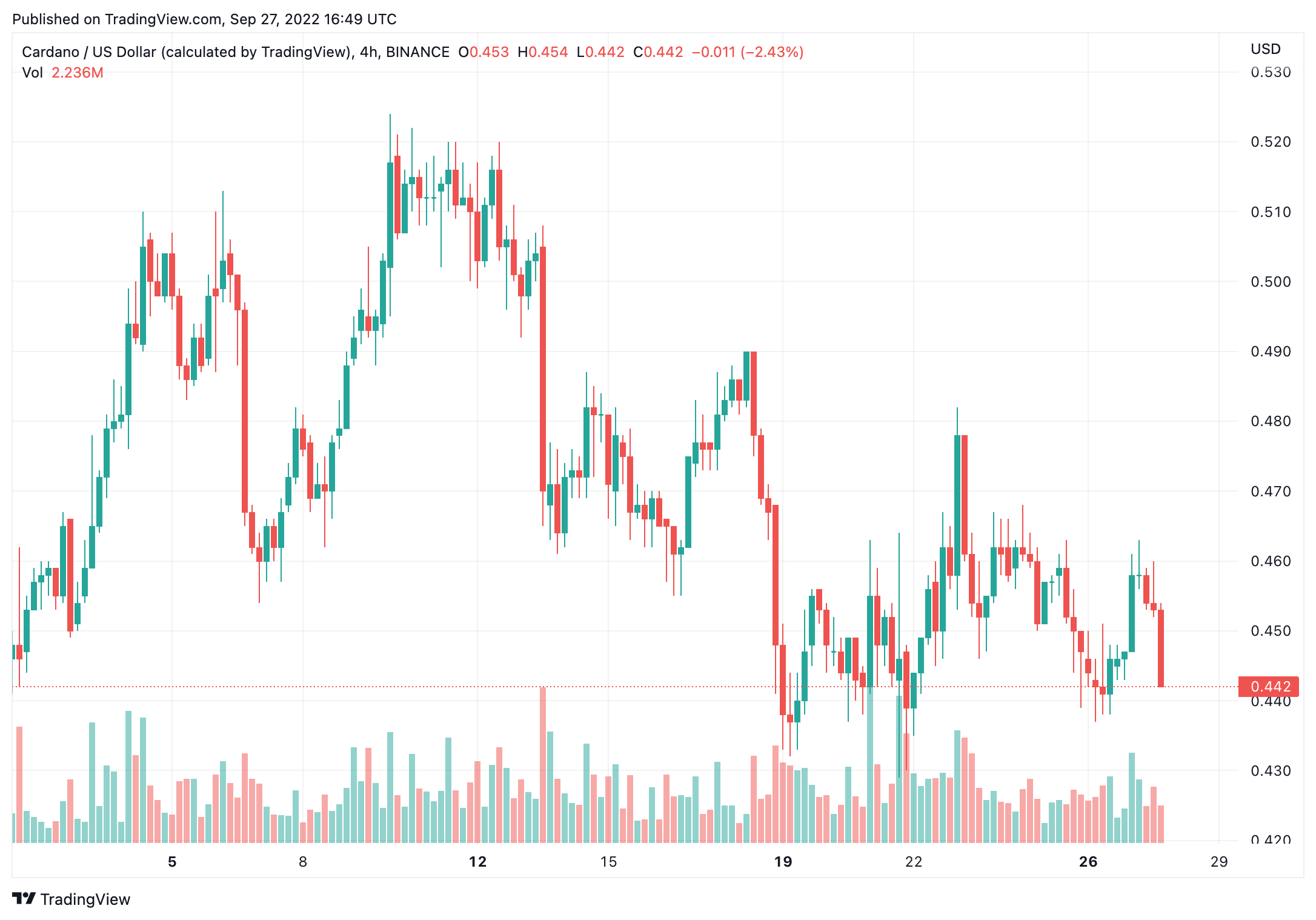 The Vasil upgrade was triggered on mainnet on Sept. 22. Vasil hopes to enhance Cardano’s smart contract capabilities through Plutus V2 scripts and cost models, which add greater efficiency. In the end, it aims to decrease transaction size and script execution costs while enhancing throughput. According to IOG, monitoring will continue for at least four epochs after the hard fork, after which a decision about future adjustments will be made based on “regular” network bandwidth.

Massive Bitcoin buying volume was also spotted on two other exchanges, but everything is in a bubble