After trading sideways for a few months, the Bitcoin price is likely to be ready not only to break out of the trading range but also to exit the multi-year triangle model. However, the bulls must be careful with the latest push over the $ 10,000 trigger, not just one, but two selling setups on the same indicator on the BTCUSD daily price chart.

The hype surrounding Bitcoin Halving brought BTC above $ 9,000 at the end of April just weeks after Black Thursday brought BTC price down to $ 3,800. Taking profits from a rally of more than 100% in combination with buying ahead of what most investors believe is the next bull market, resulting in a balance in price action.

The sideways trend lasted for more than 90 days, but since this week, before the expected stimulus packages from the US, BTCUSD has likely started to breakout. Bitcoin has risen against the dollar starting early last week, raising more than $ 1,000 to over $ 10,300 where it is currently trading.

The rebound broke the resistance on the leading trend line that comes from the all-time high of the asset, forming a large, multi-year triangle. If BTCUSD can hold above the main trend line and close, it could be a sign that a new uptrend has officially begun.

But before the bullish cryptocurrency investors broke the champagne glass in celebration of the bear market closing, not one, but two bearish signals appeared on a very accurate indicator.

Two Bearish sell signals could halt the progress of cryptocurrencies

Read through most of the crypto community’s topics, there are lots of flapping and ostentatious activities by the bulls. These cryptocurrency investors have declared victory over the bears with Bitcoin trading back above $ 10,000 again.

Although the cryptocurrency has been rejected at this level many times, the consensus is that this time is different.

Stimulating money is pumping gold and other assets, and altcoins are gathering everywhere. It should not be surprising that the world’s scarce assets are rising against the dollar as fiat currencies flood the market.

But before the bulls rise above themselves, this latest push of over $ 10,000 has triggered two danger signals.

The TD Sequential indicator has been used to call many peaks and troughs in Bitcoin over multiple time frames. The asset has triggered sales at an all-time high, and again at the peak of February 2020 before Black Thursday.

Now that it is back again, signal not only set 9 but set combination 13 on the indicator. All 9 or 13 numbers themselves form a sell setup on the indicator, created by market time expert Thomas Demark.

This indicator is not perfect, and the current uptrend and conditions may prove too much for the bear to gain any advantage. However, with the accuracy of the indicator in the past, it would be wise for the bulls to track the closing date today to see how the signal unfolds.

Bitcoin is predicted to reach $ 24,000 in just six months

According to full-time futures trader Adam Mancini, Bitcoin is ready to end its three-year consolidation and follow gold’s lead.

Bitcoin $BTCUSD is setting up for a move – likely to follow in $GOLD‘s footsteps. We’re coiling into a multi-year triangle, and these don’t resolve with small moves. Given the trend entering this pattern was up, this should resolve the same way with 15k then 24k targets pic.twitter.com/9rRFm75PPp

Mancini’s prediction came when Bitcoin broke the psychological resistance at $ 10,000. While BTC struggled to reach that level throughout the year, Glassnode showed since the coins were last moved, brief flat as BTC rallied above $ 10,000 over the weekend, indicating that HODLers are not taking the opportunity to sell their crypto. 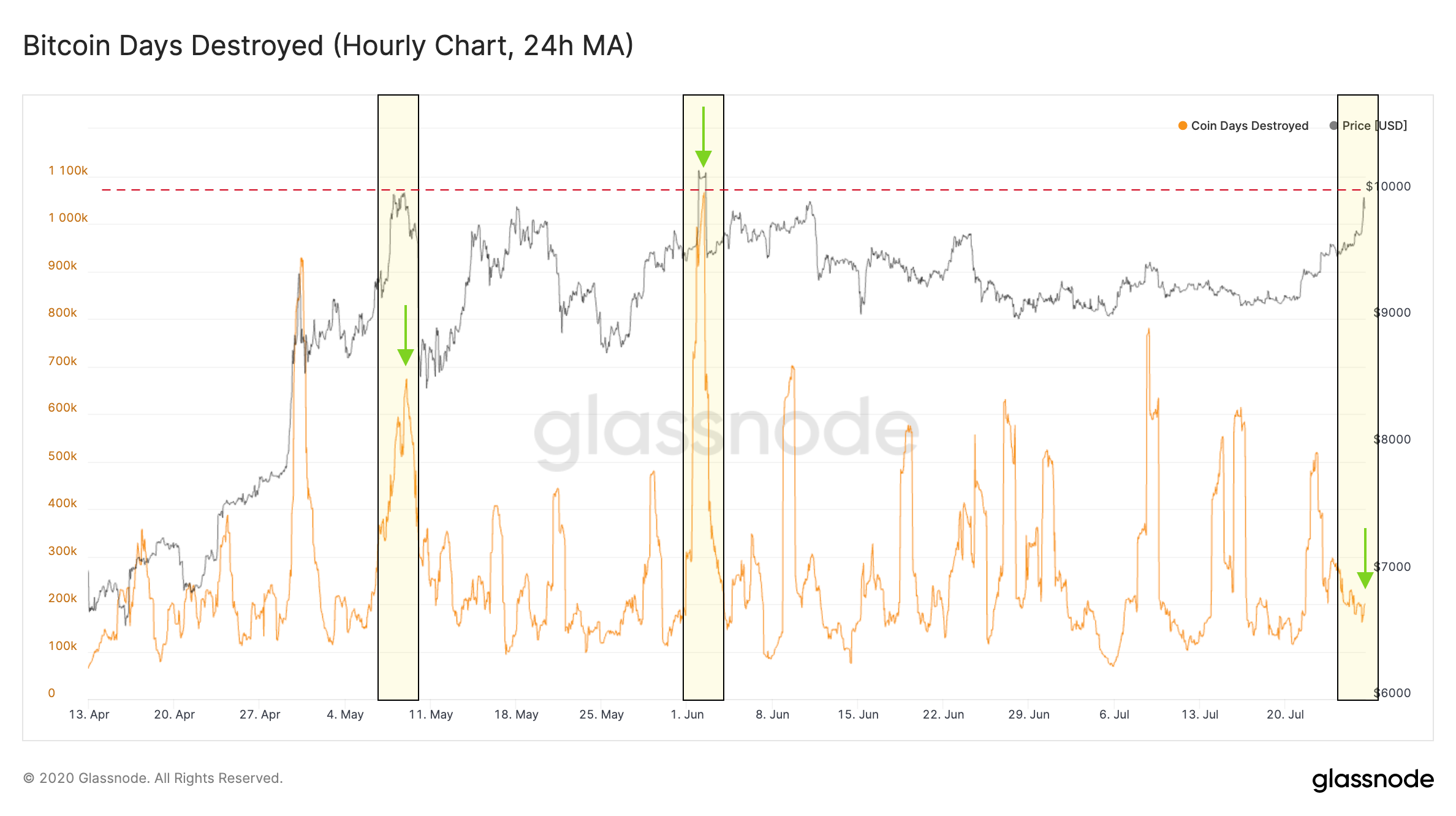 Here are seven technology trends you should watch for in 2020, and some of the jobs that will be created by these trends

What is Yearn.Finance (YFI)?