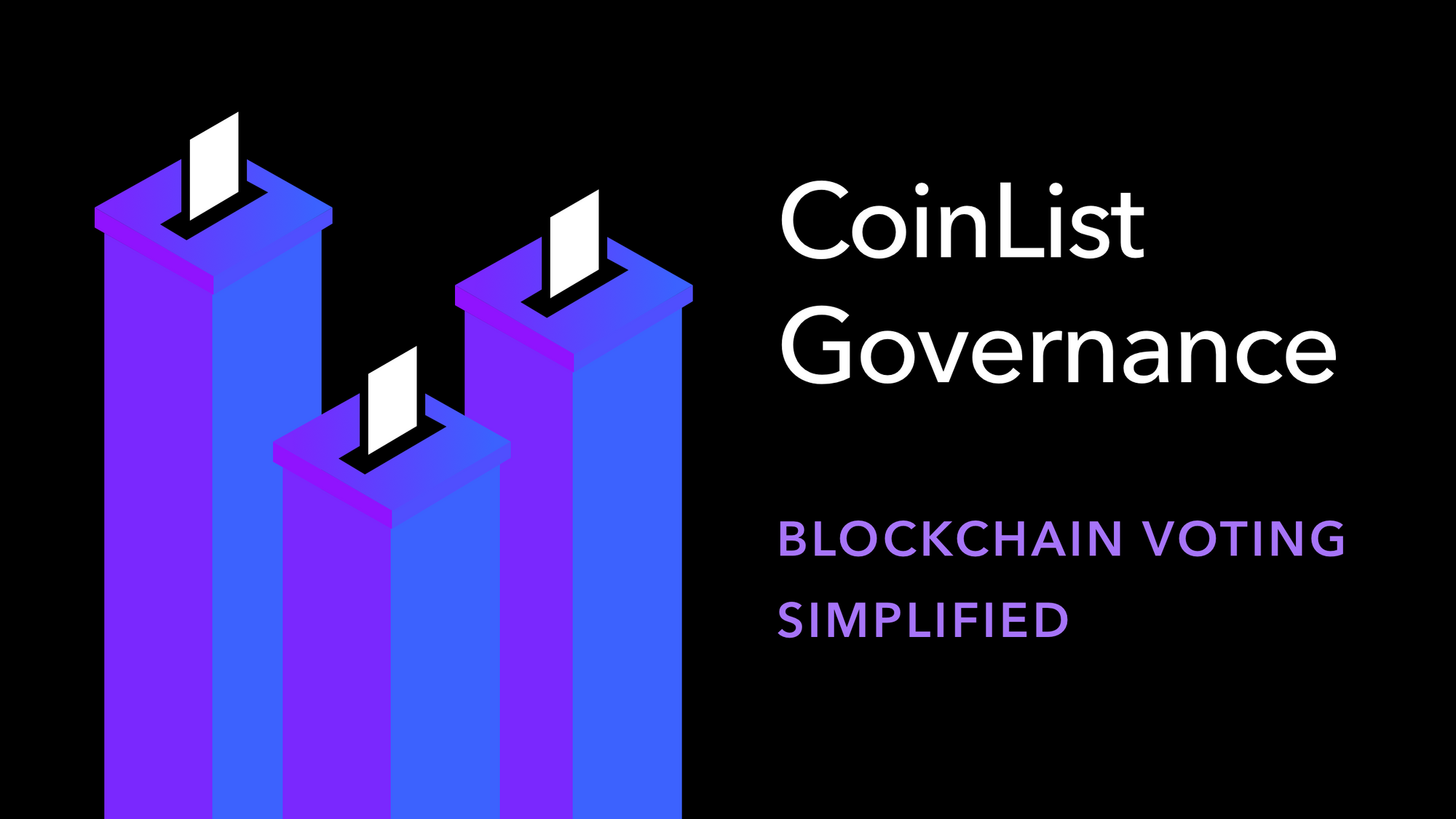 At CoinList, our mission is to decentralize and advance crypto networks. To further that mission, last month we announced the launch of CoinList Governance starting with the Snapshot-based protocol Braintrust (BTRST). Since then, the Braintrust community has seen three proposals passed in which CoinList users played a significant role in.

CoinList users want to participate in governance but haven’t had the opportunity to do so easily without moving their tokens on-chain which is a high friction activity. With CoinList Governance, users can vote seamlessly on CoinList and never miss a vote. Not only has it activated more existing BTRST holders to participate in voting, but it has also increased the number of BTRST token holders.

Why is high voter turnaround important?

High voter participation rates are critical for the decentralization and security of crypto networks:

One of the biggest challenges for crypto networks is regulations and protocols should do everything in their power to maximize decentralization. Finally, poor governance participation exposes networks to malicious governance attacks, as exhibited by the Build Finance DAO’s hostile governance takeover. Such attacks can permanently damage or even destroy crypto networks, thus representing existential risks for networks. CoinList Governance is designed with those challenges in mind and hopes to further decentralize and advance the crypto networks we support.

This post is being distributed by Amalgamated Token Services Inc., dba “CoinList,” or one of its subsidiaries. Use of the CoinList website is subject to certain disclosures, restrictions and risks available here.

Nothing in this post shall constitute or be construed as an offering of securities or as investment advice, tax advice or investment recommendations (i.e., recommendations as to whether to enter or not to enter into any transaction involving any specific interest or interests) by CoinList or any of its affiliates.

In a stunning twist, the U.S. government has found out that North Korea could be behind the Ronin hack

[Polygon] Polygon Partners With Tech Company Nothing to…

[Polygon] Polygon Partners With Tech Company Nothing to…