In 2017, the moment Bitcoin price soared, the phrase “listed on Coinbase” meant that the cryptocurrency would go up. People call it the Coinbase effect (later there is the Binance effect … but that’s another story).

The Coinbase effect is still persistent in the cryptocurrency market

Whenever Coinbase plans to list an altcoin, certainly, traders will continually shiled and pump the coin up. And normally, this event will take place in the following two cases. One is announcing potential coins for a new listing on Coinbae. The other is a confirmation message that will officially list the cryptocurrency. 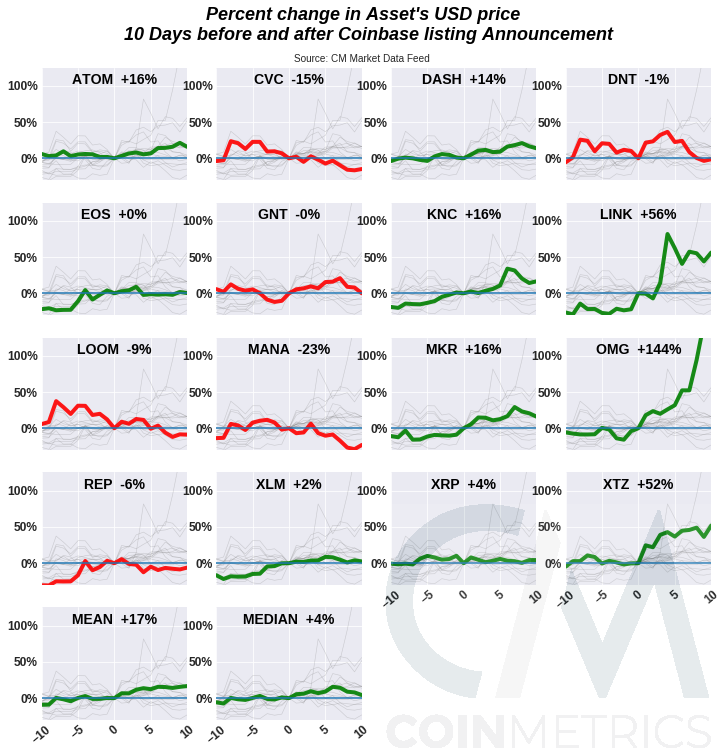 According to a report from Coin Metrics, based on Coinbase’s announcements about world assets from the 2018 bear market, the “flat, choppy” market in the summer of 2019, and the most recent “euphoric melt-up” market of today, we can see that almost in any market situation, those assets have significant short-term gains.

Recently, Coinbase is considering listing Bancor, Siacoin, Aragon and VeChain, etc. And Coin Metrics found that, when compared to the listing considerations of 2018 and 2019, this Altcoin group experienced a trend of accumulation. The largest, because the average and average price changes of these assets are in the range of 20% – 40% and continue to rise by about 20% in the next ten days.

In 2019, the market often saw higher returns on the expectations of the Coinbase Effect than in 2018. Although both listing considerations from these years occurred during a price drop for Bitcoin and most major cryptocurrencies, for assets that have been reviewed and subsequently listed for the period 2018-2020, CoinMetrics recognizes that many people have experienced significant price growth in the first ten days after the token listing announcement.

Of those coins, 60% are appreciated against Bitcoin and USD in the ten days after they are listed. But over 100 days, these benefits have finally leveled off (Only OmiseGo’s OMG is the exception).

The average and average values ​​to evaluate against the benchmarks range from -1% to + 14%. This range is much more realistic. Traders looking for a 100% or ‘ten x’ increase after listing may not have the odds in their favor, the report concludes. Therefore, Coin Metrics recognizes that the prices of these assets over time, are subject to the broader trend of asset classes, rather than being listed on one of the market’s most popular locations. 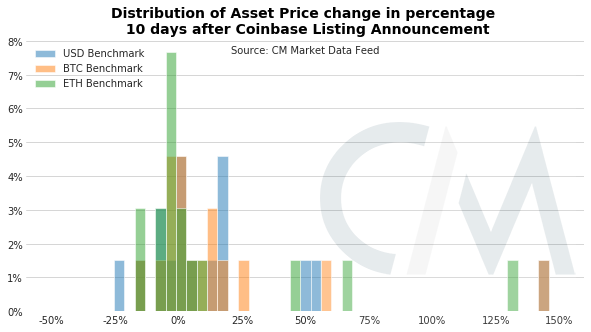 Therefore, if you have any expectations for the Coinbase Effect, it is very likely that you should only focus on those cryptocurrencies immediately after a notice of consideration and in the first ten days after Coinabse officially listed.

What is STASIS EURO (EURS)?